In the weeks since the last edition of What’s Affecting Oil Prices, Brent fell $0.11/bbl last week to average $61.51/bbl.

However, the news wasn’t all bad as much of the drop was actually driven by a sharp downward price move on Jan. 28 and by Feb. 1 Brent closed at $62.75/bbl—on track for our $63/bbl forecast, but a few days too late. WTI was a similar story, although it did in fact follow our forecast and close the week at $55.26/bbl. For the week ahead we see continued strength in prices, and again expect to see Brent averaging $63/bbl and WTI averaging $54/bbl or better. 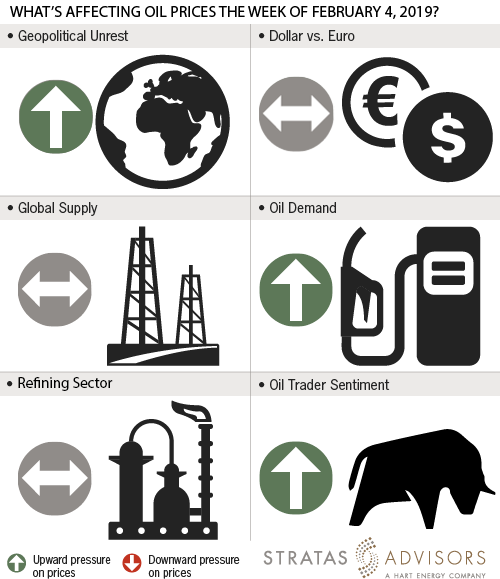 In the U.S., crude runs continue to seasonally decline, but likely builds in crude stocks will be offset by expected declines in product stocks. The situation in Venezuela continues to bear watching due to its implications for North American heavy crude oil flows but for the moment, developments are mainly political in nature, with limited physical impact.

Also worth mentioning, immigration negotiations to avert another government shutdown appear to be making very little progress. While we continue to think it unlikely that a full shutdown will resume in two weeks, we are raising our internal estimates of the likelihood of another partial shutdown. We also continue to watch for progress on trade negotiations between the U.S. and China. While Friday’s (Feb. 1) announcements were more positive than expected, at this point tariffs have been in place long enough that economic data out of China is more relevant. 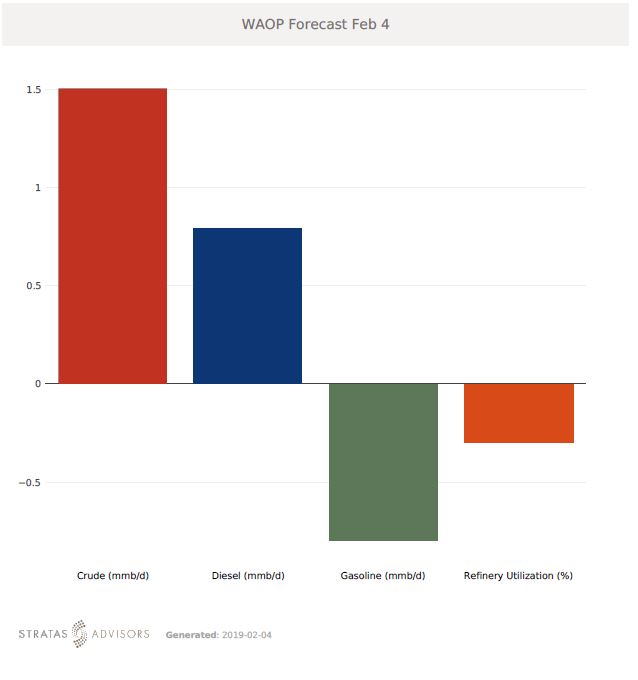 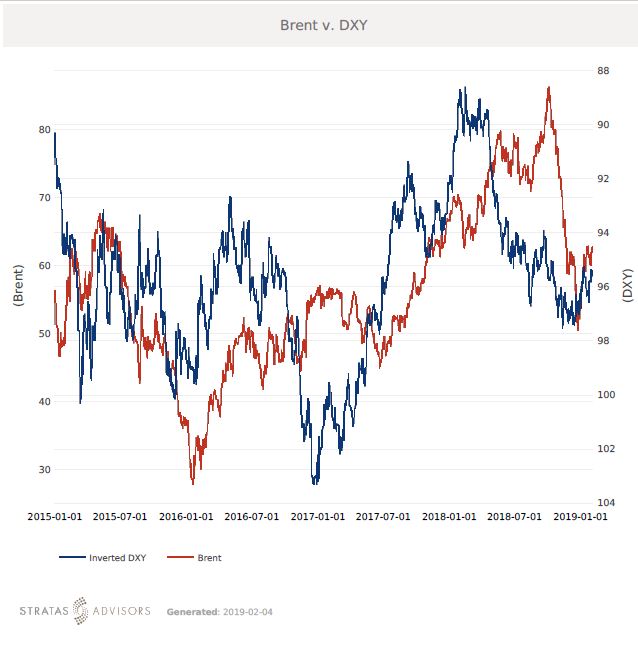 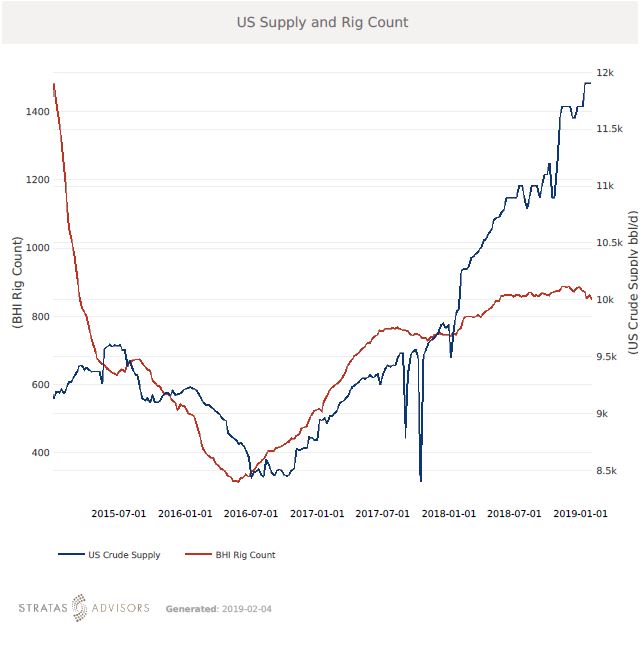 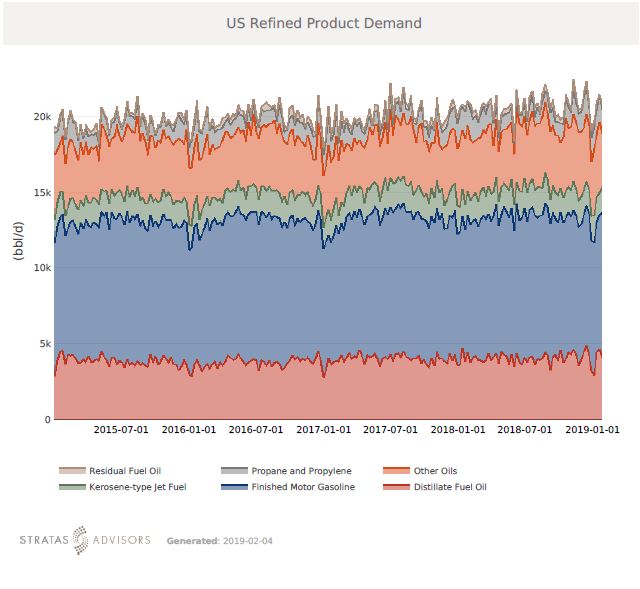 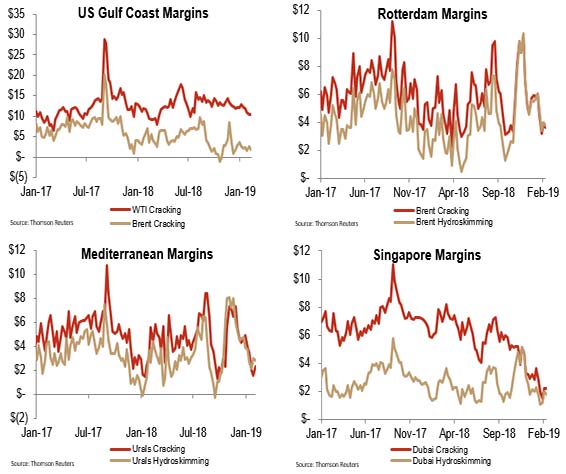 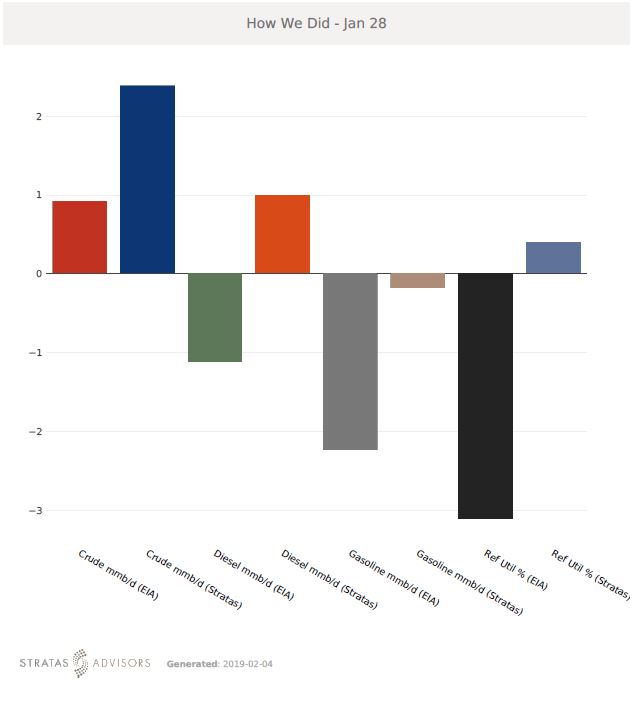 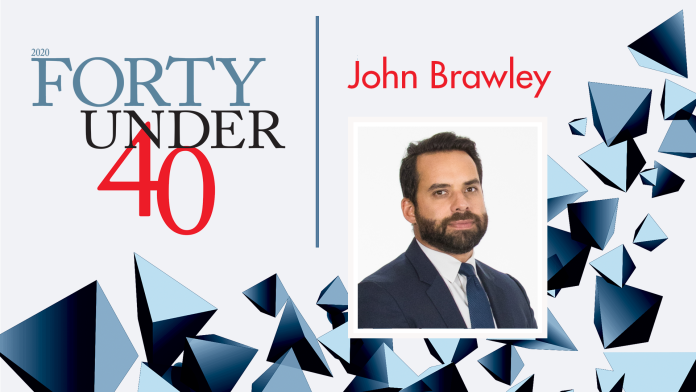 Talos Energy appointed Robert “Bob” Abendschein to head its operations as Stephen E. Heitzman, COO and one of the founders of the offshore focused E&P, resigns.