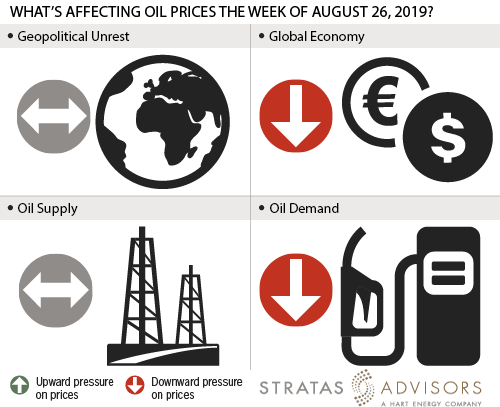 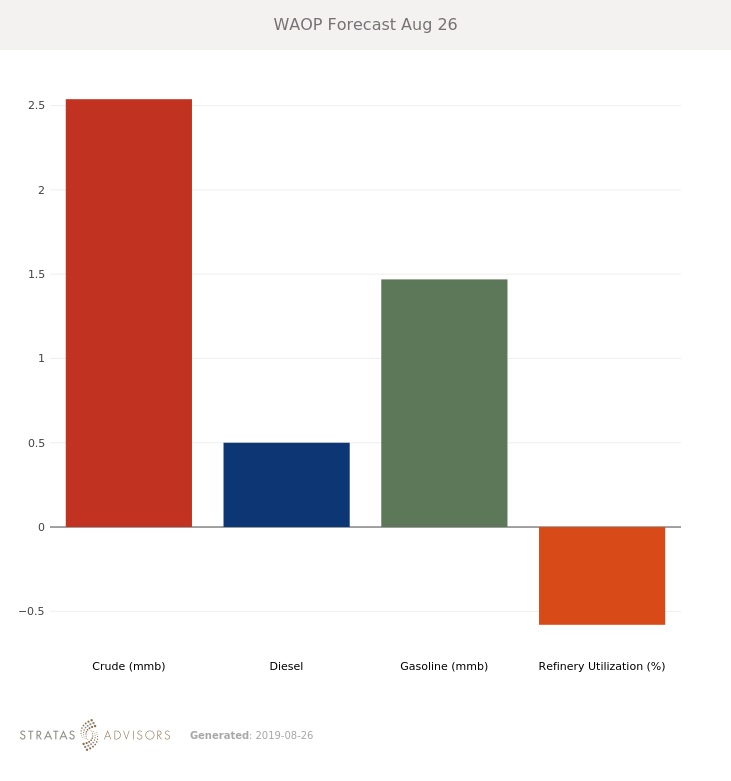 On a weekly-average basis, both Brent and WTI gained slightly; however, both crudes ended the week lower than they began it. Brent increased $0.62/bbl to average $59.87/bbl (only slightly below our $60/bbl forecast) while WTI increased $0.23/bbl to average $55.55/bbl. Confusion and concern about the trade dispute with China dragged down prices at the end of the week and will continue to impact markets this week. For the week ahead, Stratas Advisors expect Brent to continue weakening, averaging $59/bbl.

As the G-7 meeting wraps up, President Trump claims that Chinese officials have reached out in a desire to resume trade negotiations. While prices have started the week up on the news, we feel the optimism is unlikely to last, especially as the request remains unconfirmed. Last week saw a flurry of news around increased levels and breadth of tariffs with both sides threatening increases. Additionally, Trump appears to be pivoting to focus on U.S. companies that are continuing to conduct business in China in an effort to force them to reduce overseas activity. Concerns about increased aggression in the trade war will drag markets down. On top of trade concerns, one measure of U.S. manufacturing activity appeared to show a contraction for the first time in a decade.

Iran was also back in the spotlight this week after the Iranian Foreign Minister was in the town of Biarritz at the same time as the G-7 meeting at the invitation of the French government. Although no actual progress has occurred, the two sides (U.S. and Iran) appear more amenable to a meeting after extensive efforts by French President Macron. Currently both leaders have declared themselves willing-in-principle to meeting, although Trump has said such a meeting is unlikely at this time. While the almost imperceptible thaw in relations will have little effect on oil flows, it could help ease concerns about a confrontation in the Gulf of Oman. 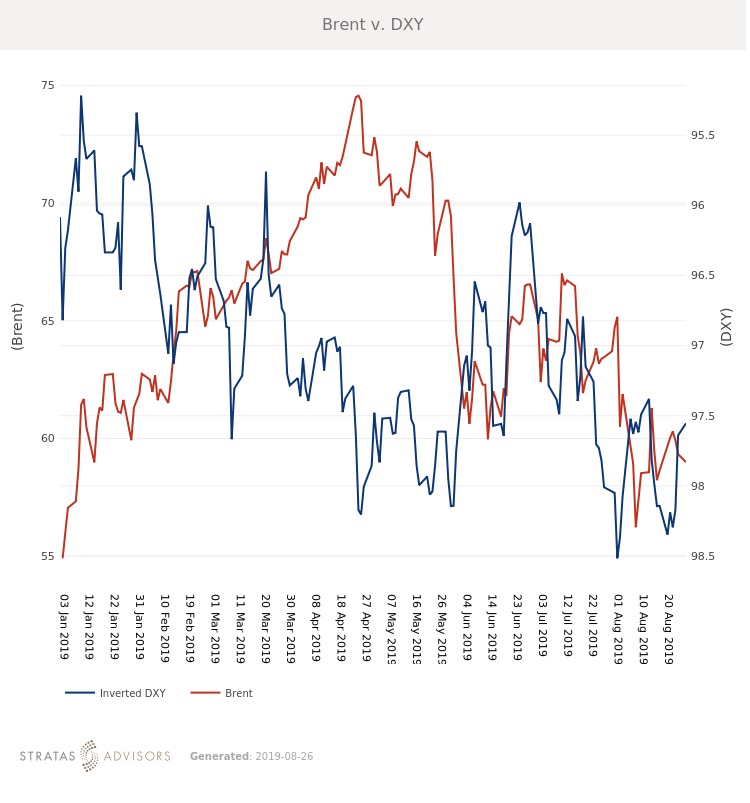 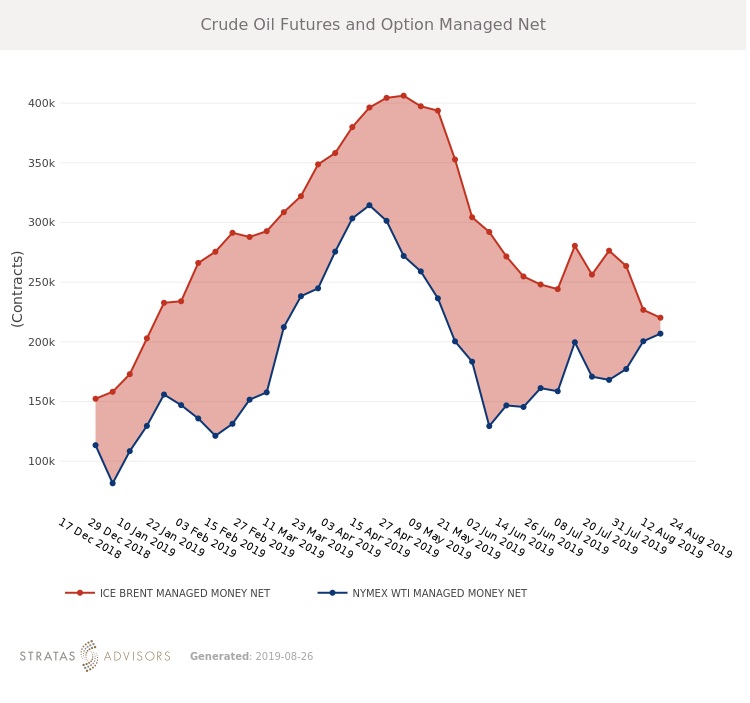 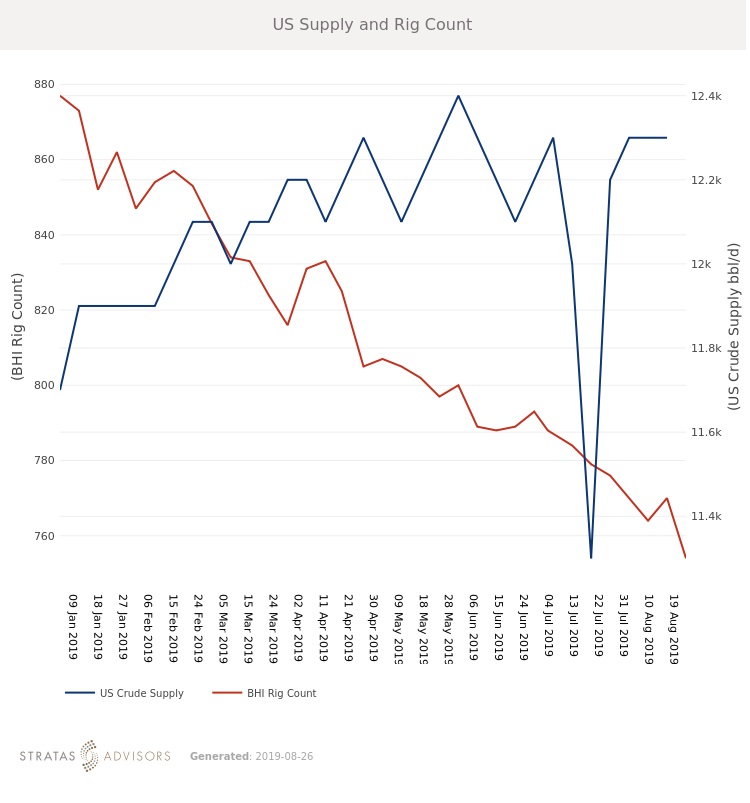 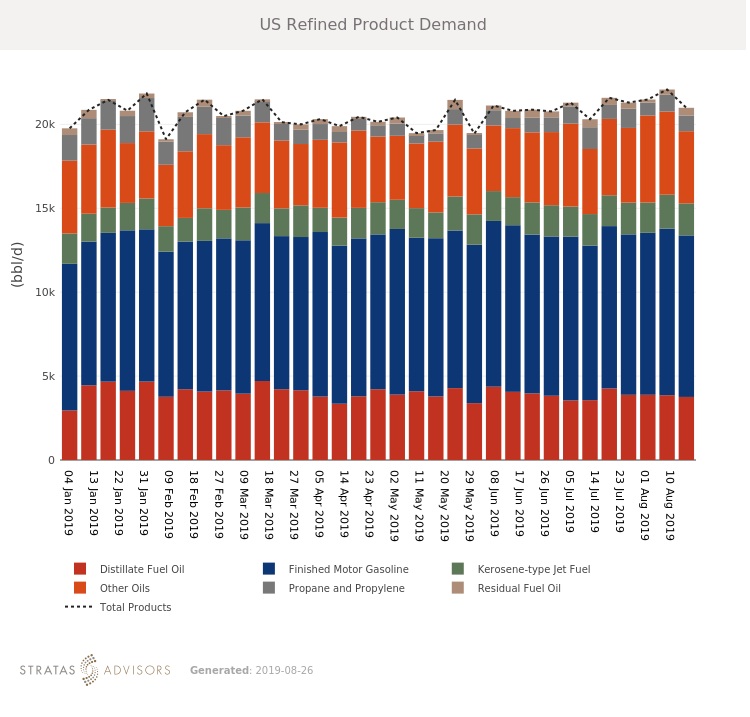 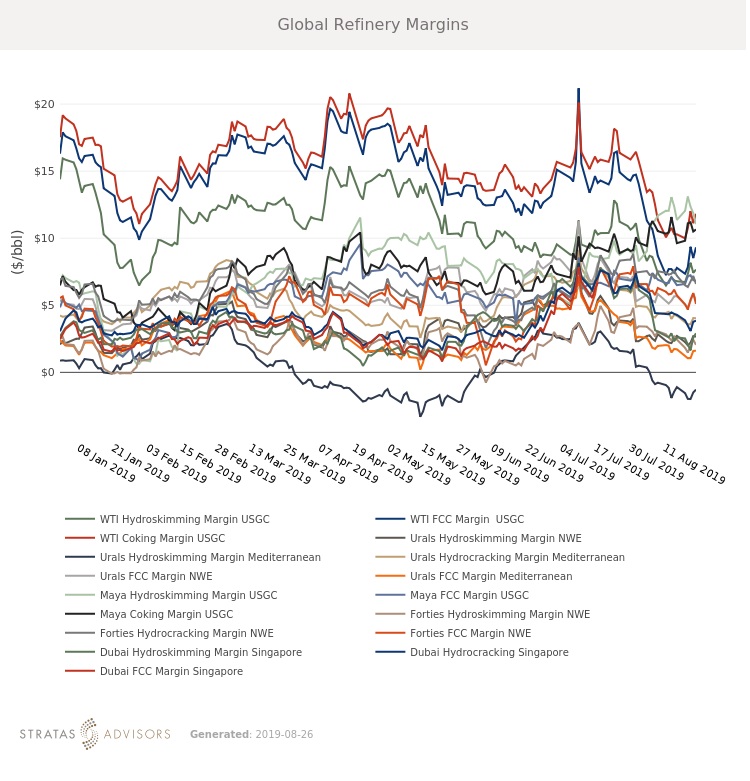 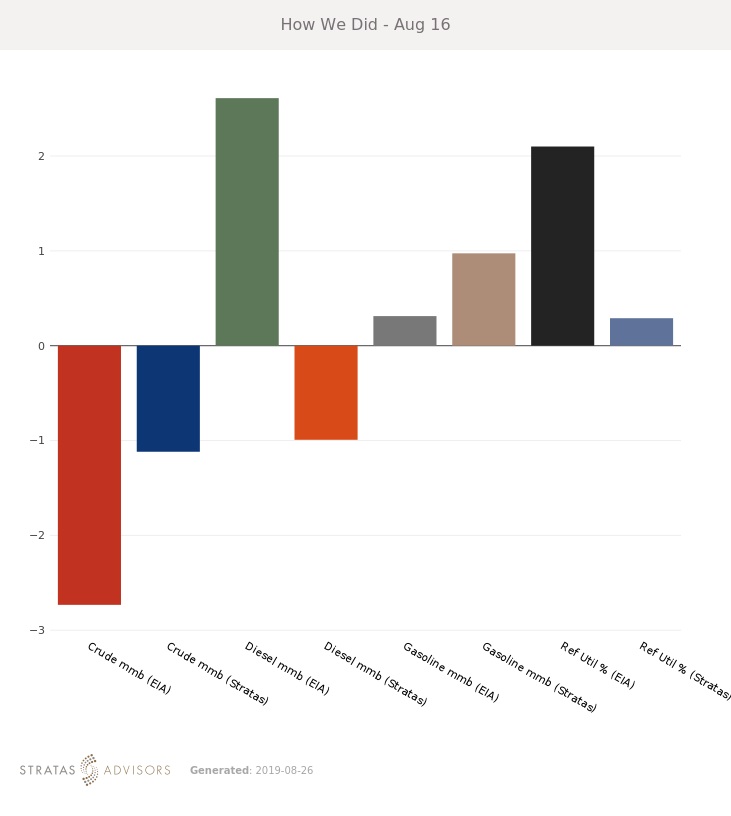 Sempra: Coronavirus Has Not Hit Talks With LNG Buyers

Worries about exports have eased, with China back to accepting shipments. 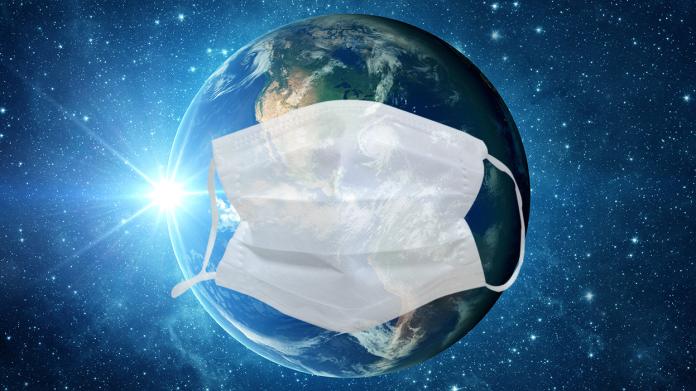 Frac Spread: Oil And Gas Markets Brace For Next Impact 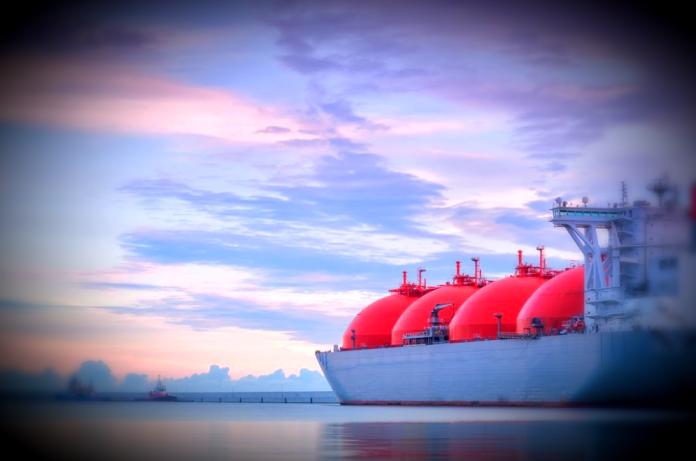