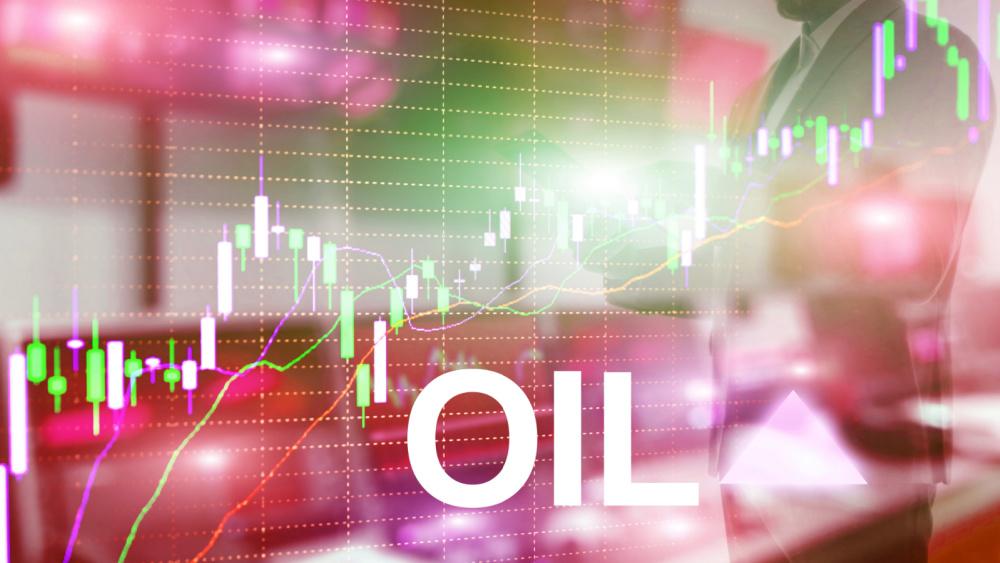 The demand picture continues to show signs of weakness. Looking forward, however, from a global perspective, Stratas Advisors still projects oil demand will grow during the second half of 2022, the firm said in its latest oil price forecast. (Source: Shutterstock.com)

As we expected, oil prices declined last week because of disappointing economic data and weak demand growth coupled with the supply side of the equation stabilizing. Additionally, prices were not helped by the recent price movements resembling a descending triangle, which is a bearish chart pattern. With the declines of last week, oil prices have dropped below trends, including the 200-day moving average, for the first time since December 2021.

Looking forward, however, from a global perspective, we are expecting that oil demand will grow during the second half of 2022, and on average, we are forecasting that global demand will increase by 2.63 million bbl/d in 2022. (For a complete forecast of refined products and prices, please refer to our Short-term Outlook) 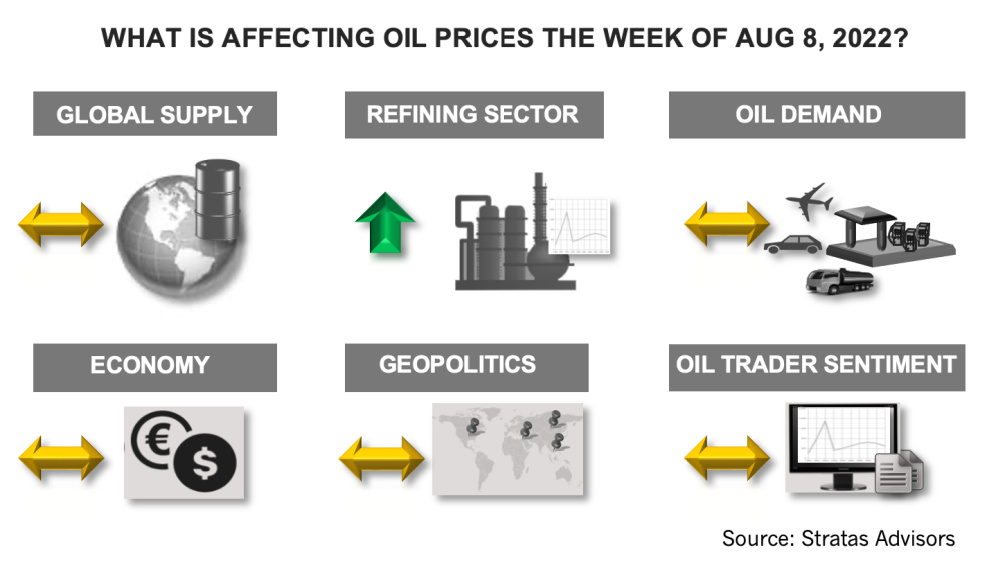 While the U.S. economy has had two quarter of negative growth, the recent jobs report indicates that the U.S. economy still has some residual strength. The U.S. economy added 528,000 jobs in July—and with the recent gain in jobs, the U.S. economy has now regained all the jobs that were lost as the result of COVID-19. Additionally, the unemployment rate declined to 3.5%, which matches the pre-pandemic level and the lowest in 50 years. The U6, which is a broader unemployment metric that takes into account the discouraged, underemployed, as well as the unemployed remained unchanged at 6.7%. However, the U.S. participation rate declined to 62.1% from the previous month of 62.2%. Furthermore, average hourly earnings increased by 5.2% (year-on-year basis), which remains well below the overall inflation rate of 9.1%. The lower increase in hourly wages indicates that inflation is not being driven by wage increases, but instead wage increases are being driven, in part, by inflation of other goods and services.

The latter point highlights one of the major risks associated with the U.S. economy in that real wages are not keeping pace and therefore, purchasing power of consumers is being eroded. The risk will only increase if inflation continues to be elevated. However, there are signs that inflation is waning with a range of commodity prices (including crops, metals, and energy) declining in recent weeks. There are also risks with the economies of other regions, but there are also some positive developments, including the GDP growth rate of 4.0% that Europe reported for July. Additionally, China reports record level of exports in July with an increase of 18% in comparison to the same period of the previous year.

As mentioned above, the supply situation has been stabilizing and will be furthered so by Europe delaying plans to lock Russia out of the Lloyds of London maritime insurance market. As reported by the Financial Times last week, the sanctions approved by the U.K. in July only prohibit insurance for vessels shipping Russian oil to the U.K. (taking effect at the beginning of next year) and does not ban insurance on oil shipments from Russia to other countries. While the EU insurance ban remains with no new insurance allowed on vessels shipping Russia oil and existing insurance becoming invalid after Dec. 5, the EU is allowing European companies to deal with some Russia state-owned entities, including Rosneft. However, supply will remain tight with minimal surplus capacity and limited ability of OPEC+ to increase supply. While Libya’s production rebounded last week to 1.2 million bbl/d, production in other African producers, including Nigeria, continue to lag. Nigeria’s production in July fell to 1.08 million bbl/d from 1.16 million bbl/d in June. Additionally, the U.S. production continues to increase slowly. At the beginning of the year U.S. oil production was 11.7 million bbl/d and for week of July 29, production was 12.1 million bbl/d, which is still around 1 million bbl/d less than the peak production before COVID-19. Furthermore, at some point, the U.S. is going to stop pulling barrels out of the Strategic Petroleum Reserve (SPR). Since the beginning of March, SPR inventories have been drawn down by 103 million barrels, which equates to 4.68 million barrels per week and 669,000 bbl/d. The SPR currently holds 470 million barrels of oil, which is the lowest level since 1985. Of course, in 1985, U.S. crude oil demand was around 12 million bbl/d, and is now around 16 million bbl/d, so the SPR is effectively only 75% of that in 1985.

Therefore, with consideration of our short-term outlook for demand and supply, we are expecting that oil prices will rebound from the current level and, for the most part, the price of Brent crude will remain throughout the third quarter within the channel between $100 and $120.