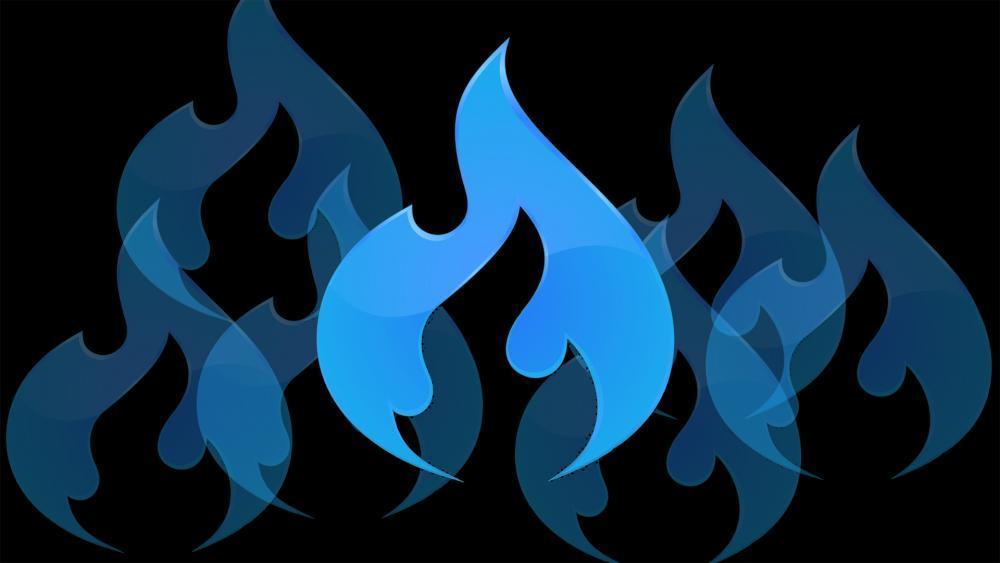 Our storage analysis leads us to expect a 97 billion cubic foot (Bcf) build for the report week of Oct. 4. If our forecast stands, our expectation will be above the current 93 Bcf consensus forecast and 8 Bcf higher than the five-year average of 89 Bcf.

Our overall view for the week is to see a negative movement in Henry Hub prices. We anticipate Henry Hub prices will likely trade this week within +/- 5 cents of the Oct. 7 $2.30 per million British thermal unit (MMBtu) closing price. 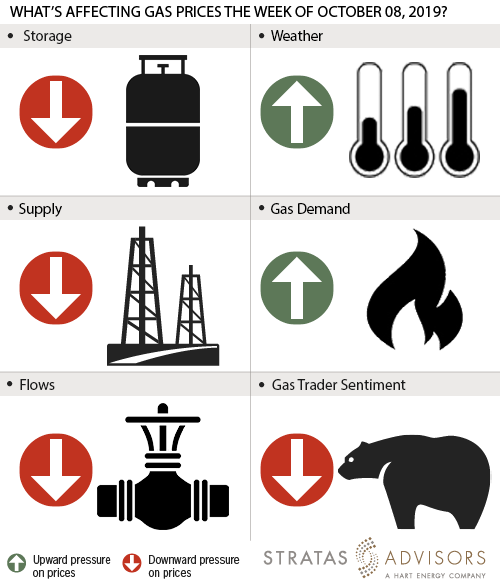 We estimate a storage build of 97 Bcf will be reported by the U.S. Energy Information Administration (EIA) for the week ended Oct. 4. Last week, EIA reported an above normal 112 Bcf injection for the prior week. The build increased inventory levels to 3,317 Bcf, 465 Bcf higher than the year-ago value but still 18 Bcf short of the five-year average. With the expectation of a 97 Bcf injection, we expect this week’s build to be higher than five-year average of 89 Bcf. With a higher injection expected this week compared to the five-year average, we see storage changes as a negative driver for gas prices this week.

Supply levels increased for a consecutive week to post an average of 93.3 Bcf/d, compared to 92.67 Bcf/d from the previous report week. Accordingly, supply will likely apply negative pressure to this week’s price activity.

Residential and commercial sector demand moved up by 1.97 Bcf/d or 13.8 Bcf to average at 10.47 Bcf/d for the report week. Industrial demand showed week-on-week gains of 0.19 Bcf/d and a weekly average value of 21.27 Bcf/d. We expect structural demand-side drivers for the report week to have a positive effect on prices.

The U.S. Commodity Futures Trading Commission's (CFTC) Oct. 4 commitment of traders report for Nymex natural gas futures and options showed that reportable financial positions (managed money and other) on Oct. 1 were 121,303 net short while reportable commercial operator positions came in with an 88,193 net long position. Total open interest was reported for this week at 1,198,913 and was up 23,055 lots from last week's reported 1,175,858 level. Sequentially, commercial operators this reporting week were adding to longs by 5,800 while adding to shorts by 32. Financial speculators cut shorts and cut longs for the week (-8,665 vs. -8,499, respectively). Overall, we see trader sentiment will likely be negative this week. 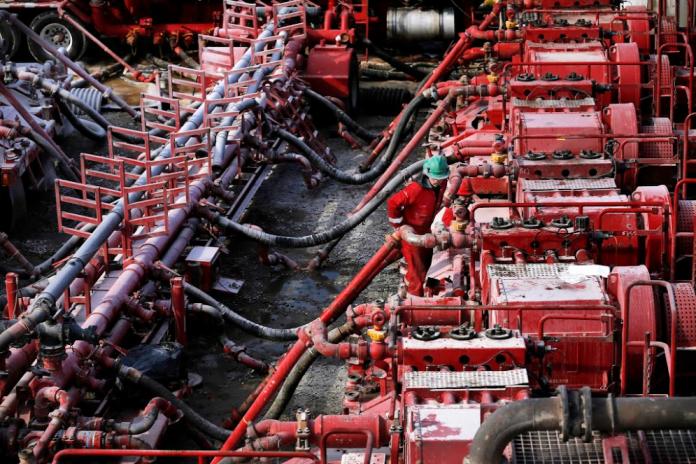 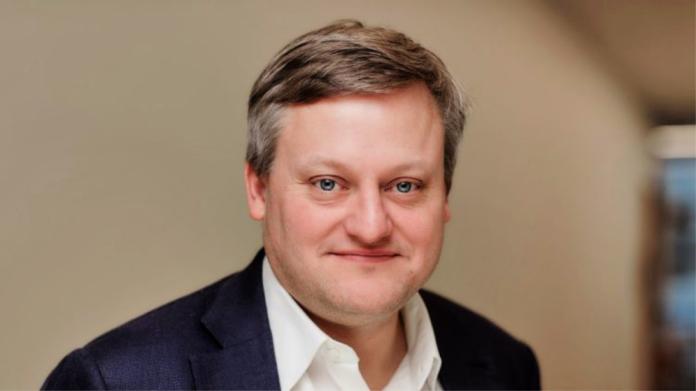