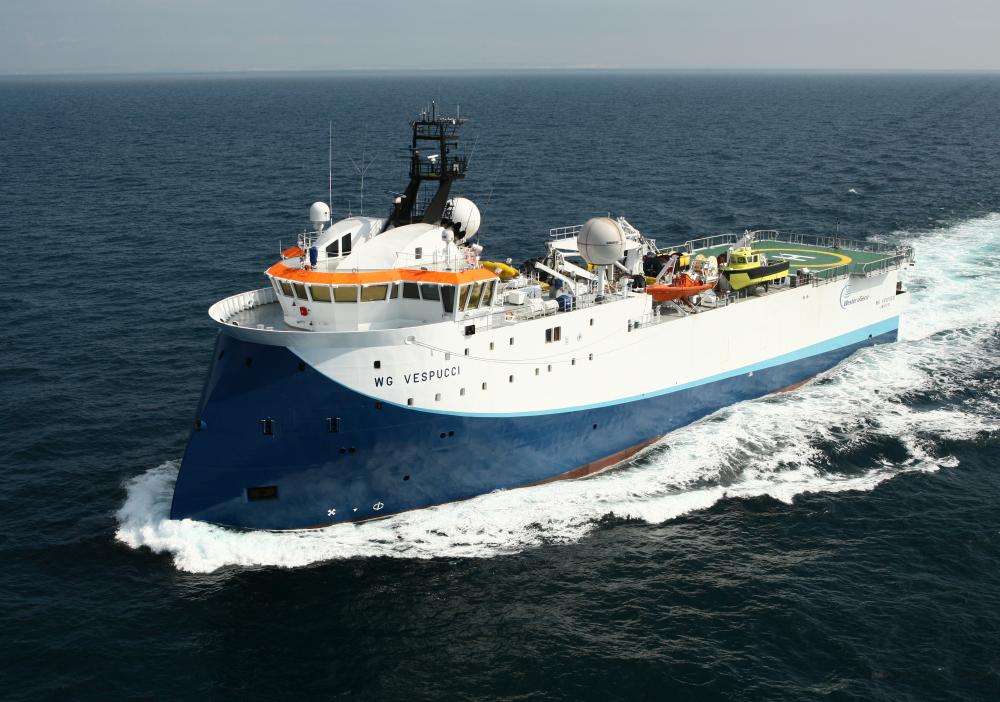 The WG Vespucci is one of three newly configured MPVs in the WesternGeco fleet. (Source: WesternGeco)

The marine seismic industry is in a difficult situation. At a time where new technologies are illuminating the subsurface like never before, operators are scaling back on their exploration and development efforts. So what if the contractors could still offer all of their amenities, just in a smaller package?

WesternGeco recently tested this theory with one of its Explorer-class vessels, the WG Vespucci, offshore Malaysia. Considered a multipurpose vessel (MPV), the WG Vespucci conducted a 340-sq-km (131-sq-mile) survey offshore Malaysia for Roc Oil using a triplesource array with simultaneous recording by oceanbottom nodes and a towed-streamer spread, all from a single vessel. It was an industry first.

“Traditionally you have vessels that do towed streamer acquisition,” said Tim Brice, technical sales manager for WesternGeco. “You have crews that do node acquisition. You have source boats.

“We realized that the WG Vespucci vessel was an ideal platform because it’s a medium-sized, very versatile vessel with dynamic positioning capabilities.”

The WG Vespucci has the capability to deploy up to 6,000 nodes or eight 10-km (6-mile) streamers or some combination of these, he added. “They can all be on the vessel at once,” he said. “There aren’t any other crews in the industry that can do that.”

The vessel is ideal, he added, in areas where offshore installations or other obstructions might make a streamer survey challenging. It also can be used in shallower water.

The water depths in the Malaysian survey varied from 25 m to 50 m (82 ft to 164 ft), and the area was obstructed by jackup rigs and floating production facilities, Brice said. Ordinarily, companies would be forced to use a number of vessels to acquire any seismic data in this setting. In this case, nodes were deployed around the obstructions, and then a conventional towedstreamer survey was carried out over the full area. After the shooting was complete, the streamer and node survey data were combined into a single dataset.

The downturn makes this type of solution attractive, but technology also has played a role. Brice said nodal technology has improved substantially in recent years, yielding smaller and more reliable nodes coupled with better deployment systems. This makes it possible to carry and deploy them from a streamer vessel.

He added that as the technology improved, the company began toying with the MPV concept. But the right project had to present itself. The Malaysian survey fit the bill.

“The initial concept of the node handling system was already in place,” Brice said. “We didn’t have secured work at the time, but we thought the time was right to finalize the design and install it.”

While it might seem that oil companies will benefit more than service companies by MPVs, Brice said this concept actually helps keep vessels busy. “With seabed acquisition, quite often you get projects, and then there’s a hiatus,” he said. “Now with MPVs our clients are offered a cost-effective solution to better fit their specific challenges and budget, and we have a flexible acquisition platform that we can use for many different types of projects.” 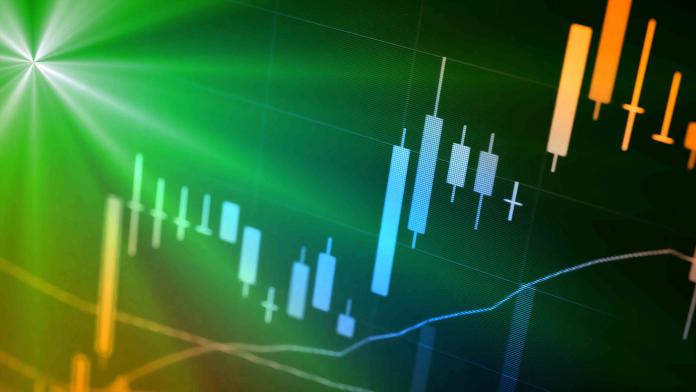 Most recently, Ravi Purohit served as general counsel at Blackstone Infrastructure Partners, a $15 billion open-ended global infrastructure fund, through a secondment from the partnership at his prior firm. 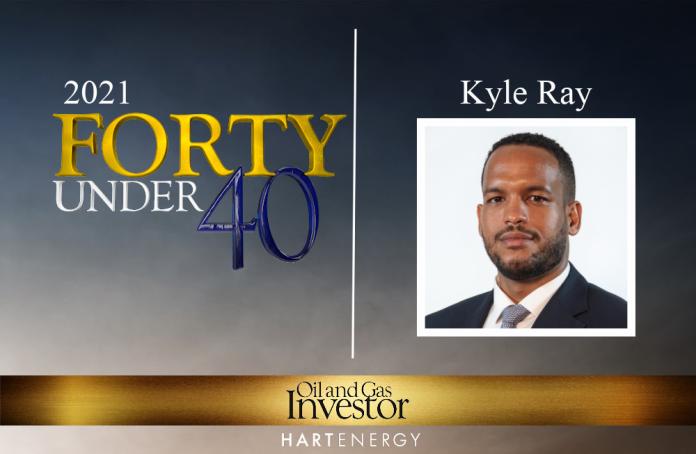 Today’s featured Forty Under 40 honoree is Kyle Ray, executive vice president of engineering and finance at FourPass Energy, which he helped shape after leaving Blackstone Credit.