Water is essential to hydraulic fracturing and the recycling and reuse of it have become a larger part of the conversation surrounding the oil and gas industry and the ESG stories it tells.

Leaders of the water management industry spoke at Hart Energy’s recently held Energy ESG Conference regarding beneficial reuse of water, its relationship to seismicity and the current challenges recycling and reuse of water faces. While investors and regulators alike have begun to recognize the value of water reuse, major shortfalls in infrastructure, cost and a lack of standardized regulations dampen the widespread adoption of the practice.

“Really a lot of progress has been made to help solve the problem of moving water,” said Michael Dunkel, a water management consultant with Tetra Tech. “If you’re going to reuse water, if you’re going to do anything progressive with water, you’ve got to move it around, and it’s heavy.”

“Cost is the main thing,” Dunkel said. “Just the treatment cost is pretty high, right? So, economically, it hasn’t been viable, yet. There’s no government incentives here.” 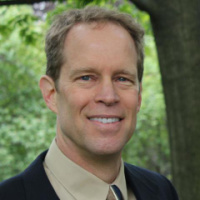 “Unquestionably, the market has evolved to where treated produced water is a cost advantage to groundwater.”—Michael Dunkel, Tetra Tech

Amanda Brock, CEO and president at Aris Water Solutions, a publicly traded company that provides comprehensive water treatment solutions, said that at her company, beneficial reuse is “the very core of what we do.”

Aris functions within the drought-stricken Permian Basin and, very early on, the company was working with various groups, including Texas A&M, to find other economic and environmental ways to reuse produced water. They have seen some success in using treated produced water to grow non-consumptive agriculture, but cost is still a major factor in implementing these beneficial reuse initiatives. Still, Brock sees a way forward.

“We believe that the cost can be significantly lowered,” she said. But in order for that cost to come down, “the regulators have to catch up.”

“Currently in Texas and New Mexico, there is no clear standard to which you can actually use produced water for purposes outside the oil and gas industry,” Brock said. “But it will happen.”

“Recycling is the most obvious beneficial option to the produced wastewater coming out of oil and gas,” said Matt Gabriel, founder and CEO of XRI, a water midstream company focused on water recycling and reuse.

Gabriel explained that he is proud to be associated with an industry that’s taking a strong lead with the development and the expansion of environmental initiatives, but “it’s still a profit-driven business.”

Last year, roughly 7% of the industry was leveraging recycled produced water for their completions, compared to current initiatives coming from XRI’s customers demanding that 80% of their water completions use recycled water, he explained.

“Recycling is hitting its renaissance,” he said. “We’re going to see massive adoption of that.”

But it’s not just about the potential profitability of recycling water. Studies have shown increased seismicity correlating with deep well injections in the Permian Basin and in Oklahoma.

While she doubts that seismicity is a function of deep well injection, Brock cannot question that increased seismicity in the Permian Basin is correlated with deep wells.

“I think that a lot of the operators are concerned. If there is seismicity, and if it does correlate to deep well injection, we should focus one, on shallow injection, and two, on ways to avoid as much disposal,” she said. “The emphasis in looking at beneficial reuse is also a consequence of looking for ways to use this water other than disposing it into deep wells.”

Which is where beneficial reuse and recycling comes in.

“It’s pretty obvious, the less water that we can dispose of, it’s probably going to help that seismicity problem,” Dunkel said. “The regulators have recognized that connection.”

Regulatory requirements affecting the processes related to treating, moving and managing produced water vary by state. Still, while the regulations have not always been beneficial to those trying to incorporate water reuse and recycling into their processes, they are getting better.

“In Texas, the Railroad Commission is very pragmatic,” Brock said.

Texas has the concept of “rule of capture,” which means every landowner has a vested interest in the water beneath their land, she explained. Trying to regulate that in a way to make it more efficient or to encourage reuse gets to be problematic.

“The Railroad Commission is supportive,” Brock said. “They understand water is a critical component to the extraction process.”

The New Mexico regulators, Brock explained, “are very reactive. But they have early on, earlier than the [Texas] Railroad Commission, encouraged reuse.”

“Each basin is different,” Dunkel said. “Each state has their own set of rules.” 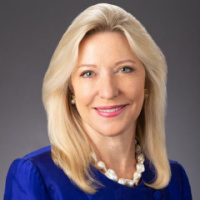 “The great ESG debate is on right now. ... Sometimes it’s confusing to even know what the pitch is, so you just try and do the right thing.”—Amanda Brock, Aris Water Solutions

“I would say that the place where the regulators are still behind the eight-ball is with beneficial reuse,” he said. “There’s not a very clear path forward, it’s complicated, and it’s not happening yet. So progress could be made, we could hope.”

Despite the growing benefits of recycling and reusing treated produced water, getting investors to listen to the ESG story surrounding the water management industry hasn’t been easy. The main issue is its connection to oil and gas.

“When we IPO’d, we thought we had this great ESG story,” Brock said, referring to Aris’s 2021 entry into the high-yield bond market. “We thought the ESG investors would show up. We recycled, we have very low emissions, we provided a low-carbon alternative, taking trucks off the road. Every barrel we recycled was a barrel of groundwater in a drought area that was not used.

“So, by any metric, we were ESG. We also were making money. So, we thought ESG making money, 60% of our workforce is minority, board governance—we got everything.”

But the company was met with disappointment.

“Not a single ESG investor showed up,” Brock said.

She explained that the only one to show up asked a very specific question: “Do you have any contracts, even one, even a small one, that is not with an oil and gas company?”

“The answer is no,” Brock said. “So what pitch do you make? What pitch do they want to hear?”

The oil and gas industry, she explained, does not have an ESG star, and that reputation can make it difficult to get people to listen to their story.

“We do a lot of good things,” Brock said. “We have great values, and we’re a great value.”

Aris continues to make pitches, but they change depending on what people want to hear.

“The great ESG debate is on right now,” Brock said. “We have certain people that believe in shareholder capitalism and don’t want to go down the road of doing something just because it’s ESG. And then we have others who want us to, year over year, grow, but at the same time continue to do good. Sometimes it’s confusing to even know what the pitch is, so you just try and do the right thing.”

It all comes back to cost.

“The way in which water is recycled, if it is at scale, can be very economic,” Brock said, explaining that the water needs of the oil and gas industry doesn’t require a high level of treatment. “It’s not as if they’re trying to clean it up to a standard that is costly to achieve.”

She also noted the logistics of using transported water over locally treated water in New Mexico.

“If you are using brackish water, where are you getting it?” she asked. “If you’re in New Mexico, there’s not a lot of water there. It’s also water rights. So, a lot of it comes from Texas, which means you’ve got to push it a pretty long way.” 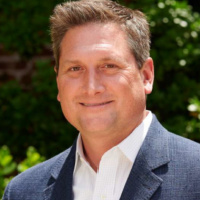 “Recycling is the most obvious beneficial option to the produced wastewater coming out of oil and gas.”—Matt Gabriel, XRI

And, as Dunkel said, water is heavy and transporting it is expensive.

“Unquestionably, the market has evolved to where treated produced water is a cost advantage to groundwater,” Gabriel said. “Just on the supply side, you can get a 50% discount very comfortably at scale in terms of pricing to the customer moving off of groundwater into treated produced. But how do you do it at scale? And you go back to infrastructure. And that’s the one component that could adjust what the price per barrel is.”

The cost of the infrastructure needed to make transportation of water over distance is not small.

“How many barrels do we have to think we’re going to move to justify [a] $30 million pipeline to get that increment back?” Dunkel continued. “What’s the cost of the pipeline, how much water are you going to put through it over an economic life—that’s the calculation. But the calculation is largely worked.

“Where industry is busiest, the pipelines have gone in, and the rest is history. Recycling, according to B3, is about 30% of the Permian, right now, and I think that’s a pretty good number.”

“In order to achieve the increase, you’ve got to have the infrastructure,” Brock said.

“But nobody does one well anymore,” Brock said. “They’re doing four-well pads, they’re doing simultaneous fracks. If you just do that math, the amount of water that you are going to need on an instantaneous daily basis is huge.”

So, how do you get the water there?

“It’s about infrastructure,” she said. “Achieving higher rates of reuse is really a function of the ability to gather the water, to be able to treat it and to be able to get it back to the customer in the quality, quantity and where they need it.”