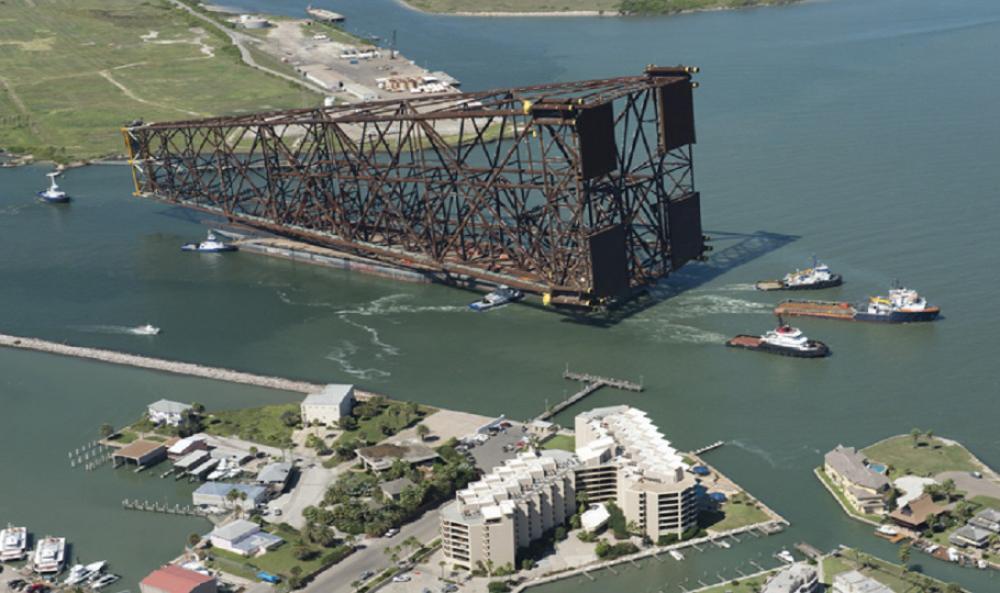 Towering about as high as the Empire State Building, the recent installation of the 400-m (1,312-ft) fixed-legged platform marked a milestone for Walter Oil & Gas Corp.’s Coelacanth project in the U.S. Gulf of Mexico (GoM) as it pushes closer to first oil in the deep Flex Trend.

Plans are for oil to flow from the field, which spans four blocks total in the Ewing Bank area, in mid-2016.

It took crews more than 2 million man hours to complete the platform, which was built at Gulf Marine Fabricators yard in Ingleside, Texas, and 2.5 days to load the 60-million pound jacket onto the launch barge for its Oct. 15 sail-away.

Located at a water depth of about 1,186 ft, the company said the platform is the third largest fixed platform in the GoM trailing Shell’s Bullwinkle and BP’s Pompano, which stand at water depths of 1,352 ft and 1,294 ft, respectively.

“At the base, the main legs form the corners of a 330 x 330 sq ft, enough room for two football fields side-by-side,” the company said, adding the platform will be held in place by 14 piles.

The feat would come after overcoming several challenges—aboveground and beneath—in this part of the GoM where salt structures and deepwater shales can limit seismic imaging.

“Shales in this region were deposited and buried quickly so the rock never fully compacted,” Walter Oil & Gas said in a company report detailing the project. “Water trapped in the rock creates geopressure that requires extra care while drilling to overcome potential hazards.”

However, new and improved seismic data acquired from TGS led Walter Oil & Gas to deeper hydrocarbon indicators (HCI) in 2008. But the Deepwater Horizon tragedy and the federal mandate to halt drilling brought work on its exploratory well—along with others in the GoM—to a standstill in 2010. The company picked up drilling nearly two years later, striking oil in several zones, as it faced another challenge—securing leases that contained reservoirs associated with the discovery and forming joint ventures to bring the development to fruition.

“In short, to assemble the acreage for Coelacanth and secure joint venture partners, 17,600 acres were acquired by Walter via multiple federal offshore lease sales and acreage purchase and co-development arrangements,” according to the report. “To establish the joint venture, Walter negotiated and entered into over a dozen commercial agreements with seven different offshore companies, including majors, large independents, and small independents.”

“The EW 834 Coelacanth project, despite significant obstacles, is a geologic, commercial and engineering success story which will have a meaningful impact for years to come,” Jim Looke, Walter’s vice president of drilling and production operations, said in the report.

Now that installation of the platform—designed to serve as a production host for other future discoveries nearby—is complete future plans include setting the rig on the platform this winter and completing the first well.

Walter will re-enter and complete the 2010 discovery well and drill several more wells into the main Miocene 20,000-foot sand oil reservoir. At this time, the company could not say how exactly many wells would be drilled in the next two years.

“Other oil zones in the existing well, while relatively thin, tie to robust seismic amplitude anomalies nearby. These HCIs, interpreted to be large oil reservoirs, will be tested by development wells that also target the proven oil zone,” the report said. “Another development well will capture a proven oil zone at 9,000 ft, which was discovered, but not produced, by an older well on the block. There are several other shallow HCIs believed to be oil reservoirs that can be accessed from the platform.”

The Coelacanth platform is capable of producing up to 30,000 barrels of oil per day and 60 million cubic feet of gas per day. 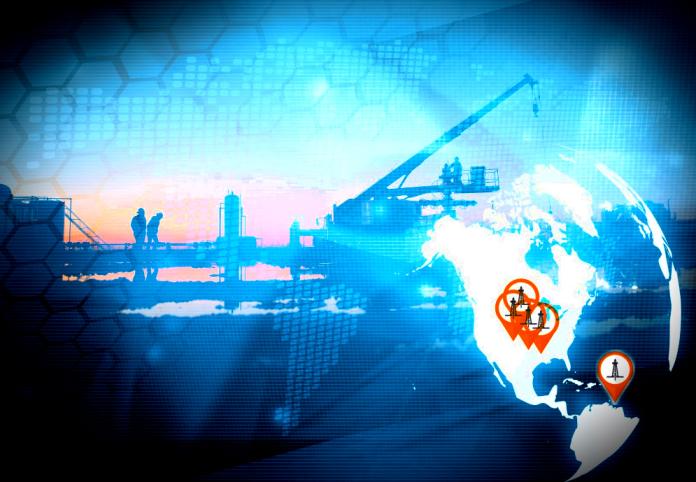