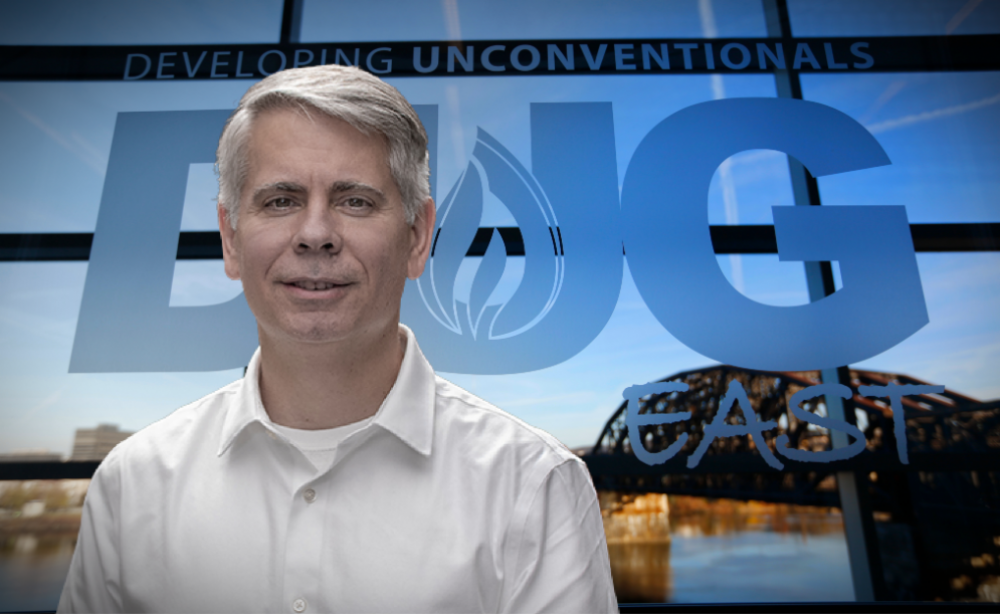 As the energy transition moves forward and oil prices struggle, natural gas producers are wondering about the opportunity ahead. Nowhere is that more evident than the Appalachian Basin where gas producers in the Marcellus and Utica shale plays decipher the future market, the changing regulatory environment and who will be left to take advantage of the opportunity?

If you knew the definitive answer to that last one, you’d be a rich investor. As it stands, there’s plenty of mergers and acquisition rumors to keep the Twitter-verse appeased, but how much will consolidation actually hit the Appalachian Basin?

One person whose company has been the subject of persistent mergers and acquisition talk is Nick Deluliis, president and CEO of CNX Resources Corp. who was the keynote speaker of Hart Energy’s DUG East and Marcellus-Utica Midstream Virtual Conference on Dec. 2.

Although Deluliis didn’t let on whether his company was in talks to be acquired by EQT Corp., as rumors continue to float, he did talk extensively about the A&D market as one of his three “reckonings” Appalachian shale producers will have to face.

“M&A is front and center everywhere you look these days in our industry and in our basin,” Deluliis said. “Obviously, M&A depends. It always depends. There are synergies that will be created with combinations. There are also ‘dis-synergies’ that are created in certain instances where the costs of the combination can take quite a long time to overcome.”

Deluliis offered what he called “hard truths” about M&A to the approximately 1,500 registrants of the event.

“Another thought on M&A is, sometimes, it’s a convenient opportunity to gloss over or address problems the acquirer may have looming,” he continued. “Whether it’s balance sheet, whether it’s free cash flow outspend, cost structure, lack of depth of inventory—those issues can loom quite large. If you’re looking to address those, M&A often can gloss over those problems.”

The problem with the M&A approach, according to Deluliis, is that equity holders of the acquirer ultimately pay the price of fixing that problem. “But that might be something we are seeing looming large for M&A in our basin,” he said. 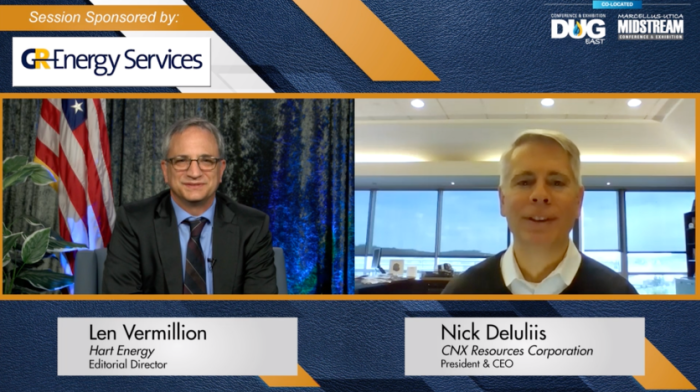 Deluliis also talked about scale in regard to M&A. In particular, he said getting bigger doesn’t always mean there are inherent advantages. “When you look at getting bigger or scale for the sake of scale, there’s data that questions that thesis, and it’s data within our own industry. I’ll point to Chesapeake in the past, and I’ll also point to Gulfport,” he said.

However, per Deluliis, CNX isn’t interested in horizontal integration—more acres, more production, more wells. “For us, that doesn’t seem to be a big value proposition via M&A,” he said, “but, with respect to vertical integration, there could be value there.”

Deluliis noted that vertical integration is one of the reasons CNX made the move to take back in all of CNX Midstream. “The ability to get that midstream integration with our upstream activities [is] a big driver of our cost structure, and a ‘financial moat,’ I’ll call it of our financial sustainability,” he said.

He added, “vertical integration via industrial logic might warrant some benefit and thought, but the horizontal one [is] sort of difficult and more challenging to see where that value might be.”