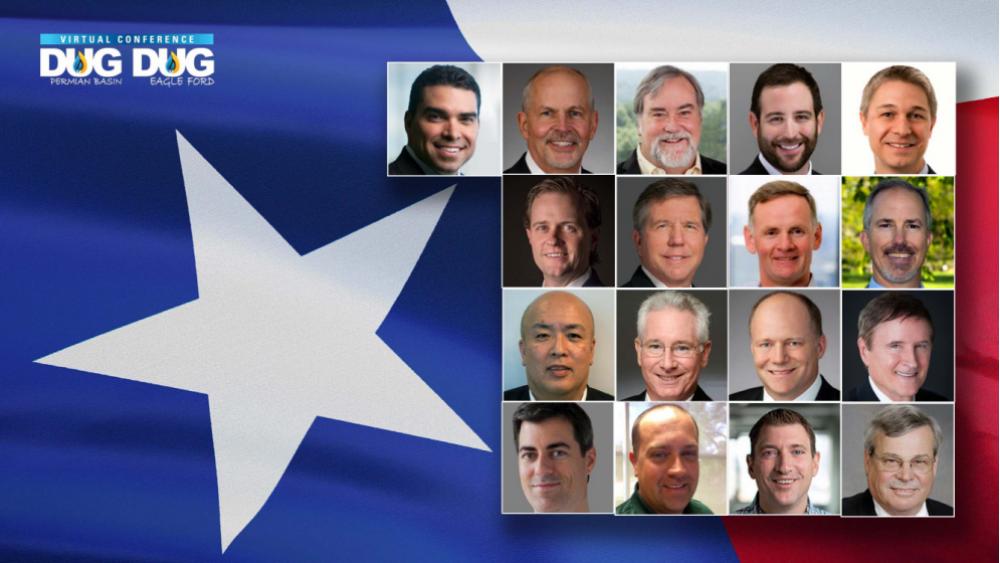 The Eagle Ford comes into focus on day two of the combined DUG Permian Basin and DUG Eagle Ford Virtual Conference available for viewing this morning at 9 a.m. CDT. You can register (complimentary) and view both days’ sessions at HartEnergyConferences.com/DUG-Permian-Basin/Sessions. All sessions are available on-demand so you can register now, view them later. You have control of the viewing experience.

Marathon Oil’s Mike Henderson takes an in-depth look into the South Texas basin, which Marathon has committed to, and continues to operate in. Henderson is joined by Penn Virginia CEO Darrin Henke, who also give his take on Eagle Ford oil.

The day’s agenda also features sessions on the Eastern Shelf sand and horizontal conventional plays in the Permian Basin.

Enverus founder Allen Gilmore gets out his data sheets and explains the way Russia has been working to disrupt U.S. shales future. Meanwhile, former Chevron America president Jeff Shellebarger, who now serves as chairman of the World Petroleum Conference organizing committee gives an international perspective of the Permian Basin.

Of course, business in the near future will be operating in a low oil price environment. Simmons Energy’s Ian Macpherson offers a perspective of how hydraulic fracturing at $40/bbl oil prices is expected to play out.

Texas A&M’s Dr. Dan Hill has a look at how technical advancement in the oil and gas industry will stimulate hydraulic fracturing’s future as a process. Marc Bayne, Abraxas Petroleum Corp., and Joshua Churlik, WellData Labs, add to the technical discussion with technology for keeping the oil and gas flows moving.