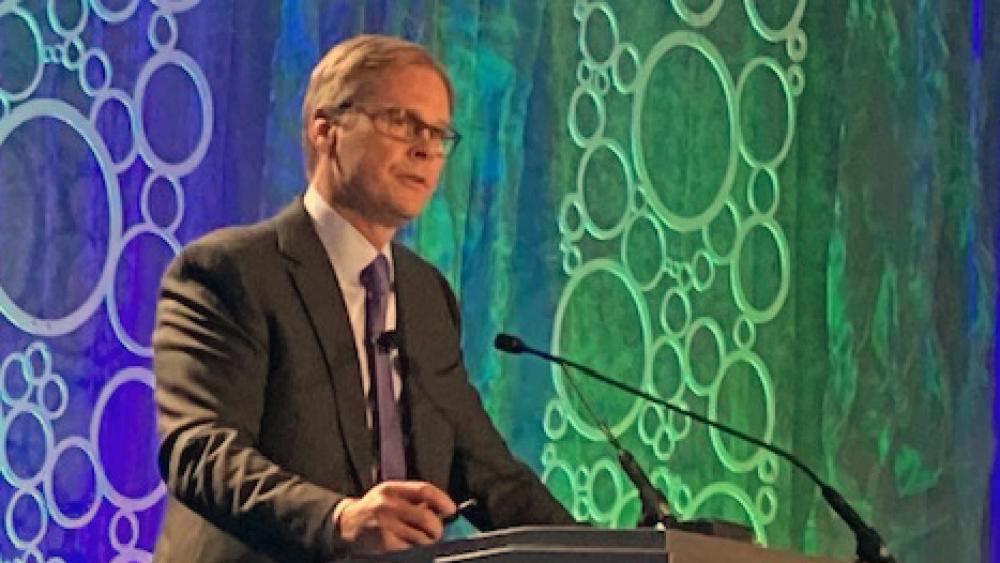 HOUSTON—S. Wil VanLoh of Quantum Energy Partners is (figuratively, at least) the guy jumping up and down in the middle of Wall Street, waving his arms and shouting, “you’re going the wrong way!”

“I tell investors this all the time,” said VanLoh at Hart Energy’s inaugural Energy Transition Capital conference on Oct. 19. “If you really care about climate change, you should be doubling down on investment in North American oil and gas companies. You shouldn’t be divesting of them, you should be investing in them.”

VanLoh, CEO and founder of the private equity firm, conceded that most investors are backward-looking, focusing more on the lack of capital discipline of recent years than what is happening now.

“Today, investors are starving the oil and gas sector for capital when some of the best returns we’ve seen in several decades are available,” he said. “Oil and gas equities and assets are continually undervalued, in our opinion, and they also provide a very strong hedge against inflation. Inflation is a topic that is being talked about today more than it’s been talked about, probably, in two decades.”

VanLoh is bullish on a sustainable energy transition, citing estimates that it will require between $100 trillion and $200 trillion of capital over the next 30 years. That creates a lot of opportunity for investment, but some pitfalls, too.

VanLoh referred to the writings of Czech-Canadian economic analyst Vaclav Smil, who addressed energy transitions in one of his recent works. Smil makes it clear that these things take time.

“These transitions take a long time, they don’t happen overnight,” VanLoh said. “And more importantly, they never replace the former type of energy that was in use. Most forms of energy today, even though their market share is lower than their peak, we still use more in absolute terms than we’ve ever used before. I don’t think this energy transition is going to be different.”

What will be different is population change. The world will gain about 2 billion people in the next 20 years, he said, more than at any time period of that duration in history.

Reconciling population growth with an energy transition away from fossil fuels can get tricky. If the world stops drilling wells today, oil production will fall from about 100 million barrels per day (MMbbl/d) to about 30 MMbbl/d. Natural gas production would dive from about 400 billion cubic feet per day (Bcf/d) to about 180 Bcf/d.

“To put that in context,” VanLoh said, “if demand stays flat for oil, we basically have to find about six new Saudi Arabias, or about six new U.S. shale revolutions over the next 20 years.”

Brother, can you spare $1 trillion?

The need for fossil fuels doesn’t necessarily translate into funding for it.

“We’re in a world today where, basically, investors won’t give oil and gas producers new equity,” he said. “They’ll give them debt but they’re not going to give new equity. And in the private equity world, it’s probably 25% of what it was four or five years ago.”

For the energy transition to work, VanLoh said, the world will have to be aligned on solving the problem. Climate change is a major concern in the West, but not so much in the rest of the world that accounts for 80% of the planet’s population. If that other 80% is not on board, the energy transition will not come close to working.

Part of the problem that he pointed to is government support, i.e., there’s too much of it. Much of the investment has been fueled by massive government subsidies. Now, there are proposals to increase that threefold, fourfold or fivefold. How is that going to play out?

“I don’t think it’s going to be possible,” VanLoh said. “You’re going to have to create a profit incentive. A lot of these energy transition things don’t make money. Increasingly, investors are saying, you know, we’re not sure we’re going to invest in oil and gas anymore.”

When he inquires about their energy transition investments, they admit that they aren’t making any because those investments don’t make money. That, he said, is something that needs to be figured out.

The problem oil and gas has is that investors have left the space because companies lost money year after year. Once that capital has left, it is tough to convince investors to bring it back, despite the industry’s generation of some $50 billion in free cash flow this year, more than the previous 15 years combined.

Oil and gas to the rescue

So, why invest in oil and gas to fight climate change? Part of the problem in this transition is that oil majors are pulling away from fossil fuels. When those assets, which are managed by companies attentive to environmental concerns, are sold, they are often bought by companies in other countries that are not as responsible.

So, on the surface, it might appear that a company’s actions to shift to renewables would lower emissions, but the reality might be the opposite.

What sparks optimism for VanLoh and Quantum is the emergence of carbon capture, utilization and sequestration (CCUS) technology.

CCUS is really the only way to make the transition work, VanLoh said, if the demand forecasts and supply projections are correct.

“If we don’t decarbonize carbon,” he said, “we don’t have a hope of hitting the Paris Accord targets.”

2022-02-25 - With net debt expected to be below $25 billion by the end of the first quarter, Occidental Petroleum is “ready to begin returning more capital to shareholders,” CFO Robert Peterson added. 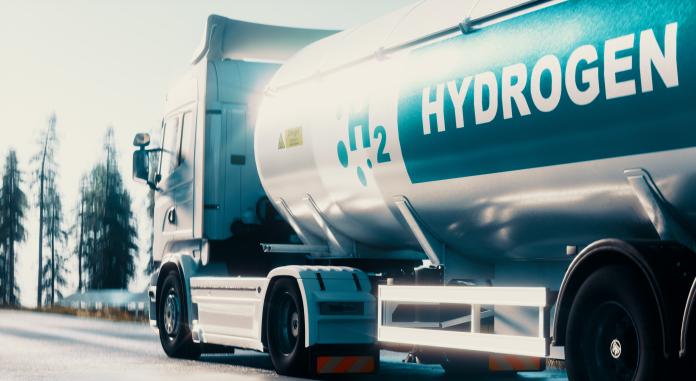 ‘Not Just a Pipe Dream’: How Green Hydrogen Can Transform the Energy Sector

2022-03-03 - With government, industry, and public support generally on the rise, investment opportunities will continue to abound in the green hydrogen space.