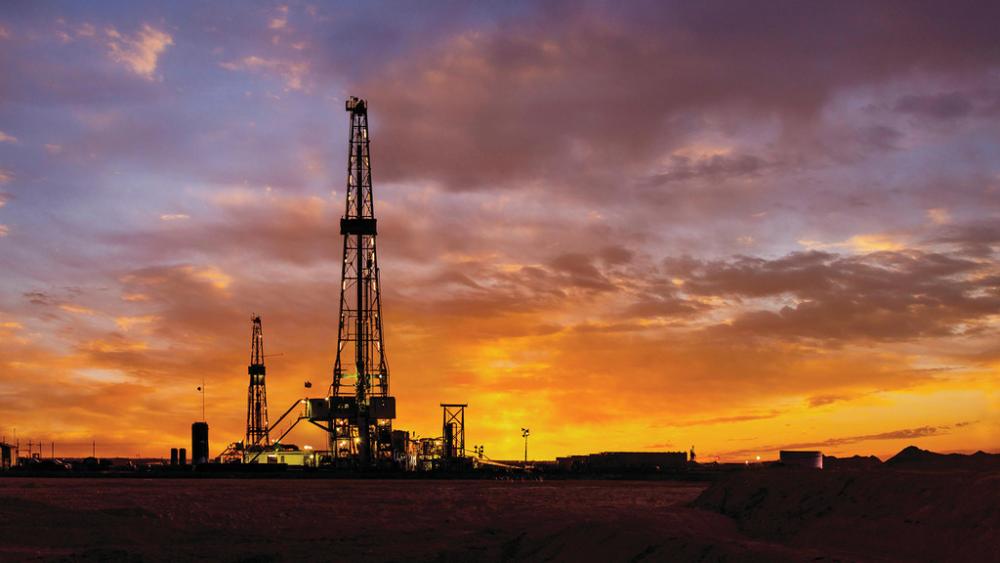 Anyone who follows the flow of U.S. oil and gas knows the Permian Basin’s Wolfcamp shale and Delaware Basin’s Bone Spring Formation are bountiful, but a new report from the U.S. Geological Survey (USGS) shows the enormity of their potential resources: an estimated 46.3 billion barrels of oil plus 281 trillion cubic feet of gas and 20 billion barrels of NGL.

That’s more than double the previous resource assessment for oil in the Wolfcamp.

Companies such as Occidental Petroleum Corp. (NYSE: OXY) and Pioneer Natural Resources Co. (NYSE: PXD) are among the many shale players that are already tapping the potential of the Wolfcamp and Bone Spring.

The USGS, which is part of the U.S. Department of Interior, deemed its review of resources in the Permian Basin province as the “largest continuous oil and gas resource ever assessed.” The assessment released Dec. 6 was more like Christmas for U.S. Interior Secretary Ryan Zinke, he said in a statement.

“Before this assessment came down, I was bullish on oil and gas production in the United States. Now, I know for a fact that American energy dominance is within our grasp as a nation,” Zinke said.

As oil and gas producers stare down steep decline curves of shale wells, they continue to pump record amounts of oil and gas from the Permian Basin. The assessment shows there are still more technically recoverable resources to find even as production swells amid global oil market uncertainty.

Using well landing zones, well production, and unit depths and thicknesses data from IHS Markit’s Enerdeq and ProdFit databases, the USGS said it assessed undiscovered technically recoverable continuous oil and gas resources in six assessment units in the Wolfcamp shale and five units in the Bone Spring Formation. Of these, the Delaware Basin’s Wolfcamp A appeared the most promising for oil, while potential resources were highest in Wolfcamp D for gas and Wolfcamp B Upper for NGL.

“The Wolfcamp shale was deposited throughout the Permian Basin and consists of interbedded, organic-rich shales and carbonates in both the Midland and Delaware Basins; however, the Wolfcamp shale in the Delaware Basin is thicker, deeper and more thermally mature than in the Midland Basin,” USGS said in the assessment. “The overlying Bone Spring consists of alternating sandstone, carbonate and shale cycles and is time-equivalent to the Spraberry Formation in the Midland Basin.”

The assessment was the first by the USGS to study the continuous resources in the Wolfcamp shale and the Delaware’s Bone Spring Formation. A previous study of the Wolfcamp shale in the Midland Basin portion of Texas’ Permian Basin province estimated mean resources of 20 billion barrels of oil, 16 trillion cubic feet of associated natural gas and 1.6 billion barrels of NGL.

“In the 1980s, during my time in the petroleum industry, the Permian and similar mature basins were not considered viable for producing large new recoverable resources,” USGS Director Jim Reilly said in the statement. “Today, thanks to advances in technology, the Permian Basin continues to impress in terms of resource potential. The results of this most recent assessment and that of the Wolfcamp Formation in the Midland Basin in 2016 are our largest continuous oil and gas assessments ever released. Knowing where these resources are located and how much exists is crucial to ensuring both our energy independence and energy dominance.”

The areas are among those expected to continue capturing the attention of E&Ps operating in the Permian—especially the Wolfcamp. The U.S. Energy Information Administration forecasts oil production in the Permian will rise by 63,000 barrels per day (bbl/d) to about 3.7 million bbl/d this month.

“At the resource level, the Permian remains king,” Stephen Beck, senior director of upstream for Stratas Advisors, said in a recently released 2019 outlook. “Current 2019 estimates for the Wolfcamp, Bone Spring and related reservoirs have production averaging 5.9 MMboe per day (million barrels of oil equivalent per day). Breaking this down, the Delaware sub-basin Wolfcamp contributes 50%, the Midland sub-basin Wolfcamp 32%, and the Bone Spring 18%.”

The analyst also expects most of the dollars spent in the Permian next year will land in Wolfcamp formations.

2022-04-14 - 1789 Minerals Fund I LP retained PetroDivest Advisors for the sale of its Haynesville mineral and royalty interest in Harrison, Nacogdoches, Panola and San Augustine counties, Texas.

2022-04-14 - Red Sky Resources retained Detring Energy Advisors for the sale of its roughly 2,900 net acres of nonoperated working interest across the SCOOP/Merge/STACK fairway.

2022-04-19 - Endeavor Energy Resources LP retained EnergyNet for the sale of a 140 well package with operations plus leasehold acreage in Cowley, Labette, Montgomery and Sumner counties, Kansas.