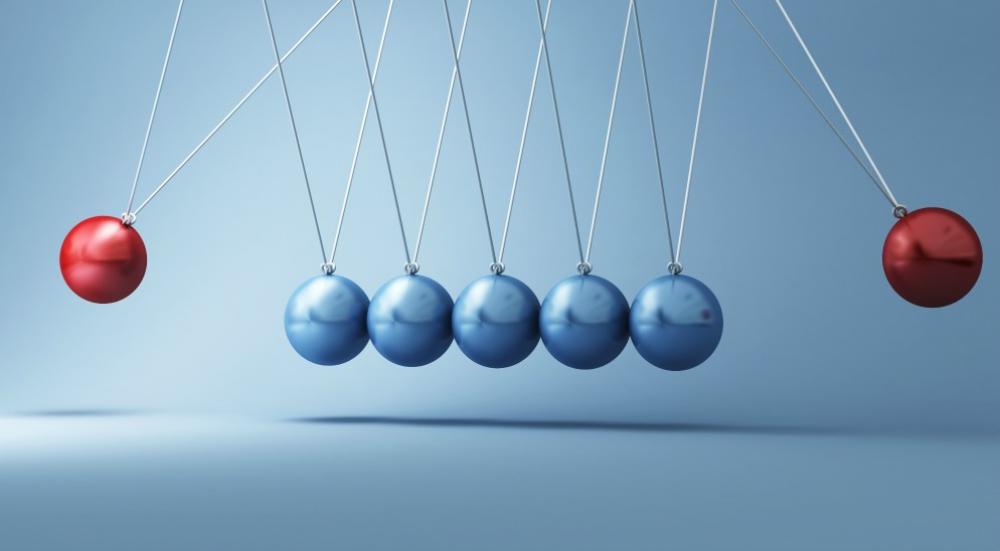 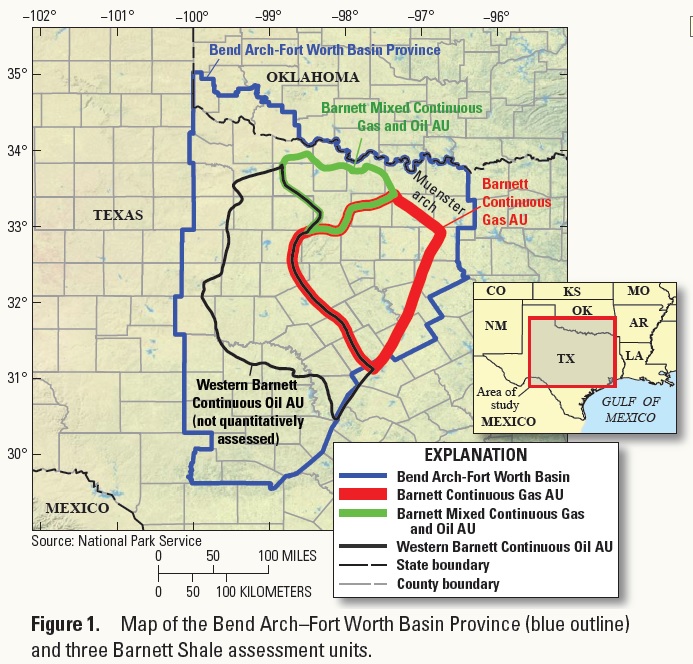 The last time the Barnett Shale was studied, most of its wells were still vertical, oil production was minimal and gas prices were $3.73 per thousand cubic feet (Mcf).

The Barnett doesn’t get much attention these days, with its gas production dwarfed by the Marcellus and many other plays, including the oil centric Permian Basin and Eagle Ford.

But it was George Mitchell’s Mitchell Energy & Development that jumpstarted the Barnett in Texas and ultimately led to production in the Appalachian Basin, particularly Ohio, and other areas.

On Dec. 17, the U.S. Geological Survey (USGS) ran the Barnett’s numbers again in a new assessment of the shale’s potential. The Barnett has twice the natural gas reserves originally thought, more natural gas liquids and 172 million barrels of oil (MMbbl/d), the USGS found. 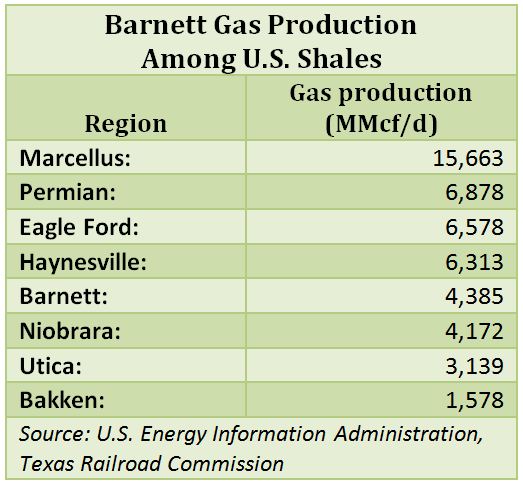 The USGS’ previous assessment of the Barnett in 2003 considered conventional and unconventional reservoirs of the Bend Arch-Fort Worth Basin Province. At the time, the U.S. estimated a mean of 26.2 Tcf of undiscovered natural gas.

Mitchell only attempted a few horizontal wells during his time spent working on the Barnett. Since the 2003 USGS assessment, the oil and gas industry has switched almost entirely to fracking and horizontal drilling in the play. 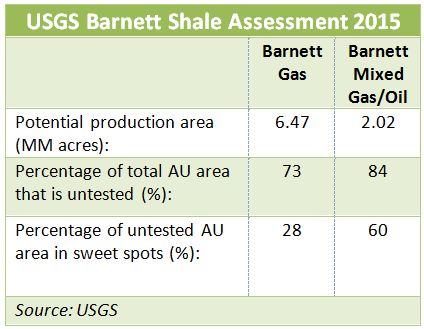 In the dozen years since, more than 16,000 horizontal wells have been drilled in the formation. The Barnett has produced more than 15 Tcf of natural gas and 59 MMbbl of oil. In 2003, potential oil resources were not quantitatively assessed for the Barnett, USGS said.

“We decided to reassess the Barnett Shale following the successful introduction of horizontal drilling and hydraulic fracturing, setting the stage for the current shale gas boom,” said USGS scientist Kristen Marra, who led the assessment. “In addition, the newly revised assessment incorporates estimates for both gas and oil resources within the Barnett.”

While the Barnett remains a solid producer of natural gas, other shales have outstripped its production of natural gas and it is in a steady decline. 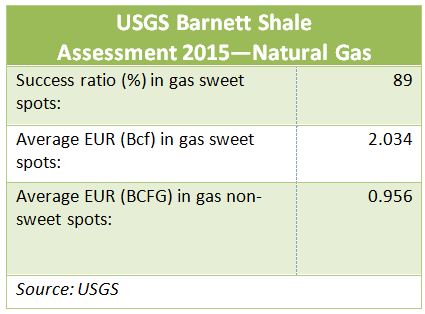 Barnett production peaked in 2012 at 5,733 million cubic feet per day (MMcf/d). Compared to the Marcellus, Haynesville and other plays it’s outmatched. The Baker Hughes Inc. (NYSE: BHI) rig count showed seven rigs in the play in December, a 70% drop from the same time in 2014.

The formation is mainly composed of siliceous and calcareous mudstone, with a total organic carbon content ranging from 2-6% weight.

The formation is thickest—greater than 1,000 ft in the structurally deepest part of the basin, southwest of the Muenster arch. 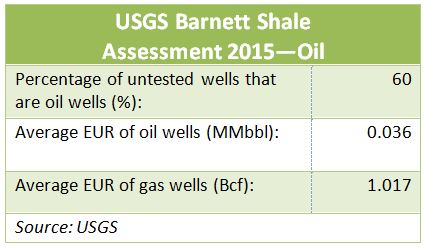 The Barnett is divided into upper and lower units where the Forestburg limestone is present.

The underlying Viola-Simpson Group and overlying Marble Falls Formation may serve as fracture barriers where present, but they do not preclude drilling outside their extents. 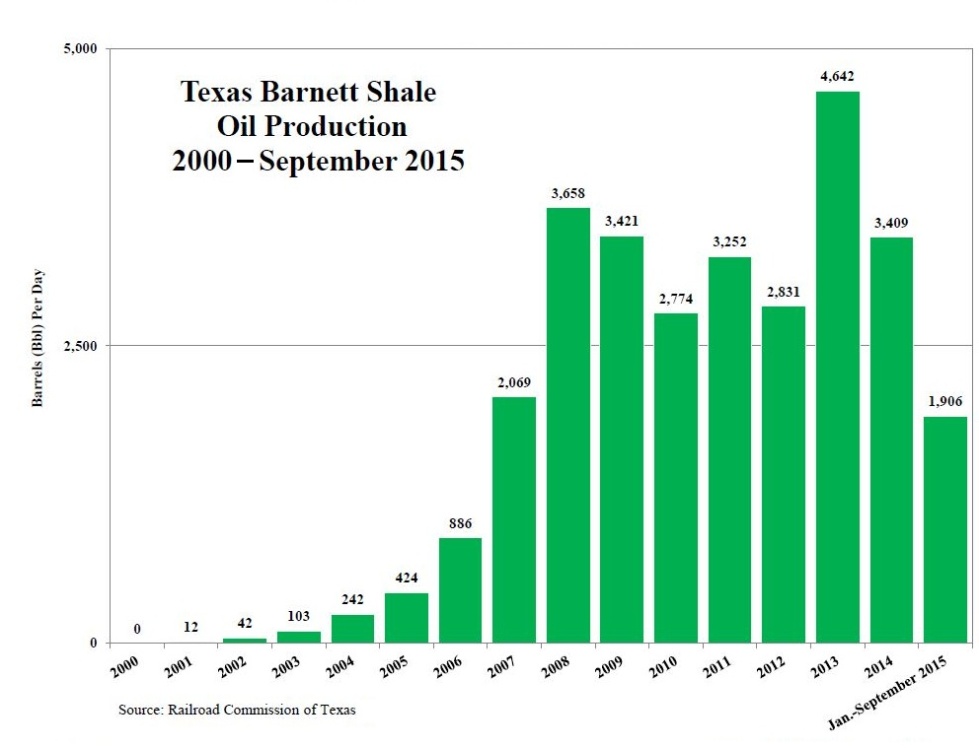 LLOG Exploration Offshore LLC and Eni have signed an infrastructure agreement in the deepwater Gulf of Mexico on Feb. 10.

Check out the latest E&P activity highlights from around the world.