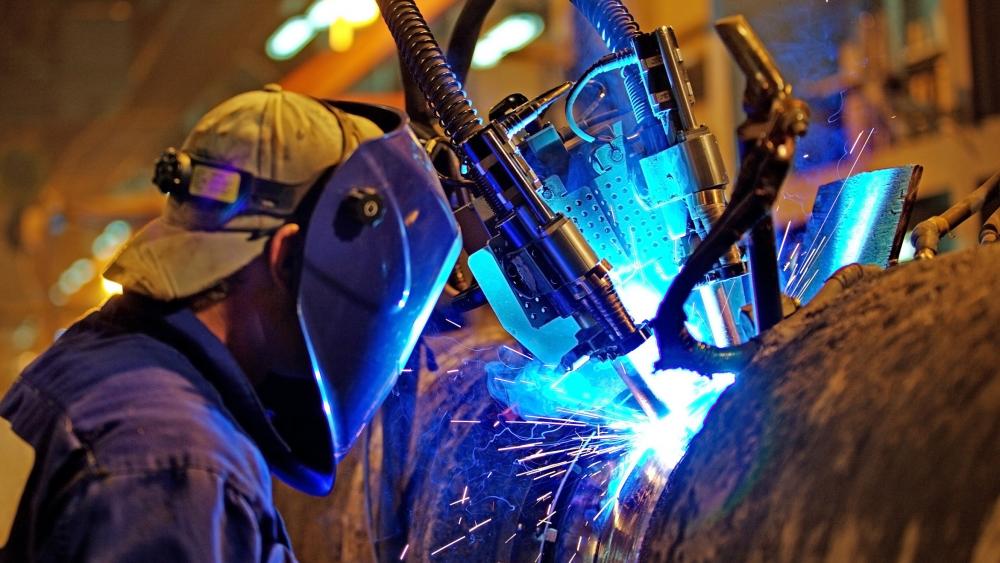 The plumbing of the U.S. oil market is pivoting. Old pipelines have been reversed to deliver crude to Gulf of Mexico terminals. New ones also point at the Gulf Coast.

The changes are cementing the stature of the U.S. in world oil markets, feeding exports of crude from shale fields and fuel made by coastal refineries. More pipelines and expanded ports have enabled American oil producers to reach 10 million barrels a day (bbl/d) in output, in league with Saudi Arabia and Russia.

It is a far cry from the past, when U.S. midstream assets reflected a much greater dependence on foreign oil. For example, in 1967 the Capline pipeline began shuttling imported and Gulf Coast crude northward from Louisiana to Illinois, where it was dispensed to Midwestern refineries.

Now, its volumes drying up, Capline’s owners have proposed flipping the 1.2 million bbl/d conduit to flow south instead of north, permitting inland crude to reach the coast.

The new BridgeTex, Permian Express and Cactus pipelines now stretch from West Texas oil fields to ports and refineries in coastal Corpus Christi and Houston. Additional pipeline systems able to handle more than 2.1 million bbl/d are planned or under construction, according to RBN Energy, a research company.

Workers are clearing a path for the Epic pipeline, which will stretch 700 miles from the booming Permian Basin to Corpus Christi. Phil Mezey, Epic’s CEO, says national oil companies from Asia are among the confirmed shippers on the line.

“We think a big part of [the oil volumes] will be exported,” he said.

The U.S. is still a net importer of oil. But outbound shipments from the coast have soared in the past few years, having received a big boost from the abolition of curbs on crude oil exports in late 2015. Crude export capacity on the Gulf Coast will rise from 1.9 million bbl/d late last year to 4.9 million bbl/d by 2023, the International Energy Agency said in a report on March 5. Every incremental barrel of U.S. light crude oil will be exported, estimates Bernstein Research.

The shipments are a direct challenge to OPEC members such as Saudi Arabia and Iran, and also Russia, the leading oil producer. Since early 2017 those countries have held back production to tighten global supplies—but risk losing market share to the U.S.

Pipelines and ports have been critical. “As a result of these pops in takeaway capacity, the U.S. is now the fastest-growing incremental exporting country in the world,” said Ed Morse, global head of commodities research at Citigroup.

“If you were sitting in Riyadh or in Moscow and you were looking at some country grabbing 2 million barrels a day in market share in one year, it might make you wonder about what you’re doing,” he added. (U.S. exports of crude oil and petroleum products climbed more than 1.7 million bbl/d between December 2016 and December 2017 to a record 7.3 million bbl/d.)

Exports of crude oil and condensate from the Gulf Coast now account for more than 1.3 million tonnes a day of carbon dioxide, methane and nitrous oxide emissions, according to the Oil-Climate Index, a tool for analyzing the effects of petroleum production, refining and consumption on greenhouse gases.

“This is why we fought so hard against the lifting of the crude oil export ban in 2015,” says Kassie Siegel, Climate Law Institute director at the Center for Biological Diversity, an environmental group. “We knew it would fuel the production of oil for export that we can’t afford to burn. This oil is a carbon bomb.”

Yet trends point to the U.S. exporting even more. The U.S. refining system runs most efficiently on a diet that includes heavier, more sulfurous barrels than what comes from shale fields, suggesting it will keep importing that type of crude while U.S. products reached markets elsewhere. “With limited incremental domestic demand for light crude, barrels must clear on the water,” writes Timm Schneider, midstream analyst at Evercore ISI. “Ships will form a global extension of the domestic pipeline grid.”

Infrastructure is giving these exports a structural advantage by cutting the cost of moving oil from wellhead to port. The price difference between crude sold at Midland, Texas, in the middle of the Permian Basin, and equivalent grades on the coast has narrowed from more than $30 a barrel in 2012 to just $3 as new pipelines flow.

Pioneer Natural Resources Co. (NYSE: PXD), a leading onshore Texas producer, recently told analysts it was exporting 90,000 bbl/d of Permian oil to customers mainly in Asia and Europe, more than half the amount that it was shipping to the Gulf Coast. When another export facility opens in Houston this summer, Pioneer will be able to export up to 150,000 bbl/d, said CFO Richard Dealy.

Louisiana Offshore Oil Port (LOOP), a massive import facility, last month test-loaded a supertanker for the first crude exports in its 37-year history. The port has connections to Capline and pipelines coming from Texas.

“The capability to run in both directions was built in,” says Terry Coleman, a Loop spokesman. “There just hasn’t been a need in the marketplace to do it.”

But then oil prices reversed, drilling slowed and volumes on pipelines declined. The retreat exposed an industry overly reliant on issuing debt and equity to meet lofty dividend expectations and fund growth.

U.S. oil and natural gas production is set to hit new records this year but pipeline companies have encountered a skeptical investor base.

Among MLPs, their most common structure, most companies shifted toward financing growth from internal cash flow instead of raising money from capital markets, said Ethan Bellamy, analyst at Baird.

To do so, they have slashed dividends: distributions grew by an average of 1.5% in 2017 among the members of the Alerian index, well below a 10-year average of 5.1%.

“It’s still going to be a long, hard road for MLPs to win back the trust of investors, which was really dashed during the oilfield recession in 2015 and 2016,” Bellamy said.

Some see MLPs as ripe for a rebound. Pimco, the fund manager, argues in a note that by reducing dividends and gearing, the partnerships have been “healing” and their equity valuations “represent an overly negative outlook on the sector.”

Another risk lurks as interest rates climb. This means not only higher borrowing costs, which curtail cash flow to investors, but also make MLPs less appealing in comparison with bonds for a given amount of risk.

“This is a paradigm shift underway now,” Bellamy said.