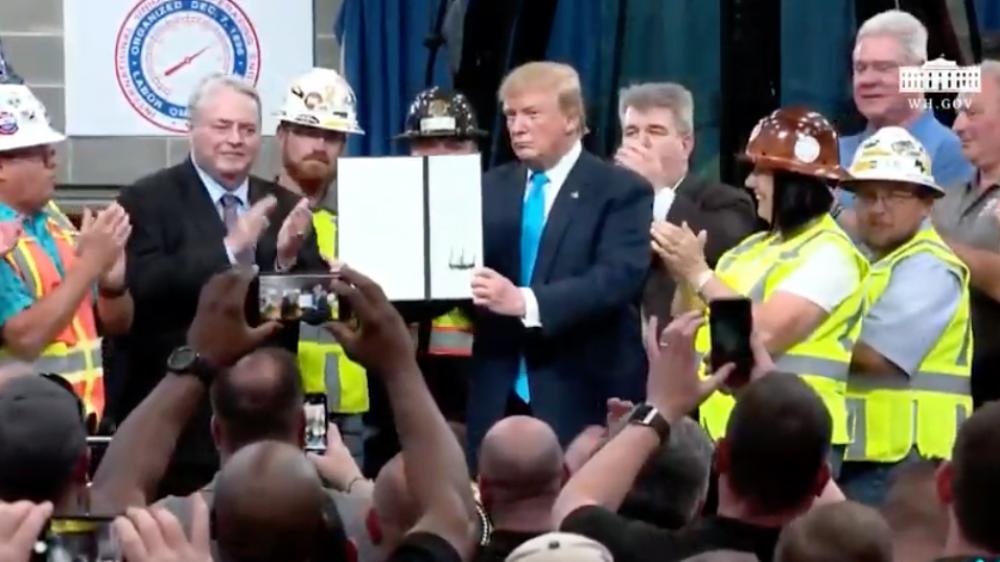 HOUSTON—President Donald Trump signed an executive order April 10 designed to diminish the power of states to slow the permitting process for oil, gas and coal infrastructure projects, as well as move forward on plans to ship LNG on rail cars.

A second order will shift decision-making responsibility for cross-border energy infrastructure projects to the White House from the State Department.

"My action today will cut through destructive permitting delays and denials ... what takes you 20 years to get a permit, those days are gone," said Trump, surrounded by workers in hard hats and yellow vests at a training center for petroleum industry workers in Crosby, Texas about 30 miles outside of Houston.

In one of the measures, the U.S. Environmental Protection Agency (EPA) will be directed to alter part of the Clean Water Act that allows states to cite environmental reasons to delay projects such as natural gas pipelines to New England. One expert told Hart Energy that the order affecting Section 401 is unlikely to result in fundamental changes in the way states participate in permitting decisions. It could, however, speed the process.

“An executive order cannot rewrite statutory provisions,” said James F. Bowe Jr., a partner in the Washington, D.C., office of King & Spalding. “Section 401 of the Clean Water Act gives states a role in permitting of infrastructure projects that could affect wetlands and water bodies within their borders, through what are known as water quality certifications. That role cannot be eliminated by executive order.”

It may be possible, he said, to direct the EPA to reconsider the manner in which states will be required to exercise their role under Section 401, but this would almost certainly require a rulemaking proceeding that would be publicly noticed and would provide the opportunity for comment. Any change in interpretation under Section 401, he added, would have to be supported by the rulemaking record.

The orders appeared to target two projects in particular: The Williams Cos. Inc.’s (NYSE: WMB) 650 million cubic feet per day Constitution natural gas pipeline that has been denied a critical permit by New York State regulators; and a coal export terminal in Washington State that has been held up by Gov. Jay Inslee, who is expected to announce that he is running for president.

New York Governor Andrew Cuomo said the orders were a "gross overreach of federal authority that undermines New York's ability to protect our water quality and our environment." He vowed any attempt to usurp state authority on the projects will be fought "tooth and nail."

A senior administration official told reporters the agency would have to follow normal procedures, including a comment period, and that projects already tied up in litigation "are obviously a much longer-term issue."

Even before the orders were released, oil and gas industry groups were lavish in praise.

“We have previously seen some states use the 401 permit process to essentially stall valid pipeline projects and that isn’t right,” said GPA Midstream President and CEO Mark Sutton. “I applaud this administration for taking a stand against this type of invalid action. Too often we see bureaucracies stopping growth; it’s great to see an administration promoting a pro-growth and pro-jobs agenda for the midstream industry.”

“Politically motivated delays and pipeline bottlenecks in the Permian Basin and around the United States are hindering growth,” said Todd Staples, president of the Texas Oil & Gas Association. “We appreciate the administration’s work to bring clarity and certainty to the pipeline construction permitting process.”

Environmentalists, however, were unhappy with the order.

“This executive order is nothing but an attempt to trample people’s rights to protect their air, water and climate from polluting oil and gas pipelines,” said Greenpeace USA Climate Campaigner Rachel Rye Butler.

Bowe said that the Federal Railway Administration (FRA) has been considering issues relating to the transportation of LNG by rail car for several years and has authorized some pilot programs and conducted safety assessments.

“An executive order addressing this subject might result in the FRA authorizing transportation of LNG by rail more quickly than it might otherwise have,” he said.

Groups want the organization to align its June report with Paris accord goal. 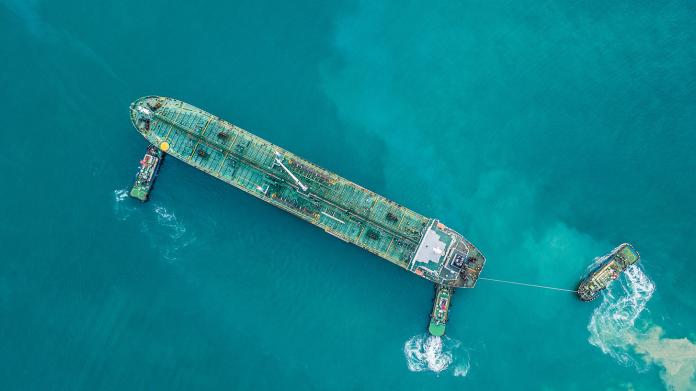 If the increase is a one-off, it won’t affect a market that is quickly rebalancing.

Details of the proposal were not available. A spokesman for ONRR said the agency “does not comment on draft rules prior to their publication.”