Water is produced along with hydrocarbon liquids in most oil and gas production systems, and the use of a “regular” emulsion breaker (EB) is commonly used to sell, export or transfer ownership of the oil. The EB aids separation of the water from the oil to meet a maximum allowable basic sediment and water (BS&W) specification set by the purchaser/transferee of the oil. Some locations also set a maximum allowable “salt” specification on the oil. The producing company must meet both the BS&W and salt specification to sell the oil and generate revenue and cash flow—the business reason to develop a field in the first place.

The EB is a homogenous blend of surface-active agents (surfactants) formulated to impact
• The speed of water drop, in which the density of water is usually heavier than oil, so gravity will naturally separate water from oil if  the droplets are large enough;
• The interface quality, where it is important to have a distinction between oil and water phases; and
• Water quality, because keeping the oil out of the water is desirable.

Additional benefits of an EB might include a reduction in heat energy applied in the separation process and a reduction in process time so the system can handle more production without capital outlays for larger systems. Other benefits include the removal of solids and contaminants, a reduction of intervention (labor and HSE) and the control of paraffin/asphaltene issues.

Ideally, an EB program that produces salable oil 100% of the time at a fair cost is the basic requirement. The entire production system investment is dependent on oil quality at the point of sale/transference. If the oil doesn’t meet the sales specifications, the sale price may be reduced by surcharges or fines or the oil may be rejected, in which case it must be reprocessed to salable quality within specifications.

EB performance case
For this case in Latin America, all production flowed from the field wells and gathering stations to a central treating (separation) facility. At the facility, water and solids were removed and the oil was processed using heat, retention time and chemicals. Oil production at this location amounted to about 10% of the entire country’s daily production.

An issue developed with a newly introduced EB that had initially performed well. After several days of usage, the oil’s BS&W and salt levels would increase, ultimately leading to off-spec oil. At this point, a strong EB was applied to rectify the system and bring it back to in-spec quality, and the cycle was repeated. Initially, the production company was surcharged, but after repeated incidents, the pipeline company purchasing the oil threatened to reject exports if the situation was not corrected in a timely manner.

The issue rapidly became very serious. The company engineer overseeing the chemical program was spending undue amounts of time with the chemical provider trying to find a workable solution to the off-spec oil issue. The field superintendent was under pressure from corporate managers who were questioning what was impacting the performance and the financial impact it was ultimately having on the company’s revenue generation, cash flow and overall performance.

The chemical supplier brought in an EB subject matter expert (SME) to find a solution. After inspecting the separation system and conducting multiple EB “bottle tests,” the SME identified the following:

1. Testing EB products. The goal is to identify a product that produces oil meeting or exceeding BS&W specifications, clean water and a sharp interface. For systems utilizing desalters as a final step in the process, it is extremely important to produce oil with only water. Basic sediment and unresolved emulsions are unacceptable. The reason for this is that in the desalter, the ability of the electrical field to efficiently coalesce the water droplets will be negatively impacted by unresolved emulsion. In this case, the unresolved emulsion was noted in the testing.
2. Overtreatment of EB. Using too much chemical can create high BS&W levels with some chemistries. In this case, the EB had a narrow treating range. This was a factor in the field’s difficulties since the unresolved emulsion layer, where EB tends to accumulate, was recycled into the production, causing increased amounts of EB in the system and overtreatment conditions.
3. Presence of solids. It was noted in several of the test bottles that certain EB products would drop solids from the oil into the water phase. The EB in use did not have this characteristic.
4. Treating temperatures. There were advantages to operating the separation equipment at lower ambient temperatures, including reduced oil losses, energy expenditures and equipment failures.

A new formulation was developed that considered these findings. One key in improving the EB performance was the addition of a surfactant to water-wet the solids suspended in the oil. Another key was ensuring no unresolved emulsion appeared in the treated oil. The produced water treatment system could handle the produced solids, suspected to be coming from drilling fines and clays related to an ongoing drilling program to increase oil production. Overlooked in the original EB development, the high salt content issues were believed to be associated with these suspended solids.

Results
The new EB product was applied to the production system. The desired performance was achieved. Separator temperatures were reduced from 80 C (176 F) to 50 C (122 F) with no adverse effects, resulting in significant cost savings for the production company. In the two years since the inception of the new EB, BS&W and salt specifications have been met 100% of the time. Recycling the interface is no longer an issue with the optimized system performance. There have been no reported issues with overtreatment or water quality, even with increased production. The product dosage can be modified with no adverse effects.

Conclusion
It is important to monitor the performance of EBs and look beyond the symptoms when troubleshooting a separation system. Look for the root cause and do not hesitate to go back to the development stage. In this case, through careful observation, logical thought processes and subsequent testing, the root causes of the production issues were correctly identified and proper chemistries were implemented to improve the production process. 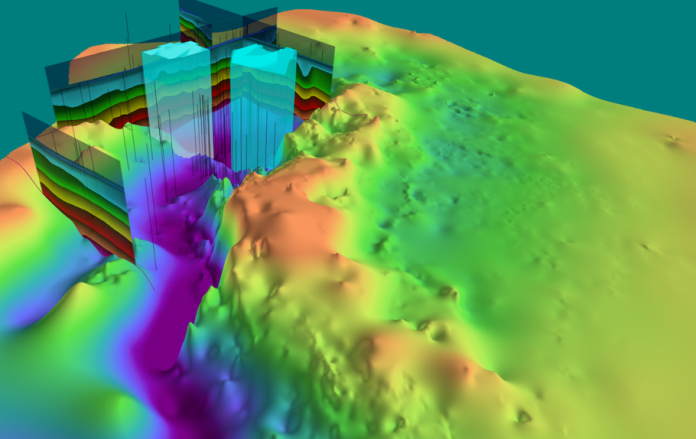 Program identifies the status of product and rail cars during the delivery process.