The Deepwater Conqueror is currently in the Gulf of Mexico, under a $579,000/day charter contract with Chevron, which expires in December.

Additionally, the Deepwater Asgard was awarded a one-well contract with another operator in the U.S. Gulf of Mexico. The value of this contract adds approximately 90 days and $27 million in backlog and includes $40,000 per day for managed pressure drilling services.

According to Tudor, Pickering, Holt & Co., while both these contracts are short-term in nature (about 85-90 day terms), the short durations suggest an even tighter U.S. GOM market than the pricing for these awards might suggest. While the U.S. GoM market has some regional-specific supply and demand factors such as new BSEE regulations, working in its favor right now, these awards are highly constructive data points and point to a very tight U.S. GoM deepwater rig market.

The announcement of new contracts comes days after the Swiss-based driller released its 2Q fleet status report, in which it announced several new contracts in Brazil, Norway and U.S. GoM along with the cancellation of one contract. Transocean also said the company’s total backlog is approximately $7.3 billion, as of July 21. 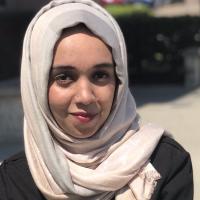