For the past several years, the accepted approach for devising an optimal completion program was based upon a combination of deterministic fracture modeling reinforced with empirical validation such as tracers and microseismic surveys. This approach requires costly and time-consuming tests that often might not adequately uncover the complex relationships of parameters that drive unconventional reservoir production, such as the impact of fluid chemistries and thin laminations on a fracture treatment.

Artificial intelligence (AI) has been applied with great success over the past five years within the oil and gas industry, but primarily in use cases where extraordinary volumes of data have been available to train AI. A unique set of data science tools have been developed to overcome the challenges of “sparse data” in the subsurface, where significant expenditures and risk have historically made it the Mount Everest that AI will need to climb.

Subsurface-focused AI is engendering a powerful transition to address the needs of modern day shale development. The expensive, time-consuming paradigm of collecting direct downhole measurements to model the explicit physics behind the reservoir is undertaking a gradual yet palpable pivot to a statistical, implicit physics- driven approach. When implemented properly in combination with traditional geophysical constraints, subsurface AI provides an accurate statistical solution that is based on the intrinsic physics of a reservoir without the expense or time of a classical deterministic approach.

The early days of shale development incorporated software technologies and workflows borrowed from conventional reservoirs, including fracture simulations, extensive rock laboratory testing and natural fracture models. Over time, the industry has pivoted to a statistical approach using cluster analysis tools such as Spotfire to ascertain treatment design and stage spacing. These software packages were powerful but could lead to misleading results. These packages also were hampered by sparse, inaccurate public datasets and limitations of analysis to a handful of intuitive—yet not necessarily causal—relationships, such as the impact on production of proppant size, fluid volume, etc.

The next generation of statistical tools for fracture design will employ AI in a tightly coupled manner with static models and geophysical understanding. High accuracy predictive models for fracture design, and ultimately production, will draw upon AI to perform quality control on poor data, provide synthetic formation properties in the absence of sufficient direct measurements, uncover causal relationships and generate optimization curves for trade-offs between fracture intensity and net present value (Figure 1).

The latest AI techniques from the Defense Advanced Research Projects Agency around explainable AI (XAI) will start seeing adoption in the oil and gas industry. One of the first applications is fracture design, where XAI can help identify the optimal design and relative importance of various reservoir and completion parameters. Operators will be able to focus time and allocate completion budgets to the most important value drivers. 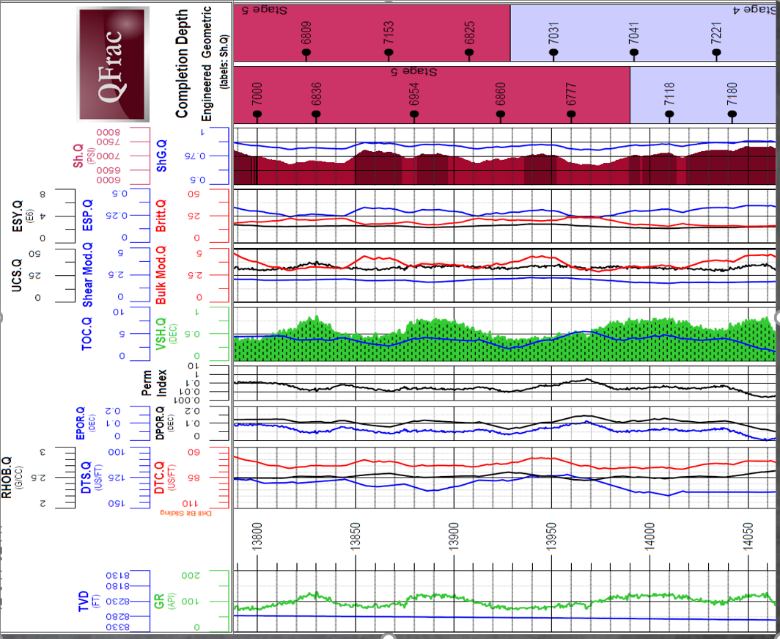 Quantico began specializing in applying AI for the subsurface in 2012 and has generated sonic and density logs from the existing data process. These AI-based well logs have been utilized in real time to improve drilling efficiency and geosteering and in the post-drill mode for completions. They have been qualified by a supermajor to generate the same accuracy as a repeat run of an LWD tool in deep water. Advanced AI workflows also have been developed for seismic data to exhibit high-resolution static models to map log properties through the entire seismic volume (Figure 2). 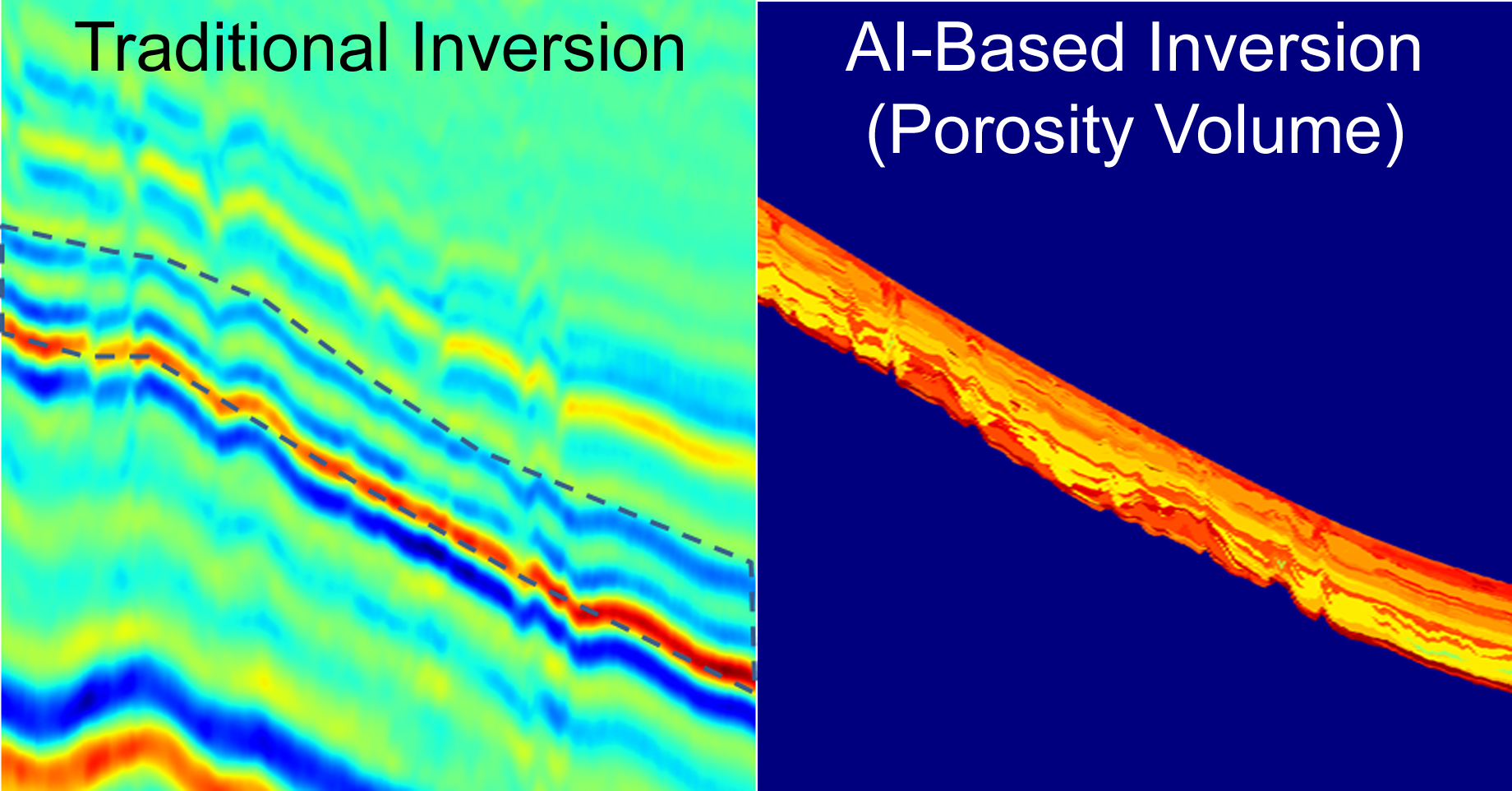 It is known from AI-based logs and direct measurements that the rock properties at a pilot well are dramatically different relative to the rock 2,134 m (7,000 ft) down the lateral.

Various operators have mapped the formation to see significant stress variability both across a given lateral and across multiple laterals in the same pad. An operator in the Permian Basin’s Wolfcamp Formation asked Quantico to provide an economic completion solution to place perforation clusters for each stage. Quantico provided geomechanical logs derived from the well’s drilling data, allowing the operator to reduce the time to achieve the designed injection rate by an average of 11% in each stage. Because the fracture stages were located in zones of similar stress, the fractures in each stage initiated nearly simultaneously across the perf clusters as shown from the treating plots. Production was 27% higher for the optimized well compared to a nearby offset well.

More recently, completions engineers have focused on not only the production drivers for optimized completion placement but also the operational and cost efficiencies. The risk of a fracture hit—which may be caused by uncontrolled fracture growth at a low-stress perf cluster before fractures start at the adjacent clusters—was minimized. By combining fracture stages in sections where the rock is conducive, operators can save hundreds of thousands of dollars per well from reduced wireline, millout and fishing operations costs. The AI solution also can save operators 80% on formation evaluation costs compared to the cost of running conventional openhole logging tools.

Quantico has employed AI techniques on more than 100 U.S. land wells and, in every instance where a geometric offset well was available for comparison, the optimized placement was shown to increase production, generate smoother fracturing jobs and lower overall operational costs. In such cases from the Permian Basin and Bakken, the optimized completion yielded between 10% and 40% improvement in production rates compared to geometric completion designs.

The next generation of AI tools will reveal greater insights around fluid chemistries, proppant types, pumping rates and volumes to deliver 90%-plus accuracy in production predictions based on proprietary and public datasets.

Quantico’s XAI can make use of more than 1 million well logs from public databases as well as proprietary well logs, drilling data, pressure pumping data and seismic volumes from operators to predict production. Consistent with empirical observation, the XAI has found that well placement is a much more important parameter to get right in the Permian Basin, whereas fracture design is more important in the Bakken. Both reservoir properties and fracture design are important decisions to optimize, but such XAI workflows can reveal the relative importance of various parameters. This not only helps prioritize operator resources on focusing on the low-hanging fruit but it creates a coherent audit trail to shine a light inside the proverbial black box. It is of the utmost importance for AI projects to be able to identify the major value drivers for a fracture program to garner cost efficiencies as quickly as possible. The alternative scenario is an open-ended data science experiment.

Whether the decision is about treatment design or stage placement, at its core AI is about creating a framework for bridging the statistical world of implicit physics with the explicit geophysics. Such a framework will need to rely on specialized subsurface AI workflows that can make reliable use of sparse, poor quality public datasets in combination with proprietary datasets such as vertical and horizontal logs, core, seismic and fracture data.

The next generation of subsurface AI tools is a natural evolution of fracture design from traditional cluster analysis to more powerful predictive models that will help the industry allocate fracture budgets and, perhaps equally importantly, help completion engineers identify the most influential and malleable parameters to devote their attention to so they can maximize completion efficiency. 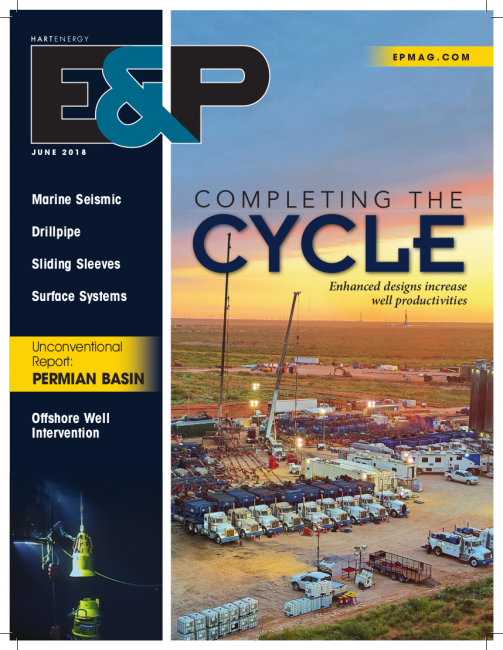