French energy giant TotalEnergies SE has pulled ahead of rivals Shell Plc and BP Plc in the race to build up a renewables business, data collected by Reuters shows.

But despite the growing focus on the climate, investors remain cautious for now, with shares of the three European giants trailing their oil and gas-focused U.S. rivals Exxon Mobil Corp. and Chevron Corp. so far this year. 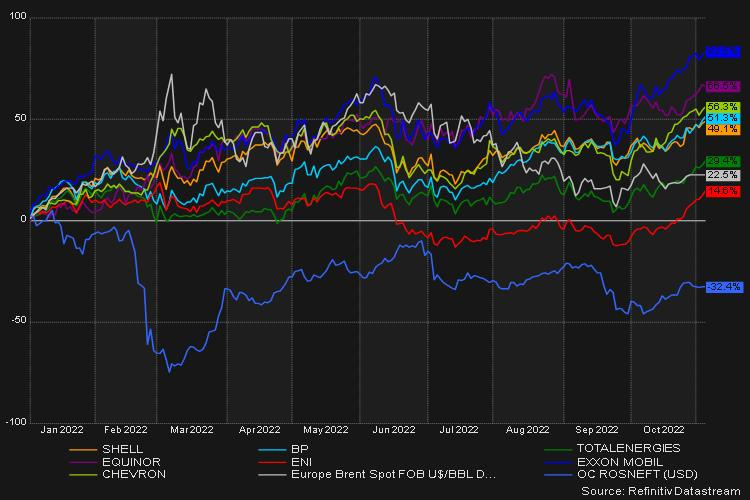 TotalEnergie’s shares have also significantly underperformed its British rivals, even after the company reported record profit in the third quarter of 2022 thanks to its thriving oil and gas operations and near-zero debt.

BP, Shell and TotalEnergies have all set out ambitious plans to shift towards low-carbon and renewable energies in the coming decades in an effort to slash greenhouse emissions to net zero. 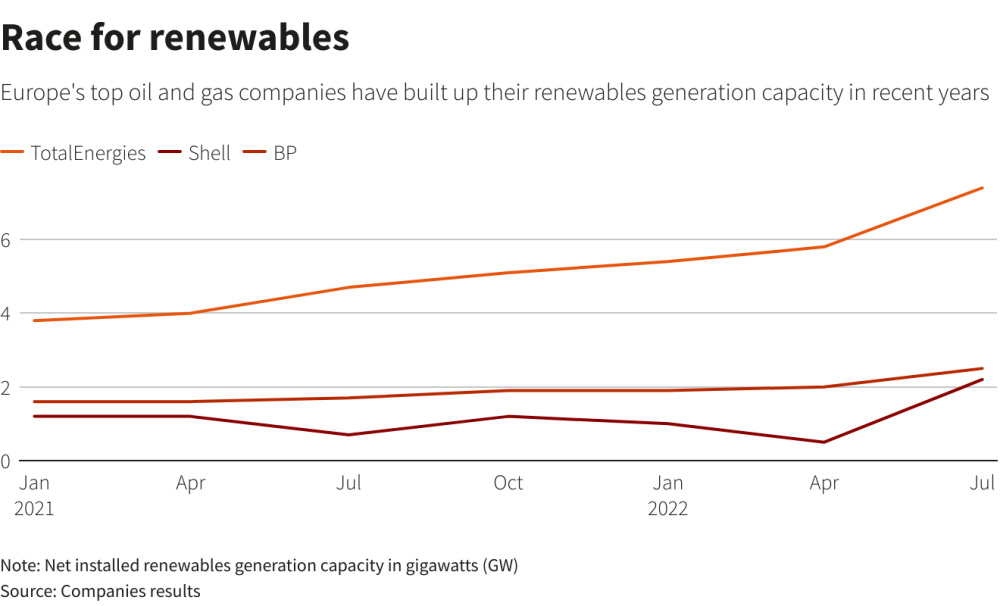 While their spending remains mostly focused on oil and gas, they aim to grow investments in low-carbon in the coming years.

TotalEnergies had a portfolio of 7.4 gigawatts (GW) of net installed renewables capacity by the end of September, according to company data, following investments such as a $2 billion partnership with India’s Adani Group last year and the acquisition of a 50% stake in Clearway, one of the largest U.S. renewables firms. 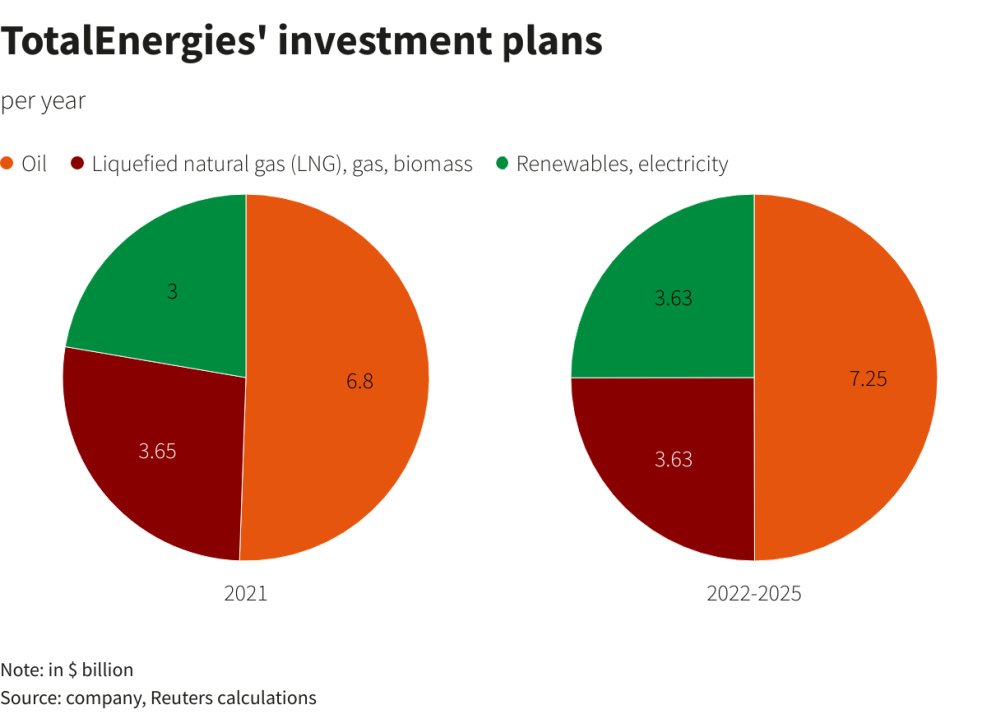 BP, by comparison, has so far built 2 GW of operating renewables capacity, partly through its 50% stake in Lightsource BP, one of the world's top solar producers. 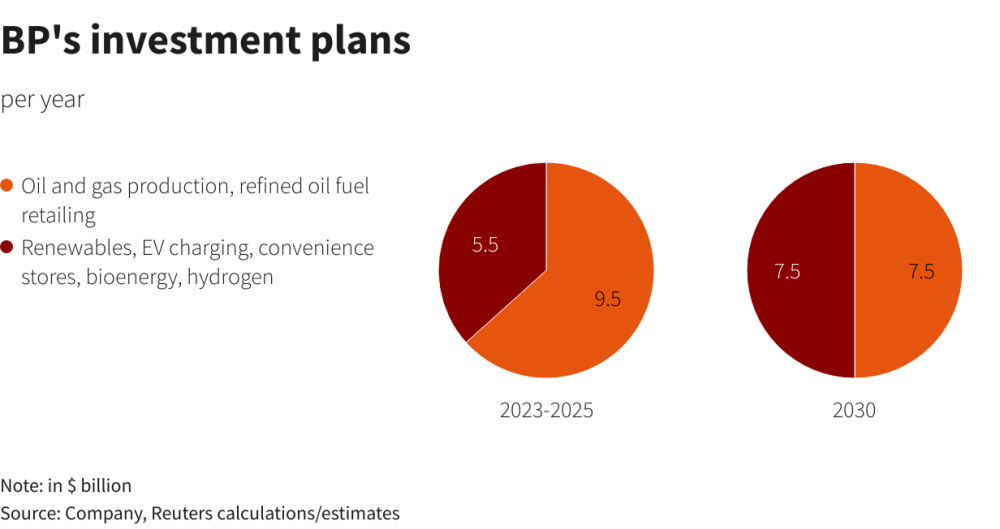 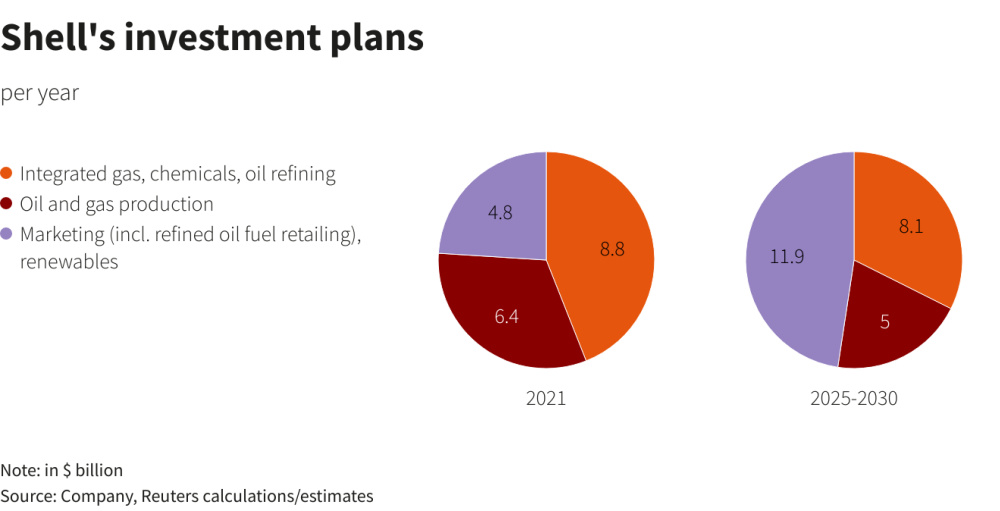 It is a similar story with the three firms’ pipeline of projects under construction or approved for development, with 45.2 GW for TotalEnergies, 26.9 GW for BP and 5.2 GW for Shell.

TotalEnergies aims to have 100 GW of gross renewables capacity by 2030 while BP targets 50 GW of net renewables. Shell has not set a capacity target but aims to trade 530 terawatt hours of electricity over the period.

TotalEnergies has also reduced its debt faster than its two rivals and could be net debt-free by the end of this year, giving it more flexibility to invest and acquire. 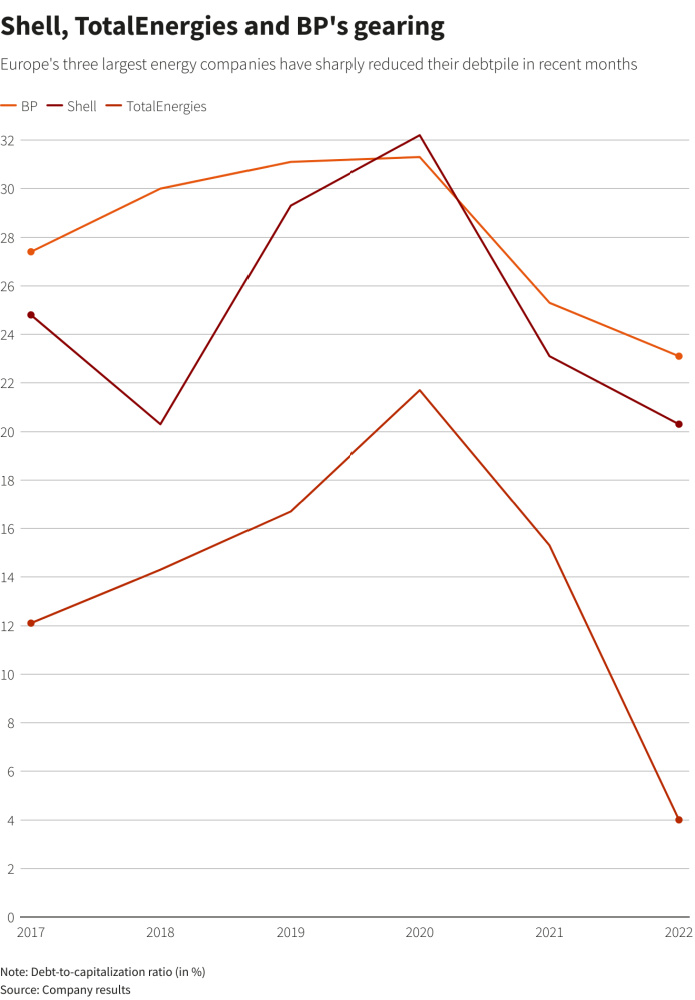 Investors have yet to be swayed by the growing investments in renewables and credit rating agency Moody’s also sounded a cautious note, saying that the shift would bring the companies into direct competition with utilities for projects that generate lower returns that traditional oil and gas investments. 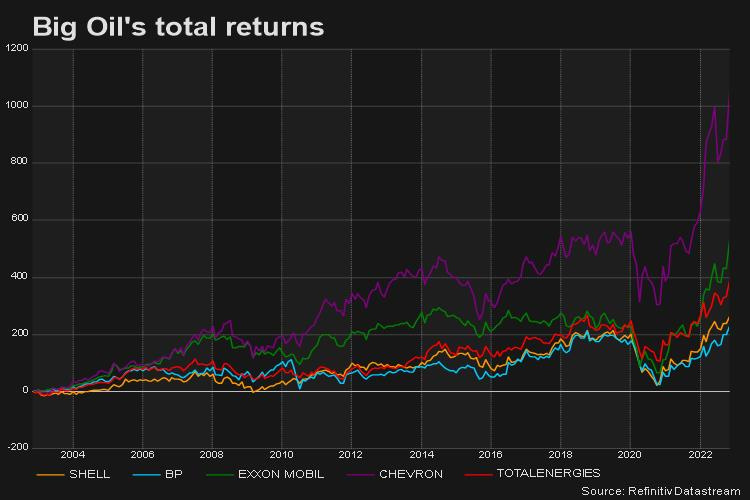 “The ability of BP, Shell and TotalEnergies to enhance returns through optimizing ownership, the funding mix, marketing and integration into their overall offerings will be key to the total returns achieved,” Moody’s said in a note.

It also noted the three companies’ investments in projects and infrastructure spanning electric vehicle charging to hydrogen, saying the ultimate profitability would remain uncertain for years to come.