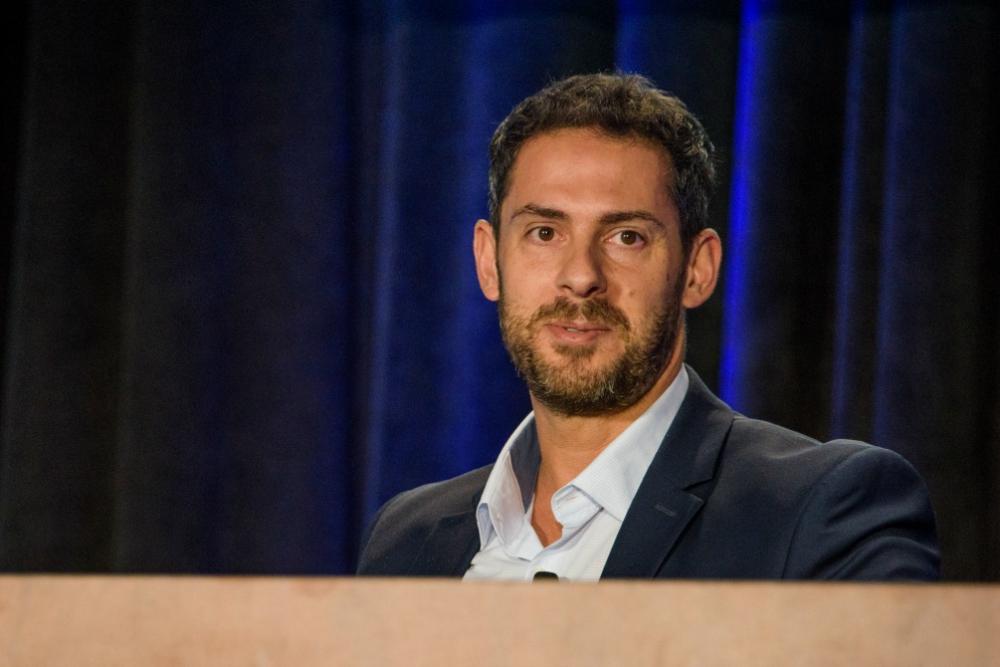 “It’s the most awkward thing in the world,” Daniel Rice said of his brother’s, Toby and Derek, efforts to take over EQT at Hart Energy’s Energy Capital Conference in early March. (Source: Steve Toon/Hart Energy)

DALLAS—For one Rice brother, the growing activist feud between EQT Corp. has been uncomfortable.

Unlike his brothers Toby and Derek, former Rice Energy CEO Daniel Rice joined the EQT board following closing of his company’s merger with EQT in November 2017. And, as far as EQT is concerned, Daniel has largely been cut off, professionally, from the brothers he worked alongside to grow Rice Energy from a family-owned operation into a billion-dollar enterprise in the Appalachian Basin.

“It’s the most awkward thing in the world,” Rice said of his brother’s efforts to take over EQT at Hart Energy’s Energy Capital Conference in early March.

Rice, who still continues to work with his brothers at the multi-strategy fund they launched named Rice Investment Group, made it clear that he believes in the EQT-Rice deal. If they hadn’t sold Rice Energy to EQT, he said they would’ve ended up pigeonholed in the Appalachian Basin regardless of their success thanks to the current state of the energy capital markets.

“We’d be an unloved, pure-play Appalachian company along with the rest of them,” Rice said.

Recent volatility in commodity markets, especially crude, has effectively crushed E&P investor confidence and resulted in a near shutdown of capital markets for the energy sector.

For example, last year ended with the worst quarter for upstream equity issuances since 2010. According to data from Drillinginfo Inc., two upstream issuers came to market in the fourth quarter of 2018 raising $67.5 million. This was down as much as 94% from third-quarter 2018 and down 97% from the roughly $2.2 billion raised via 16 offerings in the final quarter of 2017.

“I mean it’s somewhat ironic that this is an energy capital conference and most public investors are saying we don’t want to give you any more capital,” Rice told conference attendees. “And so, all of us are scrambling to find ways to squeeze more money into the system that it’s just not there right now.”

The slowdown in public markets has created a “logjam effect” on the rest of the sector, according to Rice. And despite the E&P industry’s evolution within the past year from a growth sector to a value sector, Rice believes most E&Ps were not designed to live in this new world.

“You’re seeing a lot of companies that were created for just high growth for exploration that are now being forced by investors to not just live within free cash flow but actually generate real cash on cash full cycle returns,” he said. “And it just hasn't been part of their DNA to really focus on those things and so you really need to see just change almost at the executive management level of these companies to take on a different mindset of how am I going to run an E&P company.”

Rice pointed towards consolidation as a way for E&Ps to become more efficient. Though he acknowledged the difficulty for this option for many public companies.

“It becomes wicked hard for public companies to buy companies that are private if the private companies can ascribe a greater value to that asset,” he said.

Rice noted that this was even a challenge he saw with the merger between Rice Energy and EQT.

“EQT acquired a company that just did things a little bit better than they did,” he said. “And it becomes really hard to justify and create synergies when you have that dynamic where the larger companies are less efficient than the smaller companies that they’re going to be acquiring.”

However, Rice believes consolidation still can only get E&Ps halfway there. In order to start generating real cash returns, he said companies will need to turn to new technologies that will help them lower breakevens.

Embracing technology and other efficiencies could save companies $8 to $10 per barrel of oil, S. Wil VanLoh, founder and CEO of private-equity provider Quantum Energy Partners, said during his opening keynote address the conference.

Through Rice Investment Group, the Rice brothers plan to target investments of $1 million to $20 million across the upstream, midstream, oilfield service and energy technology sectors, focusing on companies that are “electrifying the oil field.”

“It starts with really just reducing our breakevens even further across these basins,” he said. “And so, one of the things that we’re doing is trying to figure out new ways, new solutions on the technology on that oilfield services side to really help companies do things better because that helps makes this whole circle become a little bit more virtuous.”