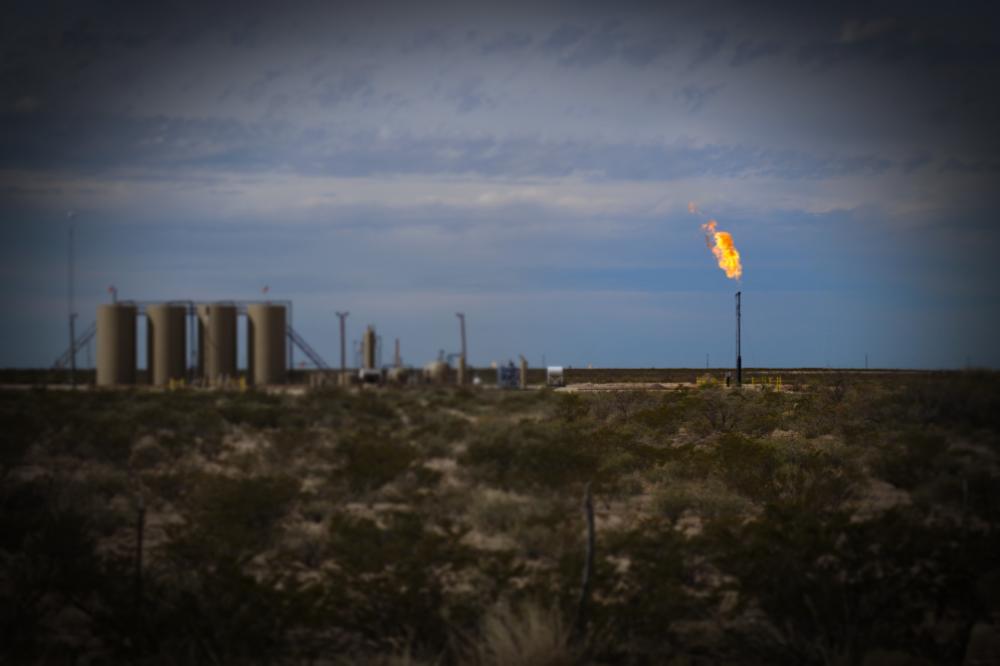 The Texas Methane & Flaring Coalition announced on Feb. 10 a goal of ending routine flaring in the Lone Star State by 2030.

“The Texas Methane & Flaring Coalition supports industry’s continued progress to end routine flaring and shares a goal of ending this practice by 2030,” the coalition said in a statement. “Based on an extensive review of regulatory requirements and operational best practices that include maintaining the accessibility of flaring for safety and environmental protection, the coalition considers routine flaring to be flaring of natural gas from new and existing wells/facilities during normal production operations when gas gathering, processing or infrastructure are insufficient or unavailable.”

The coalition, comprised of trade associations and over 40 operators, was established in December 2019 to develop industry-led solutions designed to mitigate and reduce methane emissions and flaring in Texas.

According to recent claims by the Environmental Defense Fund (EDF) citing analysis commissioned from Rystad Energy, the oil and industry in the Texas Permian Basin can eliminate most routine flaring at zero cost with simple rules and operator changes.

The use of flaring in Texas—the biggest oil-producing state in the U.S.—reached a peak in 2019 following a surge in crude production. And despite flaring dropping significantly last year driven by global supply-demand shocks, Rystad Energy expects flaring to pick back up as production rebounds.

Some in the industry, such as Permian pure-play Pioneer Natural Resources Co., have taken upon themselves to tackle the issue of flaring. Pioneer aims to eliminate routine flaring by 2025 and other large Permian operators, including Occidental Petroleum Corp., have set ambitious targets to reduce greenhouse gas emissions.

Additionally, the chairman of BP Plc and the president of Royal Dutch Shell Plc sent a letter to the Texas Railroad Commission last September urging them to support the goal of eliminating routine flaring in the state.

In a Feb. 10 release, leaders from the seven coalition trade members also weighed in to comment on the goal of ending routine flaring.

“The oil and gas industry continues to be the most important industry in the world and to Texas. Panhandle Producers & Royalty Owners Association (PPROA) supports the Texas Methane & Flaring Coalition’s efforts to reduce unnecessary flaring and to eliminate it by 2030. A concerted effort by all, along with technology advances, will make this possible."
–Dana Newsome, chairman, and Todd Lovett, immediate past chairman, Panhandle Producers & Royalty Owners Association (PPROA)

“The efforts by the Texas Methane & Flaring Coalition today further illustrate that operators across the state, in particular Permian Basin operators, are committed to and investing in ways to reduce flaring like never before. We are proud to be part of this growing coalition focused on working together to promote environmental stewardship.”
–Ben Shepperd, president, Permian Basin Petroleum Association (PBPA)

“Texas independent oil and gas producers have set the standard for innovation and advancement in the oilfield, displacing dirtier fuels such as coal and biomass. As a result, U.S. and global emissions have plummeted. To further reduce our emissions while generating abundant, affordable and reliable energy, we need an all-hands-on-deck approach to solving problems – not costly top-down mandates that attempt to pick winners and losers. Commitments like the one today, along with the strong leadership of the Texas Railroad Commission, will ensure Texans continue to reap the benefit of the safe production of our natural resources to fund our schools, roads and water infrastructure.”
–Jason Modglin, president, Texas Alliance of Energy Producers

“The Texas oil and natural gas industry has made its commitment to reducing emissions and routine flaring well known and has achieved measurable results through voluntary actions, industry best practices, and ongoing investment in greenhouse gas mitigating technologies throughout the oil and gas value chain. The Texas Methane & Flaring Coalition is one of several examples of the collaboration that’s occurring with many of the leading oil and gas producers in Texas to build upon the industry’s success in improving its environmental footprint and sustainable operations.”
–Ed Longanecker, president, Texas Independent Producers & Royalty Owners Association (TIPRO)

“The Texas oil and natural gas industry continues to make tremendous strides toward a cleaner, stronger and better energy future, as evidenced by the Texas Methane & Flaring Coalition’s goal to end routine flaring by 2030. Thanks to pioneering technologies, innovations and advancements unmatched by any other private sector, the oil and natural gas industry continues to serve as a catalyst for environmental progress here in Texas and around the globe.”
–Todd Staples, president, Texas Oil & Gas Association (TXOGA)

“The Texas midstream industry supports the Texas Methane & Flaring Coalition’s goal to end routine flaring by 2030. Texas Pipeline Association (TPA) member companies look forward to playing a significant role in achieving this goal, as it is recognized that the availability and construction of essential infrastructure is proven to reduce emissions while transporting the hydrocarbon products that Texans rely on every day.”
–Thure Cannon, president, Texas Pipeline Association (TPA)

The identities of the oil and gas companies involved with the coalition have not been disclosed.