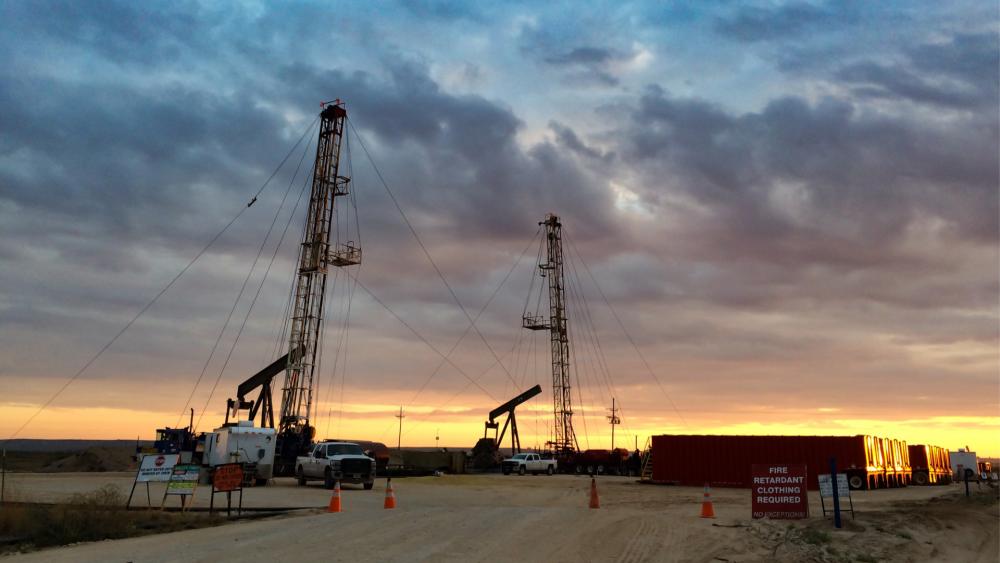 While Texas oil production has reached record levels due to the shale revolution of the last decade, there has been concern regarding the water that is produced from wells alongside oil and gas.

Five years ago, the question was whether produced water was an asset or a waste. Today, operators know it’s both. The question remains how to use it as a sustainable commodity outside the oil and gas industry.

“Energy and water are inextricably bonded in achieving this feat. To ensure U.S. energy production dominance, it will be imperative for the Texas oil and gas industry—as the national leader—to continue to use water wisely and sustainably,” Tintera said.

While Texas’ well-developed regulatory and legal framework demonstrates its past leadership on water issues, state authorities have continued making legislative and regulatory strides to ensure authority keeps pace with the rapidly evolving business models of oil and gas production and produced water. The report states that there was significant legislative activity in the 86th session. The Legislature clarified produced water ownership, requested federal delegation for discharge of treated produced water, and expressed a desire to see additional studies on economic impacts.

Discussions and hearings over the next two years are possible as the issue continues to be studied by legislators.

Concerns remain regarding the longevity of disposal well capacity, changing state requirements for seepage/evaporation ponds, and reduced ability to reuse the treated water in basins where drilling and completion activities decline.

The report also revealed that some operators are currently using more than 80% produced water to fracture new wells, while others have made it a priority to reuse 100% produced water. The 2019 Groundwater Protection Council report estimated reuse exceeds 10% in the Permian Basin, but is negligible in the Haynesville Basin and is slightly over 1% in the Eagle Ford Basin. The report forecasts that the produced water recycle and reuse is likely to increase as the midstream industry matures and injection capacity is unable to keep pace with production.

Current as well as existing and emerging tertiary treatment technologies reviewed in the report can support cost-effective recycle and reuse in the oil and gas field. However, none are “silver bullet” technologies that will lower costs to a degree that disposal wells would be obsolete.

According to the report, “disposal options must be considered and maintained. Going forward, disposal capacity may become limited, which will require more support from produced water treatment for recycling and reuse. Future advancements in desalination technology may lead to an economically competitive solution for the growing wave of produced water in Texas, and could allow for more beneficial reuse outside the oilfields.”

The study also reviews obstacles to water recycling, which include public perception, regulatory, and political issues that are hard to put a price tag on, but nonetheless factor into water managers’ decisions. “While it’s not easy to assign a dollar cost, the environmental, community, political, and regulatory issues factor into whether operators opt for treatment over direct disposal,” the report stated.

Recommendations
One of the key objectives of the white paper is to offer water management suggestions and encourage changes to Texas’s policy and regulatory framework that will boost the safe and economic use of treated produced water outside the oil and gas fields in the coming years. The white paper offers the following 10 recommendations: