One day, many years from now—at least 30 in the estimation of Glenn Jacobson, a partner at Trilantic North America—oil, simply too costly to extract, will sit underground. Until then hydrocarbons will continue to be extracted by an oil and gas industry that values the ability to adapt technology to its needs.

The industry “tends to, in general, develop resources in order of lowest extraction cost to highest extraction cost,” Jacobson said following Privcap’s recent “Inside The Energy Tech Revolution” webinar, which discussed possible future trends in industry technology and hiring. “Technology has the ability to reset this ordering and/or shift the curve at certain points in time … but it is fairly inevitable that it will be harder to extract oil in the future than it is now.”

During the ongoing downturn, energy companies have retooled themselves to ease the process of making money. As hopes of an upturn continue surfacing, Jacobson and two other analysts highlighted ways the industry is harnessing technological and human capital advances, which could help it survive and thrive through the next round.

“Technologically sophisticated employees,” have the advantage in the field today, acknowledged Brian Hansen, a principal at Vortus Investments. Now that upstream development often uses multiwell horizontal wellpads, those employees handle “the decisions surrounding the development” of those wellpads, which now have initial flow rates of more than 5,000 barrels per day (Mbbl/d).

Hansen contrasted this with the vertical wells of five years ago that produced less than 200 bbl/d, noting that decision making was made at the field level.

Whatever technological sophistication will look like in the future, Hansen stressed that technology “displacing hiring altogether” is not likely. “I think the most prudent operators will maintain a steady hiring pattern and, hopefully, not overreact to short commodity price cycles.” 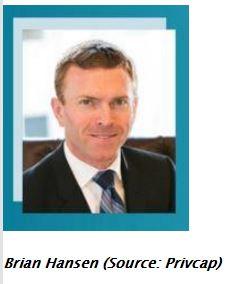 Both Hansen and Jacobson agreed that completion designs will remain vital into the future. They “will continue to improve and become more complicated as well density increases in the most productive fields,” Hansen said.

Jacobson said that the complexity and intensity of completions are increasing, and alongside it, drilling times are decreasing. At some point, he said, this respective growth and shrinkage will slow down. At that point, “it would not be surprising to see additional, as yet unseen technological improvements come on the back of a slowing in the rate of growth in completion intensity.”

What else could happen in the future?

There could be an even mix in industry hiring between workers with skill sets more common to the older generation and workers with skills more suited to the present day. Rachel Everaard, a principal for people advisory services at EY, said that even so, the “core set of roles” will stick around. Therefore, fewer welders and mechanics may be hired if a company is moving more toward automation. In that case, more people would be hired who can run that automation.

“Competition for talent will get even tighter,” Everaard said.

Hiring will become more creative, she said. Hiring managers might seek potential employees with engineering backgrounds and an IT focus because, with the rise of remote operations in the oil and gas sector, a worker’s ability to remain onshore while operating equipment would be valuable. 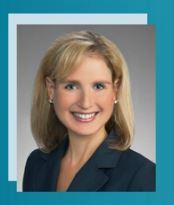 Everaard said employers might seek candidates who have more cultural awareness and a global mindset and perspective—honed from generating worldwide contacts and possessing a desire to travel—and who also have flexible thinking and problem solving skills and experience working in team environments.

She said the industry that traditionally looked toward “oil and gas universities” for talent and to advanced technology could now look harder at liberal arts universities for its hiring pool.

Related: Global Energy Talent Index: How Will The Industry Staff Up?

Though the flow of hydrocarbons seems endless, Jacobson said hydrocarbons might one day finally outlive their cost effectiveness. Currently, “the rate of improvement in alternative energy does not appear to be abating,” he said. As solar technology—and others—compete with fossil fuels “without the overlay of government-driven subsidies” and when eventually, infrastructure surrounds this, hydrocarbon extraction could become prohibitively expensive. 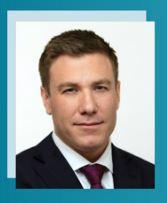 End-to-end costs of electric vehicle construction fueled through solar and other technologies could be cheaper than the increasingly efficient internal-combustion-driven cars. Plastics, chemical additives and other goods will remain. However, advanced materials could alter this, Jacobson said.

2022-06-14 - The fire that knocked out the Freeport LNG gas-processing and export terminal has not affected the increase in spot rates, he said. The plant is out of operation through at least month’s end.