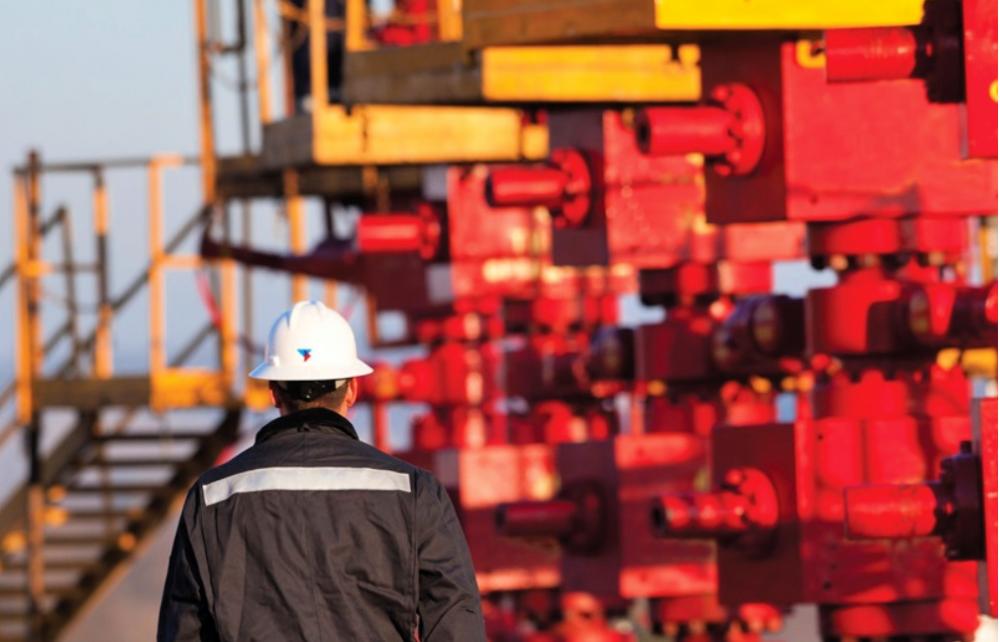 Back of TechnipFMC worker near surface wellheads on a frac pad in North America. (Source: TechnipFMC Plc)

Roughly two years after the merger that resulted in its creation, TechnipFMC Plc has decided to separate into two independent, publicly-traded companies.

The oilfield service company said Aug. 26 that its board of directors unanimously approved its plan to spin off TechnipFMC’s onshore/offshore segment into a separate business, referred to as SpinCo, to be headquartered in Paris. As a result, the company’s remaining assets, RemainCo, will consist of a fully-integrated technology and services provider.

In a statement, Doug Pferdehirt, chairman and CEO of TechnipFMC, said TechnipFMC has pioneered the integrated business model for subsea since the 2017 merger of Technip SA and FMC Technologies Inc.

However, he also noted that the company’s board and management team have continuously evaluated strategic options to further enhance value creation and “after a comprehensive review, [we have] determined that it is in the best interest of TechnipFMC and all of our stakeholders to create two diversified pure-play leaders.”

“We are confident that the separation would allow both businesses to thrive independently within their sectors, enabling each to unlock significant additional value,” Pferdehirt added.

Mhairidh Evans, principal analyst at Wood Mackenzie, noted the company’s plans is not to split back into Technip and FMC but rather into upstream and midstream/downstream.

For example, RemainCo, the upstream company, will be, in essence, the legacy FMC Technologies’ equipment and services business plus Technip’s subsea vessels and subsea, umbilical, riser and flowline (SURF) manufacturing business, according to Evans in an emailed statement.

Meanwhile, SpinCo, the midstream/downstream company, will be an engineering and construction business, focusing on LNG, downstream and petrochemicals, which Evans said will build on the legacy Technip position in those areas.

“It is a bold move,” she said. “We think it’s less about ‘correcting’ something that is not working today, rather with an eye on the longer game ahead. Essentially, the demerger is a proactive positioning move for a longer-term market shift.”

With about 15,000 employees, SpinCo would be one of the largest engineering and construction pure-plays and is poised to capitalize on the global energy transition, according to the TechnipFMC press release.

SpinCo will be led by Catherine MacGregor, who currently serves as TechnipFMC’s president of new ventures, as its CEO. Bruno Vibert will serve as CFO, and Marco Villa will serve as COO. The company is expected to be listed on the Euronext Paris exchange.

RemainCo is set to be a fully-integrated technology and services provider with about 22,000 employees. As a standalone company, RemainCo will be the largest diversified pure-play in the industry, the company release said.

The company will remain incorporated in the U.K. with headquarters in Houston and listed on both the New York Stock and Euronext Paris exchanges. Pferdehirt along with Maryann Mannen, executive vice president and CFO, will continue to serve in their roles following the separation.

The separation is expected to be completed in first-half 2020, subject to customary conditions, consultations and regulatory approvals, at which time all outstanding shares of SpinCo will be distributed to existing TechnipFMC shareholders.

Rothschild & Co. is financial adviser to TechnipFMC for the spinoff. Latham & Watkins LLP is the company’s legal adviser with Darrois Villey Maillot Brochier serving as an additional legal adviser.