With the Pac 6000, 6500, 8000 and 8500, Dräger offers a new series of personal single-gas monitors, according to a press release. The monitors detect not only standard gases, such as carbon monoxide (CO), H2S, sulfur dioxide and oxygen (Pac 6000 and 6500), but also special gases, such as ozone, phosgene and nitrogen dioxide (Pac 8000). In addition, the Pac 8500 is available with dual sensors for H2S /CO or oxygen/CO, and a hydrogen-compensated CO sensor. This significantly reduces the influence of hydrogen on the indication of CO. Users can choose between 18 long-life sensors for the detection of up to 33 gases. The industrial battery used in the monitors enables a service life of two years without a battery change. Existing accessories also can be used with the new monitors. Additionally, the Pac series withstands harsh operating conditions. The sensors can be used in a temperature range of -40 C to 55 C (-40 F to 131 F). A replaceable membrane filter protects the sensor against foreign substances such as dust or liquids. draeger.com

geoLOGIC systems has released its geoSCOUT version 8.8 with new features added to enhance the user experience of this product, a press release stated. The new Well Profile Viewer module of version 8.8 allows users to plan and visualize horizontal well surveys in the context of formations, contours, downhole events, completions and logs. It helps users focus on the horizontal section of the wellbore, compare multiple surveys to choose the best option before drilling, pick formation tops, import grid files and create reference surveys to compare wellbores. geologic.com

Chet Morrison Contractors has formed a strategic partnership with iSIMS to launch the iJacket, a new optimized method in jacket and foundation design, according to a press release. The iJacket is more structurally optimized than the conventional true X-braced jacket design, supporting the same deck load, conductor/ riser count, drilling deck, wind turbine or other payload as its conventional counterpart. The iJacket is engineered to provide significant cost savings and reduce material and labor requirements over traditional foundations and jackets by up to 30%. Modern 3-D engineering design and analytical tools allow engineers to design and arrange bracing in a configuration that offers further structural optimization, while still meeting or exceeding the industry design requirements for strength and fatigue performance. chetmorrison.com, intellisims.com 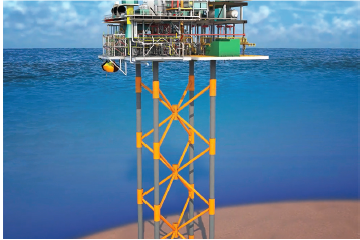 The Oil & Gas Innovation Centre (OGIC) is supporting three new research projects centered on how digitalization can improve efficiency and provide cost savings to the oil and gas industry, according to a press release. Three companies have teamed up with Robert Gordon University’s (RGU) School of Computing Science and Digital Media to carry out research into the digital transformation of the oil field. The first project entails DNV GL developing an interactive program extracting and processing information from images of piping and instrumentation diagrams and other types of engineering drawings. This will speed up the collection of data for use in several technical applications. Phase 1 of the project was completed with support from The Data Lab, with Phase 2 being primarily supported by the OGIC. Working with RGU, Phase 2 will build on the methods and algorithms developed by Phase 1. The second project involves ComplyAnts working to develop an automated system to manage the compliance process. ComplyAnts selected RGU on the strength of its School of Computing Science and Digital Media research and delivery capabilities. RGU will utilize artificial intelligence to develop an automated system to manage the end-to-end compliance process pipeline. The project aims to deliver a fully functional prototype within one year. The third project involves IDS working to develop a data-driven tool to predict task durations, associated risk and nonproductive time. This is Phase 2 of the project; Phase 1, which was supported by The Data Lab, saw the development of a natural language processing library that classifies engineering terms within a daily report. These are then mapped to allow benchmarking and data analysis. This will reduce the amount of time it takes engineers to work with offset data. ogic.co.uk

Water Standard and its produced water subsidiary, Monarch Separators, are strengthening their focus on the unconventional oil and gas industry with a recent upgrade to their H2O Spectrum platform technology, according to a press release. This water treatment platform provides operators with a wide spectrum of affordable produced and flowback water treatment options from disposal to recycle and reuse, or treatment for safe surface discharge. Water Standard has added a low-cost alginate flocculant, coupled with Monarch Separators’ separation technologies to advance the H2O Spectrum platform. Performance from testing a range of challenging inlet water qualities with turbidity up to 700 NTU has resulted in treated water for reuse and recycle with turbidity of less than 2-4 NTU, oil in water down to less than 2 mg/L and iron removal to less than 1 mg/L. For more extensive surface discharge treatment, the H2O Spectrum platform boasts 100% BTEX and total organic carbon removal along with 99+% salinity reduction and the successful accomplishment of passing the Whole Effluent Toxicity tests required for safe surface discharge. waterstandard.com

OriginClear Inc. has completed development and testing of AOxPlus, a method to produce hydroxyl radicals in large quantities to treat highly contaminated wastewater, according to a company announcement. The highly reactive hydroxyl radical delivers more than twice the oxidation, or cleansing power, of chlorine without the toxic byproducts. Based on laboratory testing, OriginClear engineers estimate that the new AOxPlus can produce 10,000 times more hydroxyl radicals than the original AOx technology, delivering superior contaminant breakdown on the same footprint. To generate these new levels of hydroxyl, the OriginClear research team used a special air-breathing membrane in a new reactor, disintegrating hardto- remove contaminants. AOxPlus does not require chemical injection or clear water (as with ultraviolet) and is cost-effective when compared with, for example, diamond electrodes. It can offer a more efficient treatment solution to sectors that produce highly contaminated wastewater. originclear.com

Tendeka has released the MajiFrac Solution, a new portfolio of applications that aims to reduce water use and pumping time during completion operations in unconventional shale plays in the U.S., according to a company press release. The MajiFrac Solution is the combination of a wide range of high-performance technologies and products, which can be used either individually or collectively. It includes a specially blended thermally stable modified acid system; the company’s MajiFrac Composite Plug, which incorporates a pump down feature to minimize water bypass; and MajiFrac, a range of high-viscosity friction reducers. According to Elizabeth Cambre, Tendeka’s business development manager of production enhancement, “In one example, the MajiFrac Solution delivered savings of up to 50,000 barrels of water and reduced pump operating times by 200 hours. The sequence in which the MajiFrac technology is deployed enables optimized fluid distribution across the interval. This can lead to more contact area with the formation resulting in increased production.” The modified acid system, which can be prepared in produced water, boasts a combination of spotting a spearhead acid with plug and perforating guns. It is harmless to the skin and achieves ultralong-term corrosion protection compared to conventional acids, thereby reducing risk to personnel, the environment and eliminating the hazards of casing integrity. While maintaining the positive aspects of solubility and reactivity rates, it minimizes unsafe exposure levels and effluent rates as well as costly transport and storage. It already has been tested and approved by several major operators. tendeka.com 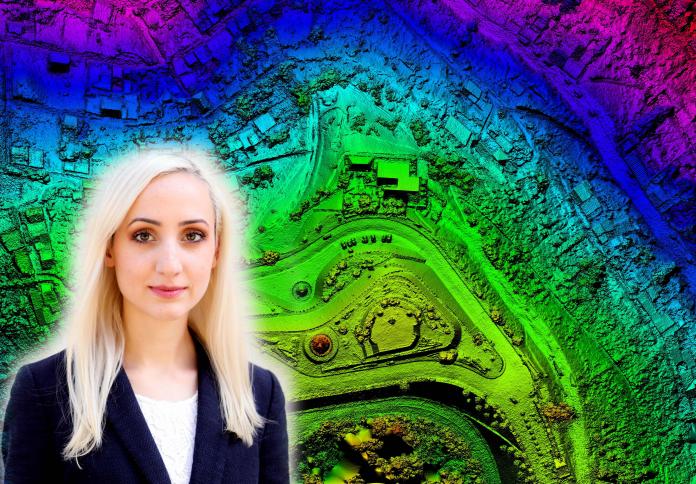 BHP Petroleum, a subsidiary of BHP Billiton Petróleo Operaciones de Mexico, S. De R. L. De C.V., has contracted Doris Inc. on Jan. 27 for the execution of engineer services for the SURF and export pipeline scopes of work of the Trion Project located in the Gulf of Mexico (GoM). 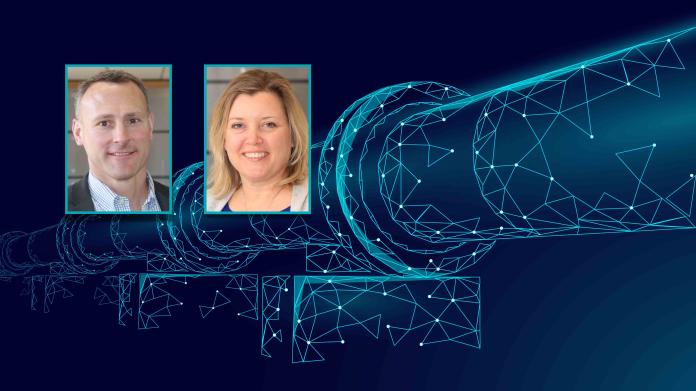