Schlumberger’s StingBlock cutter block features Stinger elements for enhanced durability and a staged-gauge pad design that substantially increases tool stability, according to a recent product announcement. Developed for the Rhino integrated borehole enlargement system, the StingBlock cutter block is designed for hard and interbedded applications that pose a high risk of vibration to the bottomhole assembly and high-impact damage to conventional cutter blocks. A staged gauge pad increases stability and the Stinger conical diamond elements are incorporated along the block for enhanced impact resistance. Field tests using this cutter block demonstrated up to a 29% increase in ROP and a 56% increase in footage as compared with benchmark results in the Gulf of Mexico, the release stated. slb.com

Halliburton has released its Geometrix 4-D shaped cutters, a line of four distinct geometric profiles to help improve cutting efficiency and increase control to reduce drilling costs, a company press release stated. Each cutter is tailored for specific applications. In a recent offshore job in Mexico where an operator was drilling a limestone-shale formation, the Geometrix bit doubled the ROP over a 700-m (2,296-ft) section, which saved the operator three days of drilling time compared to offset wells. halliburton.com

National Oilwell Varco (NOV) has released the new 415Q reciprocating pump to its line of high-pressure positive displacement pumps. The 415Q reciprocating pump is designed to address the challenges of the saltwater disposal and water injection markets. The pump enhances the application capabilities of the existing 5-in. stroke models while providing increased volume opportunities and maintaining high levels of reliability and performance. The 415Q pump available in aluminum bronze and with cast duplex stainless steel fluid ends also has an enhanced power frame and redesigned liquid end. nov.com 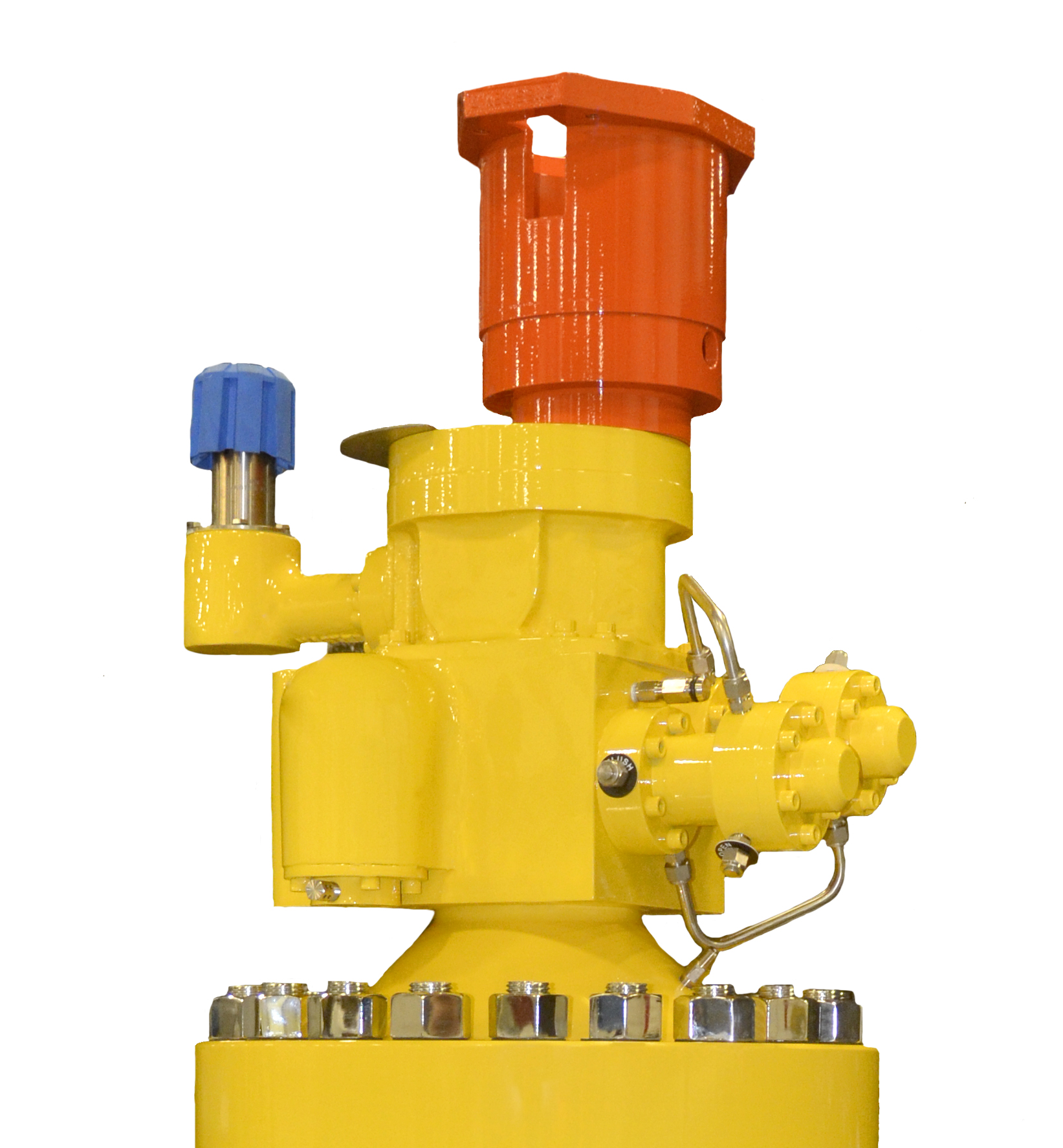 Master Flo Valve Inc. has released a new high-resolution subsea actuator that enables operators to increase production utilizing its existing subsea infrastructure. Based on the hydraulic stepping actuator design that has been proven in subsea applications for more than 20 years, the SL3 provides three times the number of opening set points of previous actuators, a press release stated. When bringing new production online, this combination of reliability and higher resolution delivers the precision required to reduce the downhole pressure drop and surge experienced at each step, and thereby decreases the likelihood of reservoir damage, sand production and debris. On existing wells the SL3 can open subsea chokes to the sand breakthrough point in smaller steps to safely increase production. The SL3 is backward compatible with existing subsea chokes and utilizes the installed electrohydraulic infrastructure. According to the company, this makes it a more cost-effective option than switching to electric actuators, which typically require modifications such as implementing battery power banks or additional power umbilicals. masterflo.com

Aberdeen’s Robert Gordon University (RGU) has released a decommissioning simulator. The simulator and the associated software will be used to support decommissioning activities in the U.K. and other parts of the world, a press release stated. RGU, in collaboration with funding partners The Oil & Gas Technology Centre, KCA Deutag and Drilling Systems, with technical support from Baker Hughes, a GE company, has established the simulator to focus on well plugging and abandonment (P&A). P&A is an area that is forecast to cost the U.K. more than £8 billion (US$10.7 billion) over the next decade, with about 2,500 wells expected to be decommissioned across the U.K., Danish, Dutch and Norwegian continental shelves. The simulator can support oil and gas operators and service companies with the planning and preparation for well P&A, in a similar way pilots get trained and tested on flight simulators. The simulator has the potential to significantly enhance the safety, improve the efficiency and reduce the cost associated with decommissioning oil and gas wells. RGU’s partnership with The Oil & Gas Technology Centre also will create new opportunities to develop and test technologies. rguoilandgasinstitute.com

Bumi Armada Berhad has selected RiskPoynt Barrier Model as its operational risk management and asset integrity solution, a press release stated. The company is working with MDI Enterprises to launch cloud-deployed RiskPoynt at FPSO units in the North Sea and across Asia and Africa. Bumi Armada tapped RiskPoynt after searching for a software tool to improve its process for managing upstream operational risks across its portfolio of FPSO units. The company required an operational risk management application that could meet and exceed new EU regulatory and reporting standards and provide operations and senior executives with clear visibility over the operational health of its global assets in real time. riskpoynt.com

Windrock, a Dover Energy Automation company, has released its new Spotlight Monitoring System, an automated, real-time technology that leverages Industrial Internet of Things principles to deliver insights into the health and performance of critical assets, a press release stated. The system continuously monitors, diagnoses and optimizes equipment health. The system also cost-effectively collects and analyzes performance data from assets in the field and transfers it to the palm of the user’s hand in real time. The system is a plug-and-play tool that utilizes edge hardware, called Spotlight PUC, to acquire highspeed rotating data. The Spotlight Controller then sends these data to a Microsoft Azure-hosted cloud via gateway, where Windrock Enterprise, an intuitive data visualization software proprietary to Windrock, provides actionable insights and uncovers trends concerning the health of the entire fleet of assets. In addition, the Spotlight Monitoring System allows tiered services to enable digital transformation. The monitoring tier allows users to get complete visibility and then augment it with algorithmic analyses from Windrock Enterprise. iot.windrock.com/spotlight 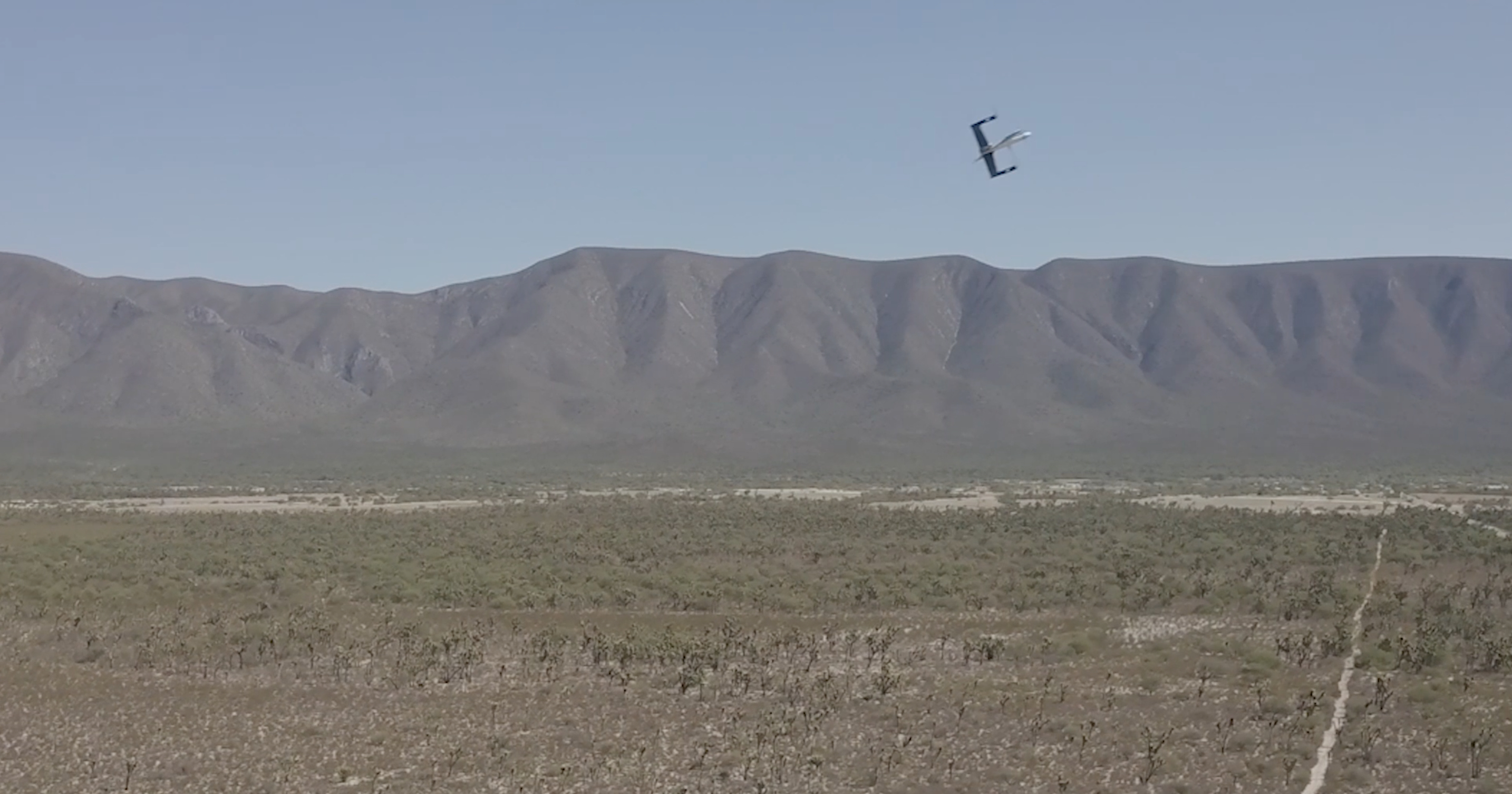 SkyX Systems Corp. has successfully completed an unmanned data collection flight of 100 km (62 miles), one of the longest journeys in its class, a press release stated. The firm successfully flew its SkyOne unmanned aerial system on an autonomous data mission over more than 100 km of gas pipeline in Mexico. The robotic flight was programmed and monitored remotely from the company’s Greater Toronto Area SkyCenter mission control, with a support crew of engineers on the ground in Mexico. Using high-resolution imagery, the longest of multiple flights identified more than 200 potentially significant anomalies along the remote pipeline, ranging from unauthorized buildings and cultivation to a fissure possibly caused by seismic activity. The flight gathered data in a little more than 1 hour, which would have taken a person well over a week. The mission also identified more than 200 georeferenced anomalies the customer was unaware existed, pinpointing precise coordinates for rapid investigation and remediation. skyx.com

Marathon Oil retained Energy Advisors Group for the sale of its oil and gas leasehold located in Caddo County, Okla., with potential throughout  the Southern Oklahoma Hoxbar Oil Trend (SOHOT).