Expro has accomplished proven wireless transmission of reservoir pressure data to surface from a recently abandoned subsea appraisal well, which incorporated a rock-to-rock cement plug, a press release stated. The system was installed in the North Sea and will be used to improve understanding of the reservoir and to optimize future development planning of the field while ensuring full compliance with local well abandonment regulations. This achievement provides operators with a more cost-effective option for well abandonment design and consideration of wider well barrier techniques while maintaining the ability to monitor the reservoir or plug integrity. Expro’s cableless telemetry system (CaTS) wireless gauges, using electromagnetic technology, were installed in the reservoir of the main bore, and casings were cut below the sidetrack kickoff point to install the cap rock cement plug. CaTS repeaters placed in the sidetrack enabled data transmission across the openhole section and to the seabed transceiver for storage and transmission to an overhead vessel. The system provided continuous reservoir data, which began immediately after the drillstem test, allowing extended pressure buildup analysis without rig support. exprogroup.com 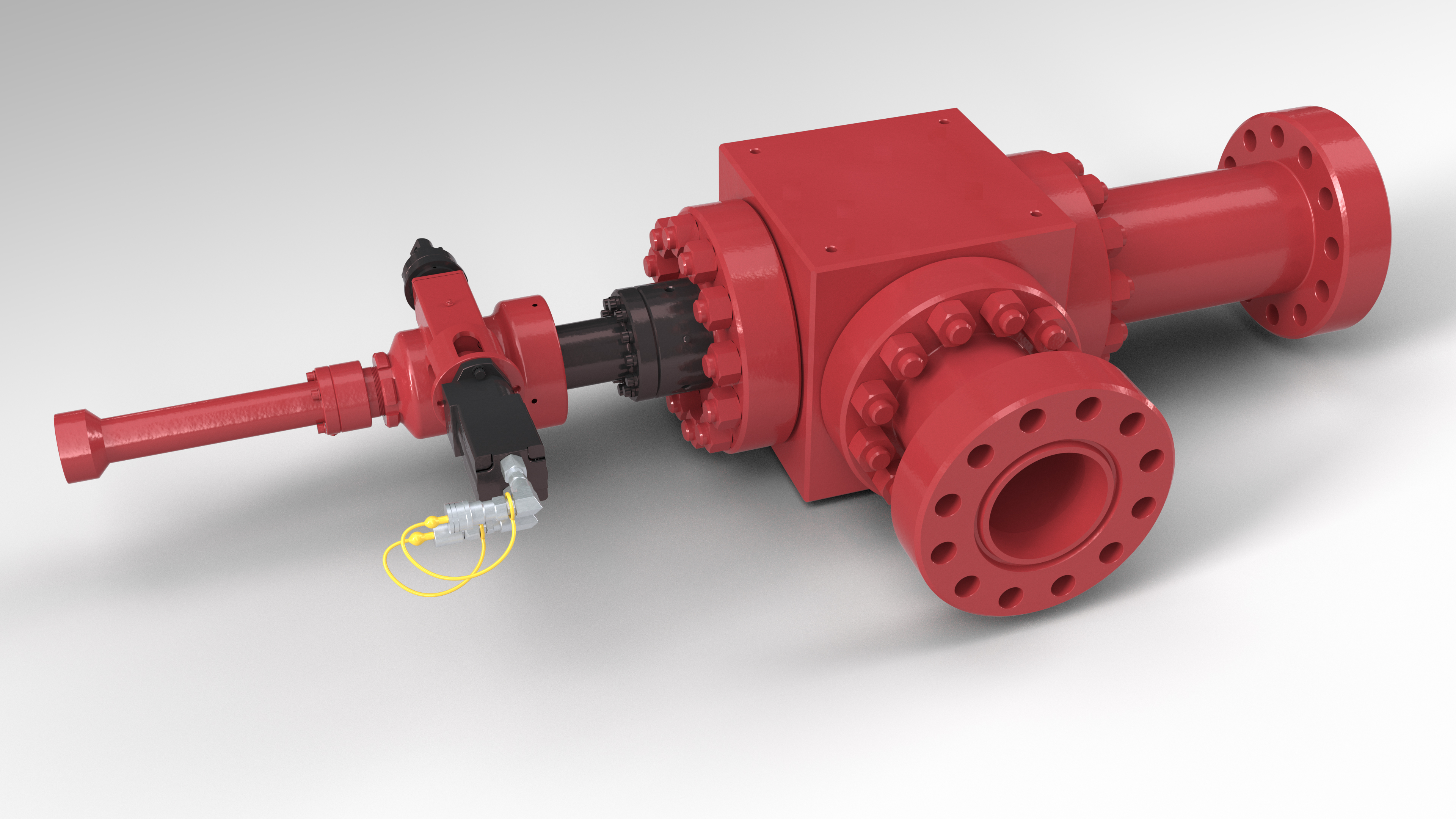 National Oilwell Varco (NOV) has released its HXE-76 choke as part of the MPowerD family of managed-pressure drilling (MPD) product and technologies. NOV provides choke control systems for both hydraulically driven and high-speed electric actuators in single- and dual-choke configurations. The HXE-76 choke characteristics are built into the control system for more accurate control when experiencing high flow rates, which yield higher equivalent circulating density (ECD) during drilling operations. Using this larger bore choke enables dynamic control of flow rate and ECD during MPD drilling scenarios. The HXE-76, available with trim sizes from 4 in. to 6 in., is designed to withstand 5,000 psi through the outlet bore into closed choke without the use of a shear pin or any other safety devices, and a unique body design allows the HXE-76 to be configured into many inlet and outlet arrangements by simply changing spools. In addition, the gate and seat are designed to direct high-velocity wear away from the positive sealing surface, which extends the life of the choke trim, and the operating stem features a built-in anti-rotation feature. nov.com

Halliburton has released its Marine Sentry 3000, a rotating control device that provides a pressure control solution by creating a seal around the drillstring and tool joints for safer containment of fluids during conventional or controlled-pressure drilling operations, a press release stated. The device is mounted on a rig’s surface BOP and monitors key functions to help reduce cost and environmental impact while improving overall well safety in pressure-critical locations. Marine Sentry is equipped with remote latching for secure equipment function that eliminates manual operation and provides wireless monitoring of bearing rpm, pressure and temperature controls data. It also includes a visual workstation to display all critical information to help prevent accidental unlatch of the bearing system. Operators can deploy the device in a number of applications, including managed-pressure or underbalanced drilling, shallow gas, and abnormally pressured formations in extended-reach horizontal and ultradeep vertical wells. It is rated to 3,000 psi static pressure and 2,000 psi dynamic pressure to help provide increased reliability and tight control of drilling fluids to meet safety standards. halliburton.com 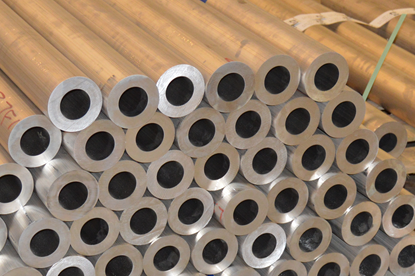 Dissolvable materials manufacturer Terves Inc. has released a high-temperature (HT) dissolvable alloy that is built for operating temperatures of up to 150 C (300 F), a press release stated. The TervAlloy-HT is geared toward HT environments such as in the Gulf of Mexico and is available in various shapes in lengths of up to 48 in. “All the currently available dissolvable alloys see a 50% to 70% drop in mechanical properties at 300 F compared to their standard operating temperature of 100 F to 150 F [38 C to 65.5 C], whereas we have been able to engineer our TervAlloy-HT to offer properties similar to industry-leading TervAlloy TAx-100E Alloy at significantly higher operating temperature,” Terves CEO Andrew Sherman said in the news release. “This is a significant step toward interventionless tooling being used across any oil and gas operating environment, especially since oil and gas completion and production is witnessing higher operating temperatures every year.” tervesinc.com 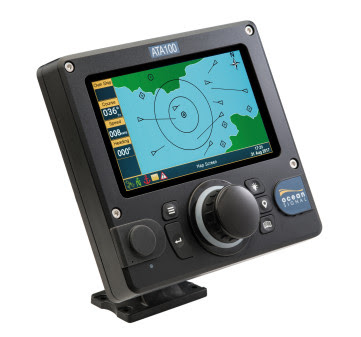 Ocean Signal has released the ATA100 Class A AIS Transponder, a combined SOLAS- and Inlandapproved tool capable of exchanging dynamic and static ship data with other automatic identification systems (AIS) to aid collision avoidance and improve safety for both commercial and recreational vessels, a press release stated. The ATA100 is the only Class A AIS transponder available rated to the IPX7 waterproofing standard and features a 7-in. high-intensity full-color rapidresponse LCD to clearly display real-time marine traffic information. The coastline map and radar views have various orientation display options, while a standard target list display can be customized according to preference to provide immediate detailed information about nearby vessels. The AIS message-sending functionality ensures that safety-related messages can be quickly delivered or received by the user, while an instant message and alarm function provides immediate notification of any potential problems or hazards. Occupying a minimal amount of bridge space, the ATA100 is supplied with a pilot plug and is suitable for either fl ush-panel or free-standing mounting for easy installation into almost any position or location. oceansignal.com

Newton Labs has released its new M500UW ultrahigh resolution scanner, which duplicates the high-resolution scanning of the M210UW but at depths of up to 500 m (1,640 ft) and adds to Newton’s line of subsea scanners, a press release stated. This high-resolution underwater laser scanner is specifically designed for capturing ultrahigh- resolution metrology data and can be deployed on ROV and AUV submersibles. It also can be cableserviced for depths of up to 100 m (328 ft). newtonlabs.com 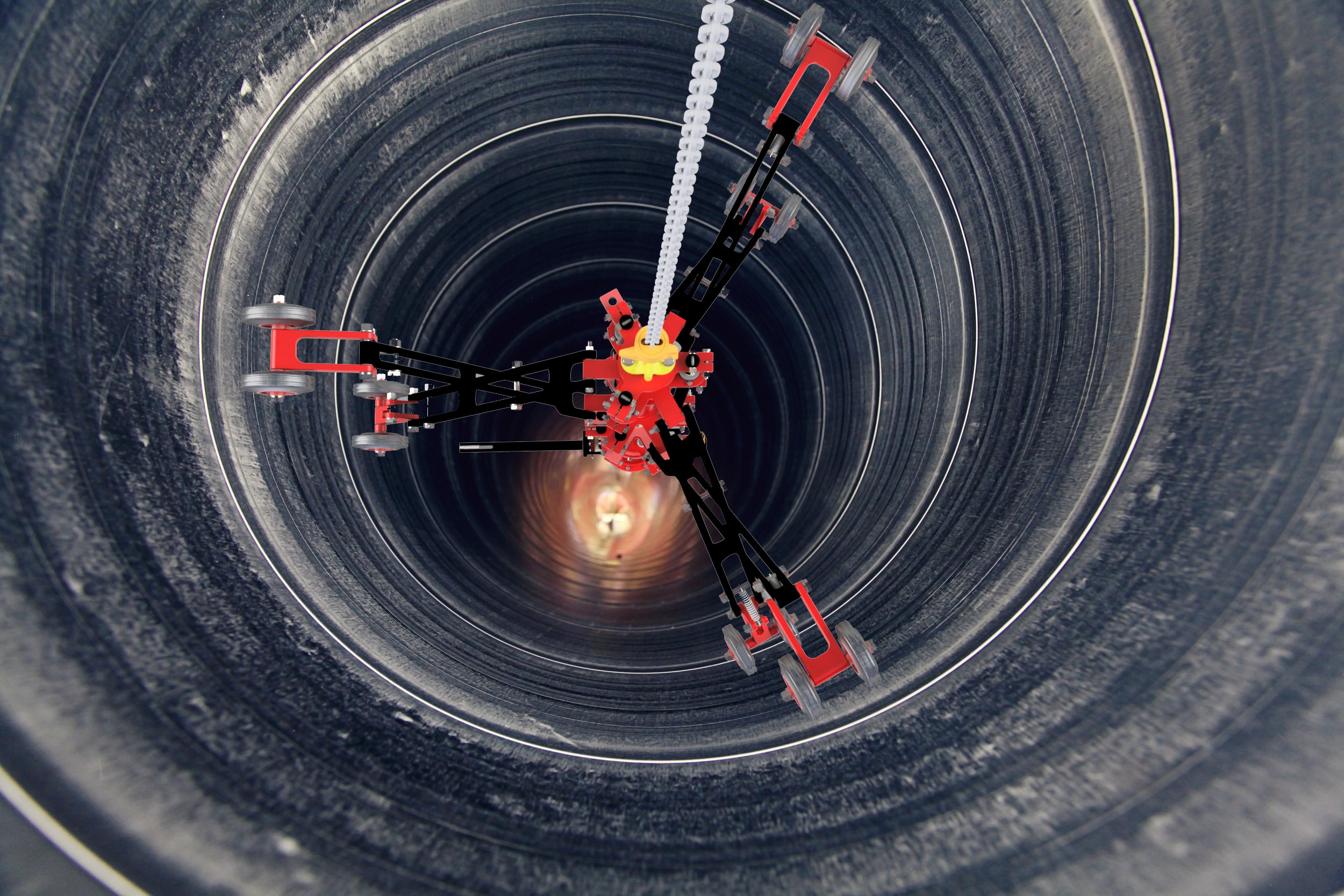 AISUS has released an improved internal gravitydeployed ultrasonic scanning tool, SIRIUS-X, for completing ultrasonic corrosion mapping within offshore caissons, risers and conductors, a press release stated. Following successful field trials, the company recently completed its first caisson inspection program for a major U.K. oil and gas operator. The projects were completed in 14 days and included internal inspection of the largest diameter caisson AISUS has delivered to date. The SIRIUS-X is controlled from the topside, allowing inspection data to be captured above, within and below a variety of obstacles and diameter variations commonly encountered within caissons without removing the tool. The tool has been developed to maximize data accuracy and minimize the duration of inspections to meet the increasing demands of the offshore industry. Featuring a high-torque rotary drive and a scanning speed of up to 5 m (16.4 ft) per hour, its small cross-sectional footprint with minimal hydrodynamic drag also allows it to perform during elevated sea states. The SIRIUS-X’s simplified and lightweight design means it can be easily configured and adapted infield where required, further limiting the duration of offshore inspections and reducing costs. It can be deployed to depths of up to 200 m (656 ft) and adjusted for a range of caisson sizes, from 14 in. to 60 in., at the touch of a button. aisus.co.uk

Katalyst Data Management has launched its seismic and well data management consulting service to support the oil and gas industry in Calgary, a press release stated. Katalyst has identified a need arising from the current market environment for reliable, professional and vetted data management services to improve a client’s data access, speed and accuracy; ensure compliance; and minimize corporate risk. The company now has the capability to deploy onsite consultants to help E&P companies manage their volumes of subsurface data acquired for oil and gas exploration. “We have noticed a trend over the past two years that actual technical abilities in the industry have declined due to rapid job reductions in the geoscience community,” said Neil Baker, vice president of North America for Katalyst. “With this in mind, we now offer these services to help fill the knowledge gap.” Katalyst’s consulting services will include project management and data loading, navigational support, metadata management, ownership, corporate governance, assistance with the divestiture process and data management best practices. katalystdm.com

APS’ InField Liner (IFL) matrix consists of a Solef polyvinylidene fluoride inner layer, a Kevlar core and a thermoplastic polyurethane outer layer and is resistant to a wide range of aggressive hydrocarbon mixtures (gas, crude and multiphase) with temperatures up to 110 C (230 F). The liner can be pulled into existing subsea pipelines over lengths of several kilometers in one single pulling operation, arresting corrosion and substantially increasing the service life of the pipeline. This technology is the world’s first fullbore internal subsea pipeline rehabilitation system, enabling a life extension of existing pipelines of more than 30 years. After a three-year technology development period from 2011- 2013, 10 subsea pipelines running from platform to platform have so far been rehabilitated using the IFL technology, reportedly saving PETRONAS more than $100 million. aps-corporate.com 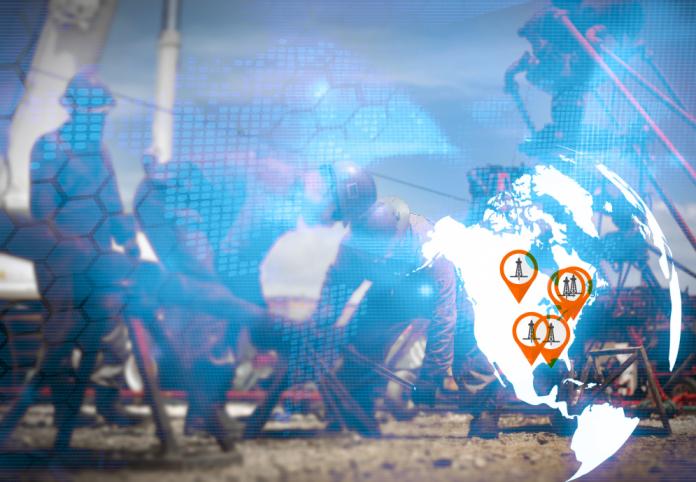