Talos Energy Inc. said Jan. 23 it had appointed Robert “Bob” Abendschein to head its operations as Stephen E. Heitzman, COO and one of the founders of the offshore focused E&P, resigns.

Abendschein brings over 35 years of experience in the energy industry to Talos, including 33 years with Anadarko Petroleum and its predecessors.

Based in Houston, Talos is currently one of the largest public independent producers in the U.S. Gulf of Mexico. The company also holds interests offshore Mexico.

“We are extremely excited to have Bob join our senior leadership team, filling big shoes as he succeeds our friend and co-founder, Steve Heitzman,” Talos CEO Timothy S. Duncan said in a statement.

Heitzman is a founder of Talos and has played a key role in growing the company’s operational scale and breadth since its inception in 2012, according to the company press release.

Prior to Talos, he had co-founded Phoenix Exploration Co. in 2006 and, before that, Gryphon Exploration in 2000. He began his career in 1973 with Amoco Production before progressing in engineering, management and executive roles both domestically and internationally.

According to Duncan, Heitzman will leave a lasting legacy on both the business and culture of Talos.

“He was a co-founder of Talos, has been a partner of mine for close to 20 years and has had an invaluable impact on our company,”  he said. “He will always be a friend of the firm, and we cannot thank him enough for helping to build an organization that started with five team members and has since grown to over 430 full-time employees in both the U.S. and Mexico.”

Heitzman will continue to provide services to Talos as a senior adviser on an as-needed basis for about six months in order to assist with the transition, the company said.

His successor, Abendschein, joins Talos as an executive vice president and its head of operations, effective Feb. 17. He most recently served as CEO of Venari Resources LLC, which ceased operations in early 2020, according to the company website.

In December, Talos unveiled a series of acquisitions with multiple private operators, including Venari, totaling $640 million. In the announcement, the company noted that its transaction with Venari had already closed.

Prior to Venari, Abendschein led Anadarko’s worldwide offshore portfolio with capital investments of about $1.2 billion per year as vice president of worldwide deepwater operations. He had also previously served in other key executive roles at the company, including as the vice president of E&P services and vice president of corporate development.

Abendschein also currently serves on the board of directors of SEACOR Marine Holdings, the National Ocean Industries Association and the Cynthia Woods Mitchell Pavilion.

In a statement commenting on the appointment, Duncan touted Abendschein’s track record of executive management in all aspects of offshore and deepwater operations.

“Bob was one of the key executives that helped build Anadarko’s large deepwater asset base, and he has the leadership and skill set to help shape our operational organization as we look toward the future,” he added.

Oceaneering International Inc. said March 25 it has been awarded a FLNG vessel maintenance build and inspection contract by Golar LNG. 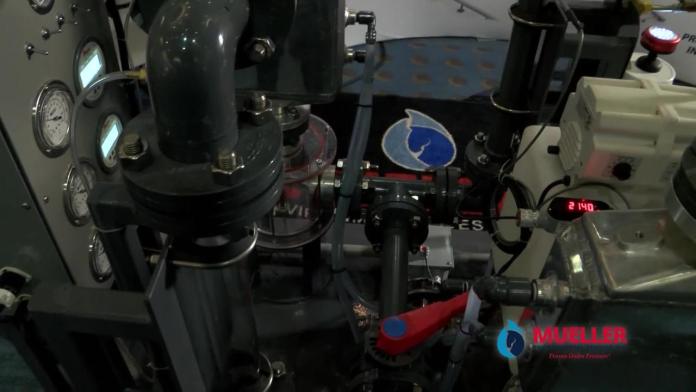 Maersk Drilling has received a notification from Tullow Ghana Ltd. on March 24 of early termination for convenience of the drilling contract for the drillship Maersk Venturer.