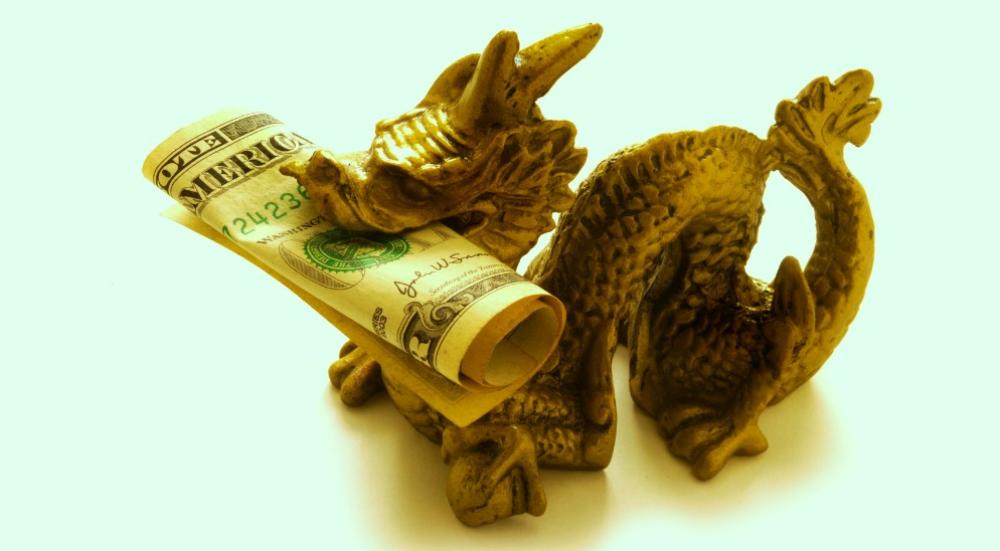 In a sign of China’s continued interest in U.S. shale, private-equity backed companies Tall City Exploration and Plymouth Petroleum have a deal to sell their Permian Basin holdings in Texas for more than $1 billion.

Ningbo, in turn, has a letter of intent to pay cash to Tall City and Plymouth for their related interests in Howard and Borden counties. The acquisition has the approval of the Committee on Foreign Investment in the U.S. (CFIUS), Yantai said in the Oct. 24 announcement.

The approval by the committee is an important hurdle, as many large scale deals have fallen for Chinese firms, largely due to national security concerns.

The transaction is expected to cost about 8.3 billion yuan (US$1.31 billion), but the final price of the transaction will be determined through negotiation and assessments, the company said.

A spokesman for Tall City, backed by Denham Capital, said the company and the private equity firm had no comment.

Arclight Capital Partners LLC, which backs Plymouth, did not immediately respond to a request for comment.

It isn’t clear how much acreage Tall City and Plymouth have agreed to sell. 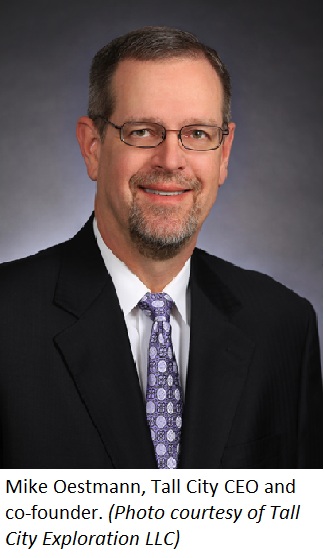 In August 2014, Tall City said it had acquired about 84,000 net acres primarily in Howard and Borden as well as Reagan County, Texas. Mike Oestmann, Tall City CEO and co-founder, said at the time the company was optimizing its assets for an exit in 2015.

At the time, WTI was trading at about $67 per barrel. Oestmann told Hart then the company was willing to take a less than ideal offer from Aubrey McClendon’s American Energy - Permian Basin LLC (AEPB) for $440 million in cash and notes.

The deal may be one of the few in 2015 in which a Chinese company has been able to acquire U.S. oil and gas acreage.

Other E&Ps have not been as fortunate.

In April, ERG Intermediate Holdings, and various subsidiaries filed for bankruptcy. In part, the company blamed the scuttling of a 2014 deal in which ERG agreed to sell its assets to China’s Goldleaf Jewelry Co. for $665 million.

The transaction was blocked because of national security concerns about the proximity of ERG’s holdings to U.S. military facilities. ERG was further weakened as its first-quarter 2015 oil production received just $38 per barrel.

Law firm Baker Botts said Chinese firms seem to be under greater scrutiny by CFIUS, especially when companies are:

Since 1990, about half of all companies faced with CFIUS investigations have withdrawn from transactions rather than face a negative determination by the committee, according to a March 2014 report by the Congressional Research Service.

In 2005, the China National Offshore Oil Co. (CNOOC) dropped a proposed $18 billion acquisition of Unocal Oil Co. partly due to concerns about an impending CFIUS investigation. The company later was able to buy Canada’s Nexen Inc. after altering the terms of its control structure of drilling leases in the U.S., Baker Botts said. 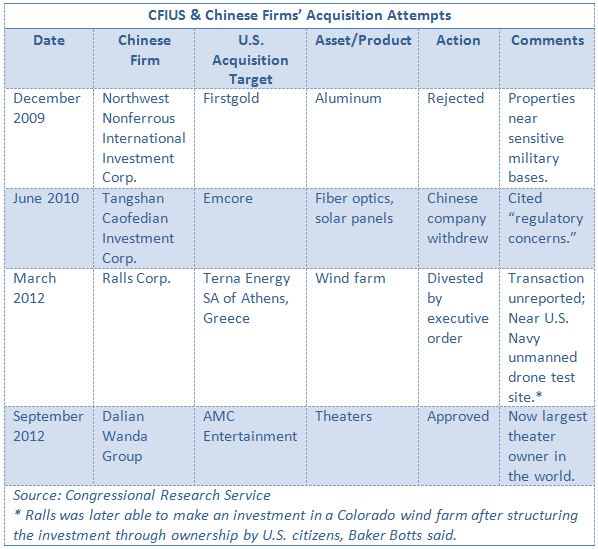