What is risk? As Leigh Buchanan and Andrew O’Connell put it in the January 2006 issue of the Harvard Business Review, “Risk is an inescapable part of every decision.” Decisions regarding waste management policy in the oil and gas industry are no exception.

Drilling waste is one of the largest waste streams generated from oil and gas E&P in the U.S., with about 200 MMbbl of solid drilling waste produced in 2014 alone. Drilling waste consists of the drilled cuttings and unrecovered drilling fluids, including water- and oil-based fluids (e.g., diesel). The risk management of drilling waste should be an important aspect of every drilling mud program. There are multiple publications that include important guidelines as well as several companies that are able to help assess and manage this risk. 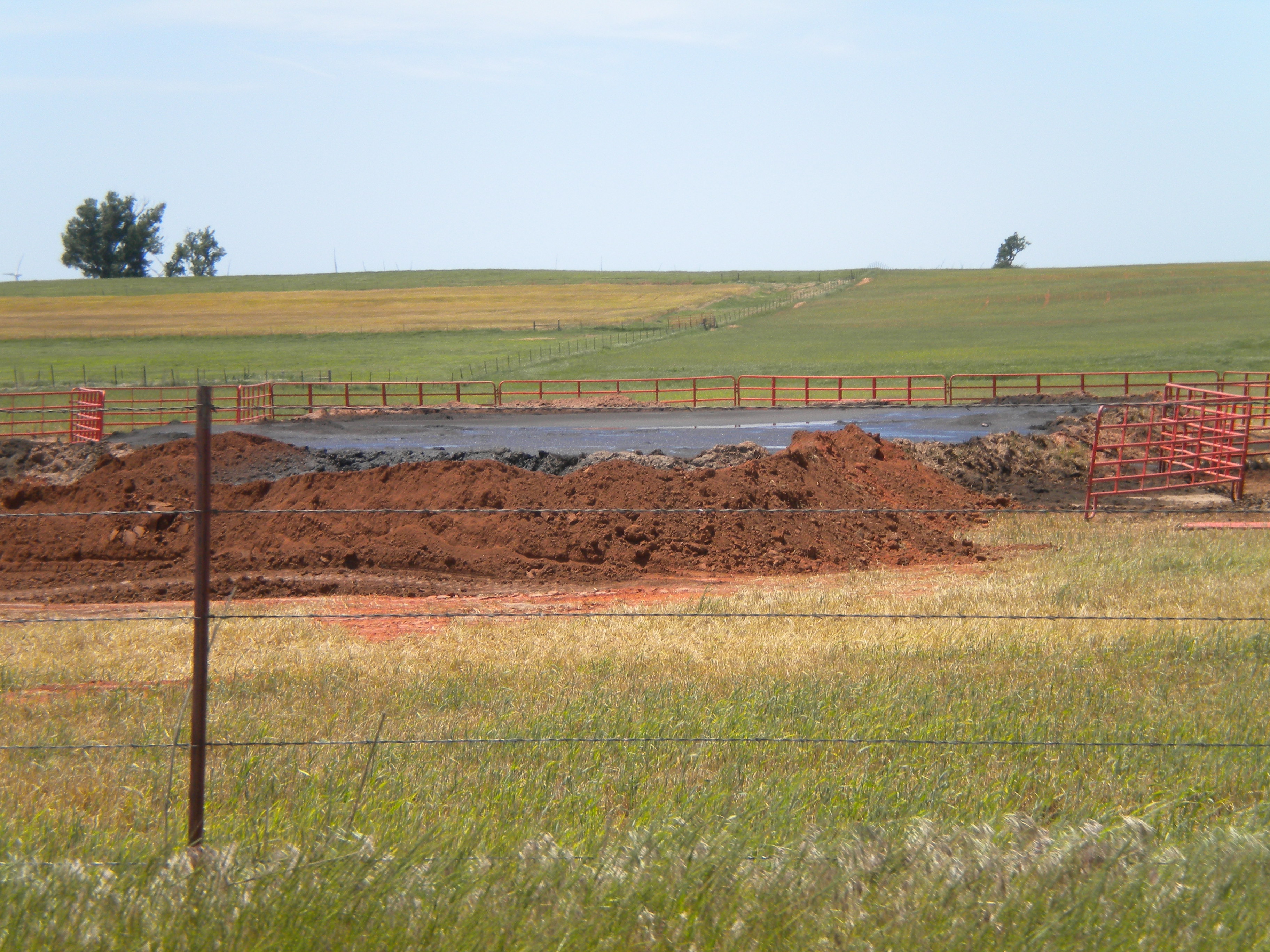 Risk is a balance of probability and liability

In a mathematical sense risk is a function of the probability of a poor or undesirable outcome and the associated costs or liability of that outcome. This is directly related to both probability and liability. One must first understand the probability and liability associated with a decision to determine risk. In accounting this liability is generally referred to as a “loss contingency” and may or may not be reported on the balance sheet, depending on the probability of a loss event occurring. For an environmental risk assessment, human health and ecological risk assessments should first be calculated. The degree of risk can then be a factor in estimating financial liability.

Taking risk into account when making decisions regarding waste management in upstream oil and gas is an important step toward sustainability and can be an integral part of a company’s environmental, social and governance reporting. The American Society for Testing and Materials (ASTM) has published multiple guides for performing risk assessments and estimating costs and liabilities. These include ASTM E2137, Standard Guide for Estimating Costs and Liabilities for Environmental Matters, and ASTM E1739, Standard Guide for Risk-based Corrective Action Applied at Petroleum Release Sites. There also are various publications from other sources, including several from the Interstate Technology and Regulatory Council. These guides can be used for such things as business decision-making, regulatory requirements, insurance premium calculation and claim settlement, compliance planning, analysis of remedial alternatives, budgeting, strategic planning, financing, and investment analysis by shareholders.

Incorporating risk assessment into a drilling mud program first involves determining what the various risks are for each disposal or remedial option and then estimating the costs and liabilities of each. Types of risk associated with drilling waste will generally include environmental risk, human health risk, ecological risk and business risk. Once each risk is evaluated, cost and liability estimates can be used to support the decision-making process.

One operator that used a similar approach in calculating risk and liability regarding its waste management policy was able to improve its waste management practices, thus reducing the company’s liability and environmental footprint while also reducing overall costs. Prior to calculating the risk and liability, the operator was using a drilling waste management technique known as landfarming or soil farming to dispose of both water-based mud and cuttings and oil-based mud and cuttings. Landfarming involves spreading drilling waste over a large area of land with the goal of diluting the inorganic constituents such as chlorides and heavy metals and naturally bioremediating the organics, generally hydrocarbons such as diesel fuel. Both the waterbased and oil-based cuttings contained an assortment of constituents with known risk and toxicity values but also contained proprietary chemicals with unknown risk and toxicity values. These unknowns increased the uncertainty of the risk assessments.

Based on chemical analyses of the water-based drilling mud and cuttings, it was determined that the controlling constituent was almost always the chloride concentration, but this did not take into account any proprietary chemicals that were added to the drilling mud. Chlorides are generally not a big concern to human health; however, much of the land where drilling waste was being applied was agricultural land, where constituents such as chlorides can have a negative impact on plant growth. Not wanting to negatively impact agricultural land, the operator was able to use this information in the decision-making process and adjust the spread rate of the water-based mud and cuttings according to the chloride concentrations from each well. This ensured that the final chloride concentration of the land did not exceed the maximum desirable concentration. Because chlorides do not degrade over time and move rather freely through the environment, the operator plans to monitor the soil quality and plant growth to determine if additional waste can be spread across the same land in the future. In certain areas the chloride concentration in the water-based mud and cuttings was so high that the amount of land necessary to apply the cuttings was more than what was determined to be acceptable. When this situation occurred, the operator opted to use alternative disposal methods such as landfilling or treatment and recycling. 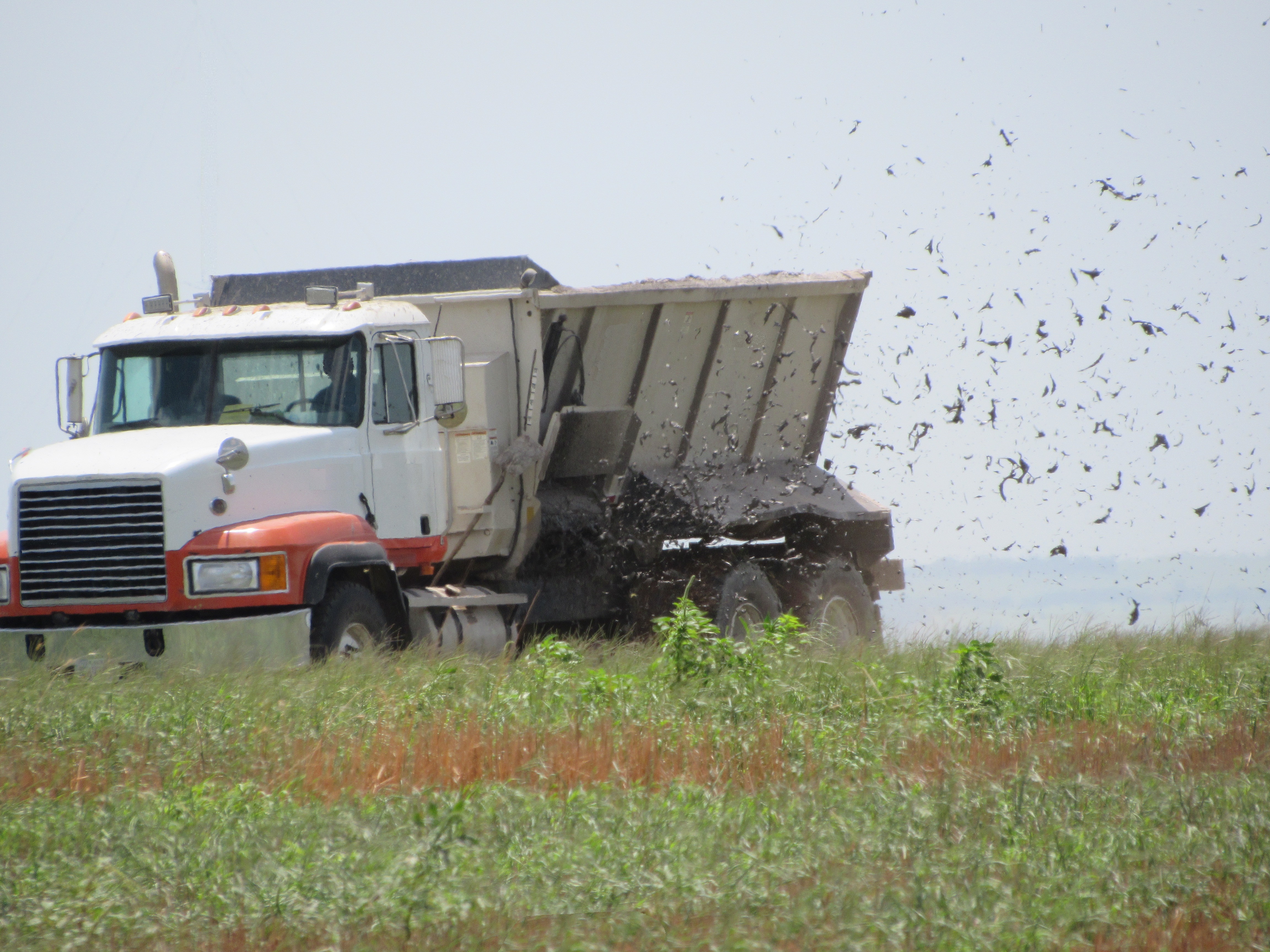 After analyzing the waste from the oil-based section of the well, it was determined that petroleum hydrocarbons (TPH) would almost always be the controlling constituent for the risk determination. Oil-based cuttings from a 3,048- m (10,000-ft) lateral can contain more than 30,000 gal of TPH, much of which falls within the diesel range. The operator determined that to adequately mitigate this risk, the spread rate for landfarming oil-based cuttings would need to be very low. When calculating the amount of land that would be required at a reduced spread rate, the operator realized that the overall environmental footprint would be increased to nearly 100 acres per well. It was ultimately determined that the best course of action in this situation was to recycle the oil-based mud and cuttings using a solidification and stabilization technology. This allowed the waste to be recycled into new drilling pads and lease roads, thereby reducing the need to purchase raw materials for construction, lowering costs and decreasing the overall environmental footprint of the well. Once the waste is properly solidified and stabilized, the constituents, including the hydrocarbons, are chemically and physically sequestered, resulting in an elimination of nearly all of the risk compared to landfarming. Liability was reduced because the treated waste remained on the operator’s lease rather than being spread on private land.

To control liability, waste management policies— including those for drilling waste—should be made using a risk-based approach. Differences in waste type, volume or chemical constituents can have a significant impact on the associated risk, but by using a formal risk-based approach to drilling-waste management, operators can have confidence that their waste management policies will reduce their exposure and minimize liability. Multiple methods and guidance exist that an organization can follow to make structured risk-based decisions about drilling waste. These decisions will fit well with a company’s sustainability goals and will prove favorable in regard to environmental, social and governance reporting.

As shown by this case study, vigilance and adherence to a proper balance of risk and liability can have a significant impact on the bottom line, a primary advantage in these days of economic challenges to the oil and gas industry. 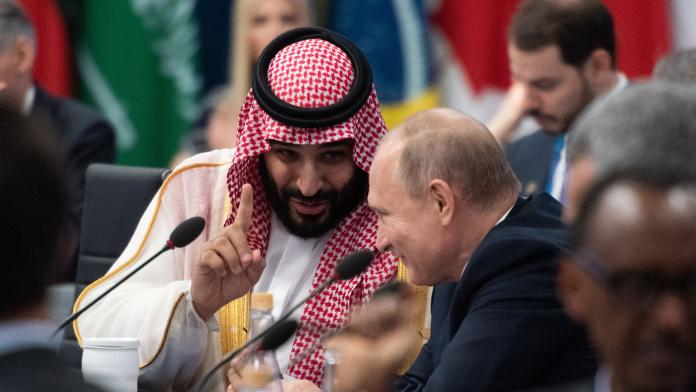 Cargoes have been canceled as the pandemic cuts into demand worldwide. 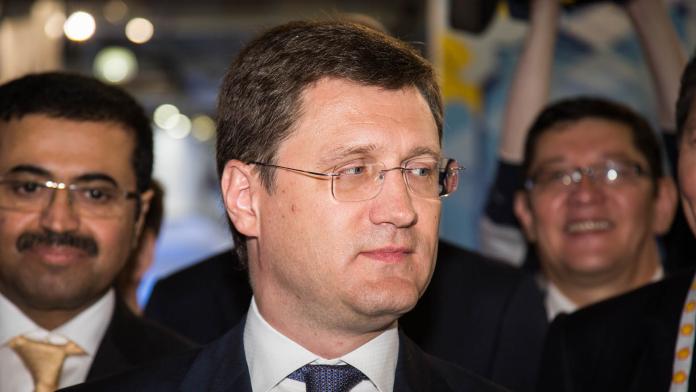 The meeting is seen as support for stabilizing oil markets.