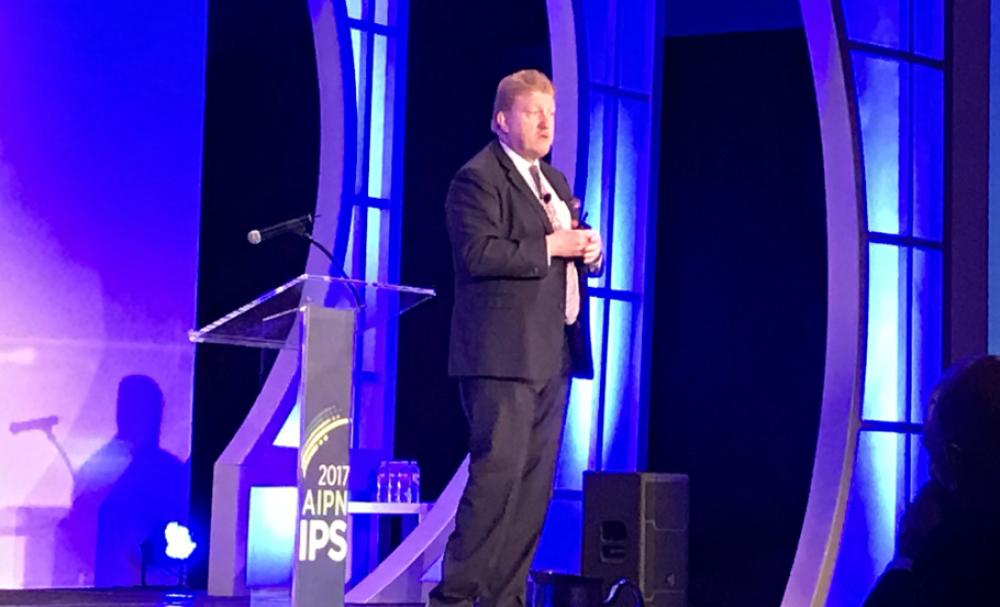 HOUSTON—As the CEO of one of the world’s largest political risk consultancies, Eurasia Group’s Robert Johnston often fields the big questions of the day, including U.S. President Donald Trump’s policies and Saudi Arabia’s aims with OPEC and Aramco.

The consensus in the market is that the oil and gas industry is moving toward rebalancing thanks in part to Saudi-led OPEC production cuts. The thinking goes that the market will be more balanced with higher commodity prices by 2018 and U.S. shale production will continue to rebound as global demand grows, he said during the Association of International Petroleum Negotiators’ 2017 International Petroleum Summit.

It’s the questions he isn’t asked that keep him occupied.

“What I don’t hear people asking is, ‘then what?’ Are the Saudis going to maintain these production cuts forever, or at some point do they have to start reversing that? I think in 2018 they will be reversing those production cuts,” Johnston said. “Will they then take the proceeds of their IPO of Aramco and start investing more in their upstream production potential, grow capacity and defend market share? Or will they continue to sacrifice their own exports in order to defend price and give market share to others?”

These questions aren’t getting much attention, according to Johnston, whose firm believes—like others—a yawning supply gap is approaching that even Saudi Arabia and U.S. shale may be unable to fill.

The New York City-based firm assumes there will be about 7 million barrels per day (MMbbl/d) of new supply by 2022. This includes about 5 MMbbl/d of U.S. shale growth, along with another 2 MMbbl/d or so from oil sands and deepwater production.

Yet by 2022, another 15 MMbbl/d of new supply could be needed as demand grows about 1 MMbbl/d per year.

That outlook signals the need for more development of deepwater resources, he said.

“We’re going to see a comeback in long-cycle investments in deep water, oil sands and the higher-cost onshore projects,” Johnston said. “But industry capital is going to be very picky about where they invest.”

He sees Eurasia Group’s clients—from Wall Street and industry alike—seeking upstream opportunities in low political risk markets, where “technology and innovation can be put to work and where there are brownfield opportunities.”

Unlike a decade ago, the future energy scene could see fewer mega-greenfield exploration plays, particularly in unstable markets, according to Johnston.

“There is not a lot you guys can do to mitigate risks of violence in the Niger Delta, a civil war in Iraq or nationalization by a rogue government somewhere,” Johnston told petroleum negotiators in the audience. “Industry wants to bet on technology, not politics,” making deepwater plays' work at $40/bbl not helpful to resolving political conflicts.

Given the supply-gap outlook, the question is why more final investment decisions aren’t being made. Johnston’s view is the focus is presently on U.S. shale, where oil production from the seven regions tracked by the U.S. Energy Information Administration could increase to 5.4 MMbbl/d in June. More growth is anticipated as technology takes production to new heights.

Then, there is investor skittishness.

“The long-cycle investor got so burned in 2014 and 2015 — with cost overruns, political risks, uneconomic projects and lower oil prices — that it’ll take a while for the industry to get confident again at the board level,” he added.

Add to this uncertainty about long-term energy demand along with decarbonization and the push toward cleaner fuels. There’s also the amount of time required to develop deepwater assets. In Mexico, for example, it could take a decade for companies that won offshore auctions in December 2016 to bring first oil to market and another 20 years to pay off the investment, he said.

Still, the future looks promising for certain countries when it comes to oil and gas investment.

“In general, we like the Western Hemisphere,” Johnston said.

Eurasia Group assessed the political risk of doing business in certain countries during a six-month period and a 24-month period and assigned each a global navigator score: the higher the score, the better. The countries given a positive long-term outlook were:

Only one country of those analyzed received a positive short-term trajectory: Brazil.

“Brazil has been through hell,” with a presidential impeachment and corruption scandal in the Petrobras supply chain, he added. “But all of that political conflict is driving industry-friendly reforms.” Eased local content requirements and the removal of mandatory operatorship by Petrobras of presalt blocks were among them.

“The political challenge in Brazil is how to meet the expectations of a rising middle class,” Johnston said, noting issues such as anti-corruption and better hospitals, transit systems and schools. The government is trying to do what it can to accommodate that by attracting investment in the resource sector and creating economic opportunities. “We think Brazil is heading in a good direction.”