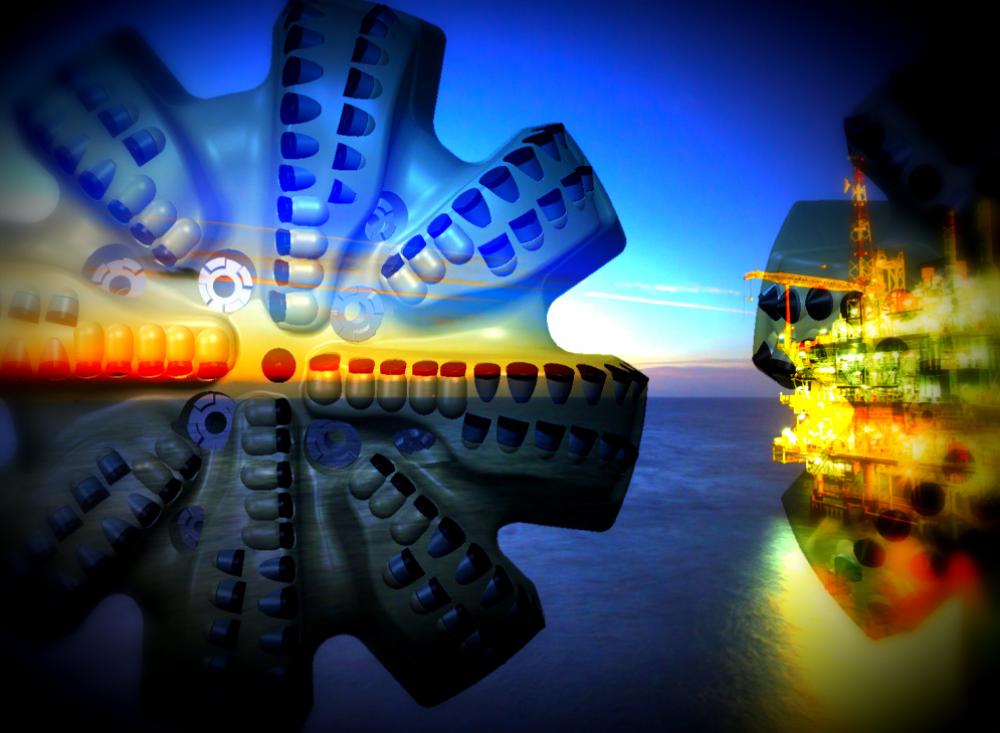 The majority of oil discoveries offshore Brazil are in the presalt formations, and drilling activity has focused primarily on economically viable ways to develop these reserves. Presalt is a geological formation consisting of heterogenous carbonates and other sedi­ments that pose innumerous drilling challenges, includ­ing hard silicate nodules and low-porosity layers, which make the formation strength extremely high.

The presalt reservoirs are drilled with various types of drill bits and drilling assemblies. Drilling in this region can produce high lateral vibrations and stick/slip levels in the drilling system leading to polycrystal­line diamond compact (PDC) cutter damage, bottom­hole assembly tool failure, well deviation and low ROP. Generally, in the reservoir intervals, opera­tors encounter undesirable dull conditions on the bit such as ring out in the outer region or core out of the innermost cutting elements. These wear-out conditions are usu­ally related to drilling dynamics, which confirm the impact-prone characteristics from the highly heterogeneous formation. A major challenge today is to reach section total depth (TD) in a single run with good overall ROP.

As part of a joint presalt drilling optimization project, Schlumberger and Petrobras developed and executed an approach to reduce drilling costs. This approach was inspired by rock typing method­ology, paired with 4D modeling and simulation to develop a fit-for-purpose drill bit design solution. These complementary workflows were applied during an exploratory campaign to develop the ultradeepwater Búzios Field located in Brazil’s Santos Basin. The system led to the develop­ment of customized drill bit designs with improved cutting structure resistance and dynamic stability, which resulted in overall improved performance when drilling the field’s presalt cluster.

Stratigraphic zonation for drilling is a novel application that uses rock typing to define the distinctive hetero­geneity and non-uniform nature of carbonates. It is designed to gain better understanding of the physics and causes behind poor drilling performances. Since optimal drilling parameters for one layer might not be appropriate for the other, a good characterization and understanding of each of these zones, their occurrence and possible thickness are critical for drilling optimization.

This approach comprises a com­prehensive workflow that facilitates integrating large amounts of mul­tiwell data acquired from drilling, logging and coring operations to derive relevant drilling informa­tion and knowledge. Stratigraphic zonation from a drilling perspective presents a road map to benchmark and understand the performances of any given drilling system through each of the zones and guides the design of new engineering solu­tions. Figure 1 shows a virtual carbonate formation that was created using the IDEAS integrated dynamic design and analysis platform to reproduce the drilling condi­tions of the presalt carbonates.

The integrated dynamic design and analysis platform created a model for application-specific bit designs to optimize drilling efficiency while aiming to drill the entire reservoir section in a single run. Two new cut­ting structures were developed to tackle the various carbonate complexity within the field. Figure 2 shows two fit-for-purpose drill bits featuring the Stinger con­ical diamond cutting element that were proposed to enhance performance and durability.

The conical-shaped cutter incorporated in the new bit design is a cutting element that combines 3D geom­etry with superior impact strength and wear resistance, enabling increased ROP and footage in hard-to-drill formations. It has twice the diamond thickness of conven­tional PDC cutters and is manufactured from synthetic dia­mond material engineered to provide superior resistance to abrasive wear and impact loading. The conical shape places a highly concentrated point load on the formation, enabling the cutter to fracture high-compressive-strength rocks more efficiently while generating less torque and vibrations compared with a conventional PDC cutter.

These new bits were designed to improve footage and ROP while maintaining directional control and mini­mizing shock and vibration levels in challenging drilling applications that can cause impact damage to conven­tional bits. Depending on the offset wells, bit selections were made to provide the optimal cutting structure for each well in the drilling campaign. Several prejob simulations compared the benchmark bit to the newly designed bits. The simulations with the new drill bit designs showed a 40% reduction in shocks and vibra­tions and a 57% improvement in ROP.

Drilling optimization in the Búzios Field was success­fully achieved by using the combination of stratigraphic zonation for drilling and model-based approach for customized drill bit designs. There were eight runs using the proposed drill bits. Except for the first run, where the existence of Drill Zone C was unknown, the 12¼-inch reservoir sections of all wells were drilled in a single run. On the last attempt, the bit run achieved an average ROP of about 27 ft/hr—197% higher than the offset average—and reached interval TD after drilling about 1,716 ft in a single run. As a result of the perfor­mance improvement, this bit run set a new performance benchmark with regard to cost per foot for the 12¼-inch section in presalt fields offshore the Santos Basin.

Furthermore, while optimizing bit designs and drill­ing performance were initially motivated to tackle the challenging presalt carbonates in Brazil, an applica­tion-specific bit design is applicable to any drilling sce­nario and can be applied to different fields and geo­graphical locations using the presented workflows.

2022-04-26 - Fund managers remain moderately bullish about the outlook for prices but extreme volatility has made it risky and expensive to maintain existing positions or initiate new ones. 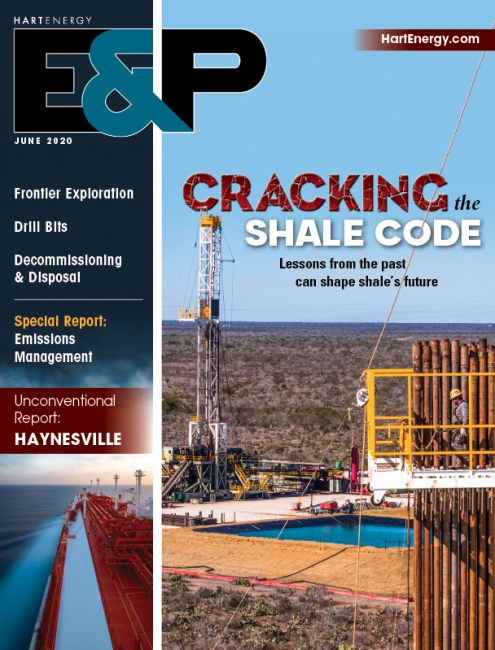