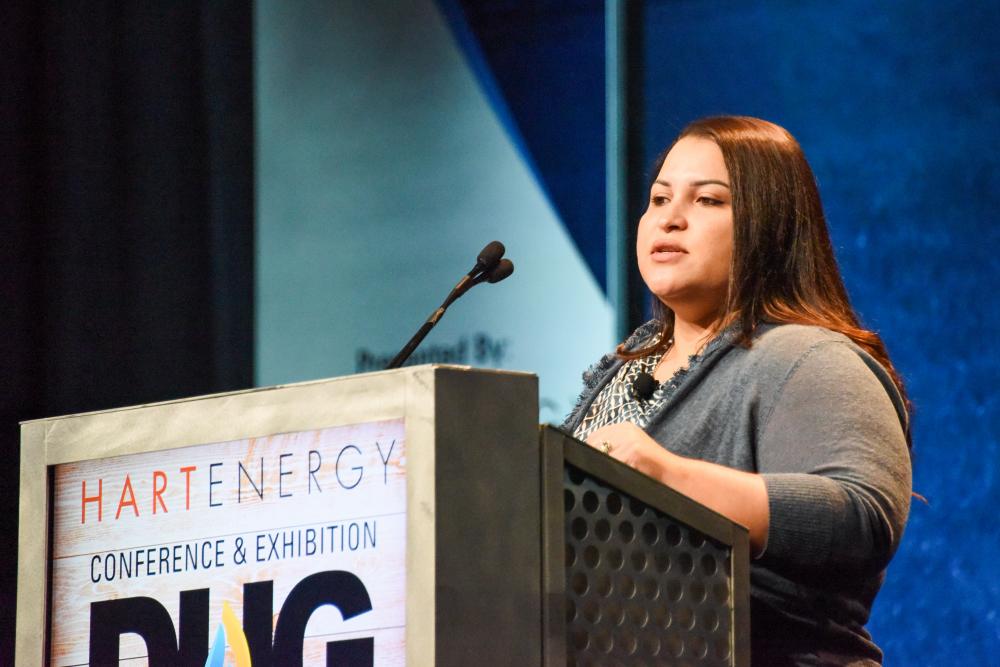 SAN ANTONIO—The Eagle Ford may be one of the most mature of all U.S. shale plays, but it’s turning out to be one of the most resilient, too. Increased drilling permits to the Austin Chalk in the eastern portion of the play are keeping it relevant.

”We refer to the Eagle Ford as the ‘dark horse,’ because it remains one of the most economic basins in the country, and we are getting the most questions about it and the Austin Chalk,” said Enverus analyst Bernadette Johnson, speaking at Hart Energy’s DUG Eagle Ford conference and exhibition, recently.

“In general, downspacing has been successful here, and more so than in any other play,” she said.

The Eagle Ford rig count has been relatively steady compared to other plays through the industry’s frequent commodity price upheavals. Drilling times also continue to improve, and are now nearing 1,400 feet per day per rig.

More than 27,000 wells have been drilled in the play since PetroHawk Energy Corp. unveiled it in 2008. Today, Enverus breaks the huge play into the western half and eastern half, with differing characteristics.

The western portion is heavily drilled. More than 80% of the wells being drilled today in the western Eagle Ford are child wells, which indicates just how mature the play is, Johnson said. She cited a lack of core locations remaining in the east, especially in Karnes County, “although this is not concerning to us. This is a natural development for such a mature play.”

However, interest seems to be shifting back to the east now, as the Austin Chalk play in Washington County, Texas, heats up, based on new drilling permits. There is interest north of the Karnes Trough also, in Wilson County, Texas.

“We’re watching it closely, and it’s very liquids-rich,” she said. “Although the eastern Eagle Ford type curves are lower, the economics are actually better. The eastern part is not as mature.”

In the southwest portion of the play the economics are driven largely by gas prices, with Enverus estimating operators need a breakeven price of at least $2 per thousand cubic feet. The average oil cut in the western portion is 61%, but clocks in at 82% in the eastern. Perforation intervals in the east have lengthened since 2014 to average 8,500 ft, which is longer than in the west.

Productivity in the east was first unlocked by Chesapeake Energy Corp.; this acreage has been managed by WildHorse Energy Corp. since 2016.

The eastern portion has shown more well productivity improvement per foot drilled since 2018 while the heavily drilled west has been consistent, Johnson said. “Again, the geology really matters. It depends on where you are for what you’re able to do in terms of spacing and proppant.”