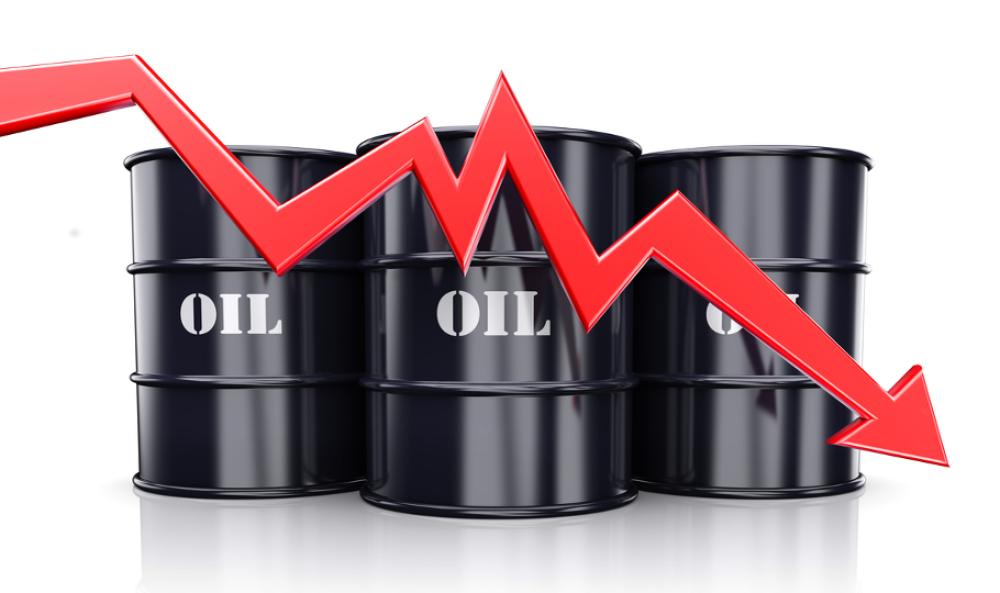 Abysmal WTI prices continue to hurt oil producers in the U.S., and that in turn is having a profound effect on state budgets.

In December, North Dakota forecasted that oil and gas revenues would be about $8 billion for 2015-2017. After the freefall in prices continued into January, revenues were revised down by $4 billion. On March 18, the North Dakota Office of Management and Budget (OMB) again revised its revenue forecast down by another $1 billion.

Pam Sharp, director of the OMB, said that by statute, only $300 million in oil and gas taxes go to the general fund.

But the state will see an impact on sales and income taxes, she said. Political subdivisions, primarily counties, cities and schools, will see less money. Currently, the state’s production tax is divided so that the state receives 75% and local governments 25%.

“The legislature is working on changing the split to get more money” to local governments, Sharp said.

North Dakota's production tax revenues decreased to $254 million in January from $323 million in August, a 21% drop, the EIA said. Monthly production dipped by about 3% in January.

North Dakota is also plagued by differentials that are, by state calculations, a 15% discount to WTI.

Oil taxes in North Dakota are adjusted if certain triggers are hit based on WTI prices. The state’s 6.5% extraction tax is reduced after five months of prices at depressed levels. If conditions persist for 11 months, the rate falls to 1% or less.

Texas, like North Dakota, has enjoyed the larder opened up by a rejuvenated oil industry.

As the largest oil-producing state, it raked in oil-production tax revenues from 2010-14 of about $11.4 billion and more in natural-gas production tax.

Compared with other boom and bust periods the 40% growth during that stretch was the best growth period since 1972, according to state records. 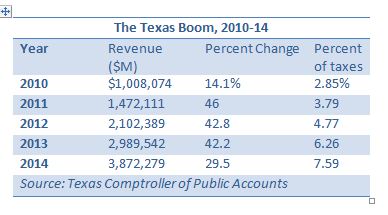 In February, tax revenues were down 41% from February 2014, a $130 million drop in monthly collections.

Alaska is perhaps most vulnerable to oil prices. The state, which changed its tax code in 2013 to attract more operators, relies on production tax revenue for 90% of its operating budget. More than one-third of Alaska’s jobs are tied to the oil and gas industry.

Oil and natural gas production tax represents one of the four primary components of petroleum revenue for the state, with the others being corporate income taxes, property taxes and royalties collected by the Alaska Permanent Fund Corporation.

In February, the Permanent Fund reported it regained 3.2% in its fiscal year 2015 second quarter, largely due to a rally in U.S. stock prices. The Fund was valued at $52.8 billion as of Dec. 31.

In Oklahoma, smaller collections were also seen. In January, Oklahoma tax revenues declined to $43 million, a drop of about 30% from the $62 million from oil and natural gas production taxes in August, EIA said. Oklahoma's production has been relatively flat during that time period.

While California produces more oil than both Alaska and Oklahoma, its economy is much larger, making it relatively less affected by changes in oil and natural gas prices and production, the EIA said.

Here’s a snapshot of recent energy deals including the $480 million sale of Goodrich Petroleum to private equity-backed Paloma Resources.