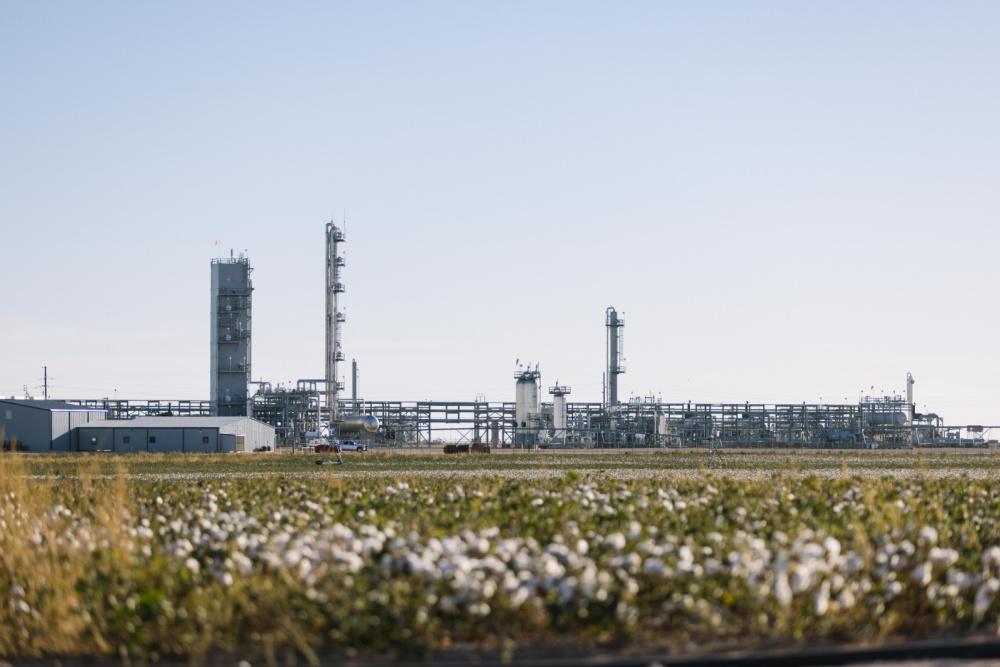 Stakeholder Midstream’s Campo Viejo Gas Gathering System is a gas gathering, treating and processing system, which was commissioned in late 2018 and is located primarily in Yoakum and Gaines counties in Texas and Lea County, New Mexico. (Source: Stakeholder Midstream LLC)

Stakeholder Midstream LLC plans to build a second treating and processing train that will double the gas treating capacity in the Horizontal San Andres play.

Earlier this month, Stakeholder announced a final investment decision (FID) on the installation of a second treating and processing train (Train II) at its Campo Viejo facility in the Northwest Shelf of the Permian Basin.

Stakeholder’s Campo Viejo Train II will support the continued development of the Horizontal San Andres in Yoakum County, Texas, Lea County, New Mexico, and other surrounding counties. Its installation will double the current inlet gas capacity to approximately 160 MMcf/d from 80 MMcf/d, according to a company release on Nov. 1.

“Train II was necessitated by the strong results and continued development of the Horizontal San Andres,” Stakeholder said in the release.

Producers began to breathe new life into the San Andres play—one of the oldest and most prolific formations in the U.S.—through horizontal drilling and modern completion techniques in 2014 and 2015, Stakeholder noted in its release.

Stakeholder said it originally partnered with its producer customers in 2017 as a result of the increased oil and gas volumes in the San Andres by implementing a crude oil gathering system. The new system reduced truck traffic by providing “a safer and environmentally conscious solution to transport crude oil to market,” the company release said.

In 2019, Stakeholder further collaborated with its producer customers to commission the original natural gas treating and processing train at its Campo Viejo facility in order to mitigate growing methane and carbon emissions in the region.

“Our priority is to be good stewards of the resources and opportunities that we manage by delivering our produced gas to downstream markets. We are excited about our continued partnership with Stakeholder and the additional capacity and redundancy that will be afforded by Train II,” commented Lance Taylor, CEO of Steward Energy, a producer partner of Stakeholder, in the release.

Steward Energy is a private E&P company with more than 100,000 acres in the Permian Basin in Texas and New Mexico. The company is headquartered in Frisco, Texas.

“We continue to deliver improved well results across the Horizontal San Andres that leads to this further partnership between Steward and Stakeholder,” Taylor added.

Stakeholder also expects the capturing and sequestering of additional volumes of CO₂ Pozo Acido well, which recently received landmark approval from the EPA, as a result of Campo Viejo Train II.

“The thing that has been the most rewarding is working with like-minded producers who are focused on the environment and continue to drive ever improving well results,” Stakeholder Co-CEO Gaylon Gray added in the release. “We are excited to be able to expand our system capabilities to better meet their needs and to further our efforts towards reducing our carbon intensity.”

In anticipation of reaching FID on the Campo Viejo Train II, Stakeholder said on Nov. 1 it began ordering long-lead equipment items in late summer 2022. The company plans to commission Train II by January 2024.