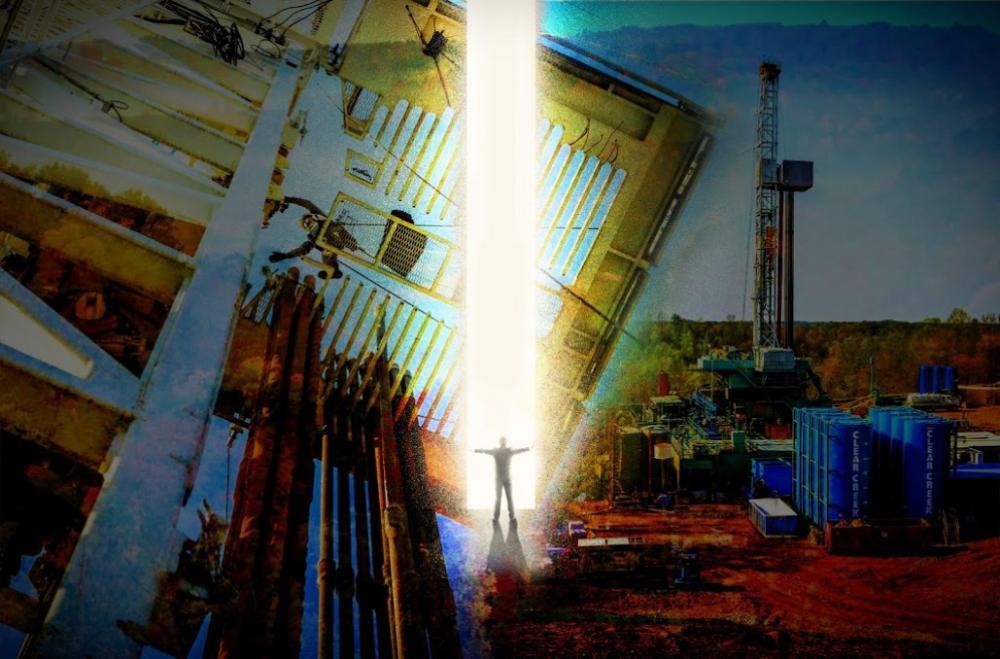 For Southwestern Energy Co. CEO Bill Way, moving into the Haynesville Shale with the $2.7 billion acquisition of privately held Indigo Natural Resources LLC was a “logical move,” given the Appalachian Basin player’s natural gas focus and strategic opportunities ahead.

Looking at the strengths of the two companies, free cash flow generation, balance sheet power emerging from two premier gas basins plus large-scale inventory with an attractive valuation, “it made logical sense that we pursued it,” Way told analysts June 2 following news of the acquisition.

The transaction, expected to close in fourth-quarter 2021 subject to customary closing conditions, adds more than 1,000 dry gas locations across stacked pay Haynesville and Bossier intervals. With direct access to the Gulf Coast LNG corridor, the company hopes to seize opportunities brought by rising natural gas prices as some of the world’s biggest energy consumers look to use more natural gas instead of coal.

The deal adds to a flurry of consolidation activity seen across U.S. shale plays in recent months as companies develop core positions, eyeing scalability for quality assets enhanced by improved technologies and techniques.

“The industry is overall bullish on the outlook for gas, and Haynesville provides one of the two major sources of low-cost supply along with the Appalachian Basin,” Dittmar said.

As of March 2021, and adjusted for the recent sale of its non-core Cotton Valley assets, Indigo had $631 million of net debt and a leverage ratio of 1.1 times.

“As a result of this transaction, we expect to see immediate accretion to key financial metrics, including improvement in corporate returns and per share metrics, an increase to free cash flow, the accelerated delivery of our deleveraging goal and further strengthening of the balance sheet,” Way said. “The high-return dry gas inventory complements the company’s existing gas inventory in Appalachia, and the expansion into Haynesville will allow us to further demonstrate our core competency in developing another large-scale operated natural gas asset while realizing improved basis differentials associated with the close proximity to the high value Gulf Coast LNG corridor.”

Southwestern had 2020 gas production of about 694 billion cubic feet across Pennsylvania, West Virginia and Ohio, and was the country's third-largest gas producer, according to Enverus data.

With about 275,000 net effective acres, Indigo is the third-largest private natural gas producer in the U.S., producing 1 billion cubic feet of gas per day (Bcf/d) net from Louisiana’s Haynesville. That’s expected to rise to about 1.1 Bcf/d upon closing.

The combined business in 2022 is projected to generate $2 billion of EBITDA from more than 4 Bcfe/day of net production, about 85% natural gas.

On the acquired acreage, the company expects to run a four-rig program in 2022, placing 30 to 40 wells to sales. With a maintenance capital program, the company projects 14 years of economic inventory at current strip prices across its assets in Appalachia and Haynesville.

“The low-cost structure and sales to premium markets on the Gulf Coast are expected to expand margins by 15 cents per Mcf equivalent. With a maintenance capital program and a reinvestment rate of 75%,” added Way, “we are expecting to nearly double our 2022 free cash flow estimate to approximately $470 million, and the leverage is expected to improve to 1.7x on a pro forma basis. This is based on $2.75 NYMEX gas price, and strip pricing has continued to strengthen from that level recently.”

Southwestern plans to bring its solid operational execution and efficiencies to the Haynesville.

“It’s the deepest part of the Haynesville and the Bossier. It’s the highest pressure, it’s where it’s stacked and that’s where they’ve been focused as of late,” Carrell told analysts. “The inventory is very high quality.”

The acquisition adds about 9 Tcf of resource potential across the Haynesville and Bossier intervals, Southwestern said.

However, because drilling depths are greater in the Haynesville, well costs are expected to be higher compared to the Marcellus. Some lateral lengths on Indigo’s acreage are between 9,000 and 10,000 ft, Carrell said, but on average they are closer to between 7,500 and 8,000 ft. There are typically five wells per section in each interval.

“No communication [has] been observed between the Haynesville and the Bossier [intervals], so that’s really nice about the dual interval opportunity here,” Carrell said.

Way added Southwestern will be looking at drilling opportunities across the entire portfolio, searching for the best economic returns. He noted, “it’s not just gas; it’s condensate and NGL.”

Southwestern in August bought Montage Resources for about $865 million to expand its footprint in the Appalachia, the biggest shale gas basin in the United States.

The company expects general and administrative cost savings of about $20 million from its Indigo deal, along with further operational and financial savings.