The topic of reservoir management has historically been divided into multiple areas: seismic interpretation, well interpretation, static modeling and dynamic modeling (or reservoir simulation). There are reasons for this: one is that different computer programs are used for each area and another is that they are performed by different disciplines. Geoscientists interpret and construct static models, and reservoir engineers characterize fluids and drive dynamic models.

In some less enlightened organizations, an “over-the-wall” mentality still exists at the boundary between the static and dynamic worlds. Once a geoscientist completes a static model, they never see it used. On the other side, the reservoir engineer does not see the static model on which their dynamic model is built until the geoscientist is finished. Sometimes a geomodeler is in a different department or even a different country from those performing the interpretation, and a similar communication problem exists. These examples are extreme but are indicative of the processes in some organizations.

There are multiple reasons for over-the-wall sickness. The reasons can be related to training, organizational design, office politics, personalities, etc. Until recently, the industry did not have a good solution to the problem that separate computer programs were required on the static and dynamic sides. Rock Flow Dynamics has removed this barrier with its tNavigator software, which combines static and dynamic modeling in a single program launched by a single executable file.

Underlying the tNavigator functional modules is a framework to capture, record and replay workflows. This, in turn, can connect to the optimization and uncertainty modeling engine (named AHM—Assisted History Matching) to deliver powerful solutions that cover the entire reservoir management domain.

Unlike some legacy programs, tNavigator was written using modern computing architecture with an ambition to be fast and scalable. This means that performance enablers such as parallelization are intrinsic in tNavigator. Parallel code is harder to write, but it delivers massive performance benefits.

GPU and adaptability
The modern computing architecture on which tNavigator is built has allowed it to adapt to new technologies quickly. A good example of this is the use of the GPU for processing more than just graphics. The use of modern GPUs can significantly speed up some reservoir simulations, particularly those simulations that spend proportionately a lot of time in the linear or nonlinear solvers. But the GPU is not the answer to all problems; modeling of aquifers, some well and surface network controls often can be better processed on the CPU. tNavigator allows the user to select the types of tasks sent to the GPU. Geoscientists are not left out from benefitting from GPU processing. Computationally expensive geostatistical algorithms also can be sent to the GPU. Initial tests indicate a speedup of more than four times in processing these calculations. This can make a difference in same-day versus next-day results for some complex stochastic geostatistical simulation runs.

Another beneficial result from developing on modern computing architecture is the ability to work on the computing hardware that clients have available—from laptop to workstation to cluster to the cloud, Windows or Linux, with or without GPU, for conventionals or unconventionals.

3-D grids
Additionally, tNavigator helps minimize the barrier of constructing a 3-D grid. Many geological uncertainty studies focus on facies and petrophysical modeling. There is little doubt that these are important parts of the workflow with significant uncertainty. But facies and petrophysical modeling have the advantage that they don’t require the rebuilding of a 3-D grid for every realization.

Dealing with interpretation uncertainties upstream of 3-D grid building is a more complex process, as it does require the rebuilding of a 3-D grid. Some of these uncertainties can be very significant. They include seismic interpretation, depth conversion and well correlation. The tNavigator software has features that make 3-D grid building less of a problem and more feasible as part of a workflow. First is the availability of an unstructured gridding format for dealing with complex structures. Second is the speed and scalability of the tNavigator infrastructure to process the geometric calculations required. Then the result is a robust grid that is calculated rapidly.

Machine learning and analytics
tNavigator is a full-geoscience and full-physics approach to reservoir management. It includes a comprehensive environment for processing and analysis of static and dynamic models that allow multiple views of the data and results.

It also benefits from some of the advances in the worlds of artificial intelligence, machine learning, Big Data and analytics. Rock Flow Dynamics incorporates these methodologies where they deliver reliable results and speed up turnaround times. Examples include the traditional use of genetic-type algorithms and neural networks for history matching.

Summary
tNavigator is a single comprehensive environment for interpretation, static and dynamic modeling. Workflows can be cross-domain. tNavigator’s modern computing architecture means improved speed and scalability. GPUs can benefit both engineers and geoscientists. The software adapts to solve specific problems in a user’s environment using their language. The barrier of 3-D gridding is minimized. It is easy to convert projects and get started. The software also incorporates machine learning paradigms. 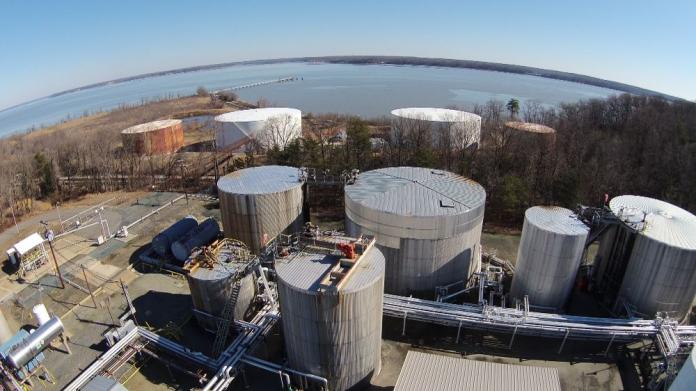