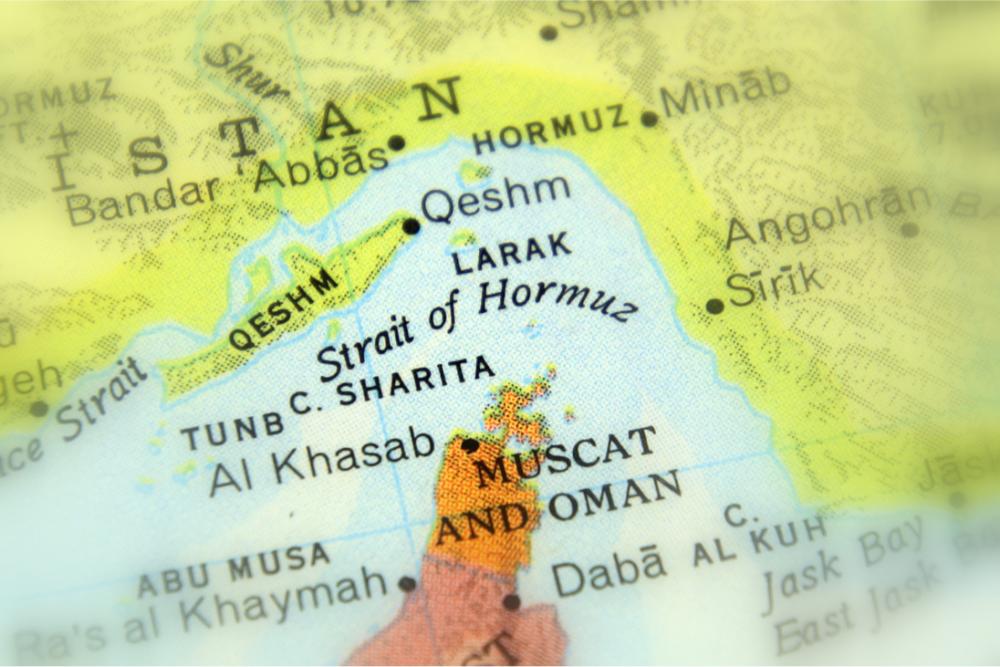 The global shipping industry is grappling with how best to police the Strait of Hormuz as it braces for the threat of further disruptions to tankers passing through one of the world’s most important oil trading waterways.

Shipping operators’ concerns were heightened after Iran seized a British-flagged tanker in the area on Friday. A third of the world’s seaborne oil—almost 17 MMBbl/d—passes through the strait, which narrows to just 21 miles and has long been a strategic chokepoint in the oil-rich Gulf.

The seizure of the Stena Impero, which was bound for Saudi Arabia, underlined the vulnerability of vessels passing through the region and how the oil and gas shipping industry is being drawn into the stand-off between the West and Iran.

The U.S. Energy Information Administration estimates that three-quarters of the crude oil and condensate going through the Strait in 2018 was bound for Asia, principally China, India, Japan, South Korea and Singapore.

One shipping executive said tankers had become “pawns” in a diplomatic dispute as tensions had mounted.

Iranian forces had attempted to impede the passage of another British tanker, the British Heritage, the week before and the U.S. and U.K. have blamed Tehran for sabotage attacks on six vessels off the coast of the United Arab Emirates in May and June.

The seizure of the Stena Impero was in retaliation for the U.K.’s decision to apprehend an Iranian tanker off the coast of Gibraltar for allegedly smuggling oil to Syria in violation of EU sanctions. But Iranian officials have repeatedly threatened to disrupt the flow of oil and petrochemicals through the Gulf since the U.S. withdrew from the 2015 nuclear deal Iran signed with world powers. The U.S. imposition of crippling sanctions on the Islamic Republic have stymied its ability to export crude.

While the Stena Impero chemicals tanker had a U.K. flag, its owner was Swedish, its crew was multinational and its business was international, said Bob Sanguinetti, CEO of the U.K. Chamber of Shipping. “This is not a U.K.-specific issue.”

Some in the shipping industry are calling for military intervention to protect merchant ships while others fear the move could backfire, worsening Iran’s already fractious relationship with the west.

The diverging views are indicative of the challenge governments face in trying to protect commercial ships without being seen to be acting provocatively.

While finding a diplomatic solution had to be the priority, greater security in the Gulf was also necessary, Sanguinetti said. He called for an international military coalition to allow the safe passage of commercial vessels. “If its mandate was to provide security and stability, it would be a good thing,” said Sanguinetti.

“We need an Interpol for the seas,” said Karatzas. “There is an urgent need for international-scale security, for the Strait of Hormuz and other strategic shipping chokepoints worldwide. How do you protect merchant vessels from a sovereign state?”

“Hopefully logic will prevail, but it is not inconceivable that this situation could escalate,” he added.

Brent crude, the international benchmark, climbed 2.1% to $63.23/bbl on July 19 after the Stena Impero was seized.

A London-based oil-trader said overall crude prices had been relatively stable because the markets did not believe Iran and the west were on a path to war.

“As for physical supplies, it’s extremely small levels for now that have been on these affected tankers,” the trader said. “But everyone is watching closely. Right now sanctions against Iran’s oil industry are hitting supplies more than these threats to the vessels themselves through this tit-for-tat action.”

Hours after the seizure of the vessel on July 19, the U.S. announced the formation of “Operation Sentinel,” a multinational maritime effort “to increase surveillance of and security in key waterways in the Middle East to ensure freedom of navigation.”

U.S. Central Command said it aimed to ensure safe passage and de-escalate tensions in the Gulf, the Strait of Hormuz, the Gulf of Oman and the Bab el-Mandeb Strait off Yemen. In May, Washington deployed an aircraft carrier strike group to the region and the U.S. Navy’s Fifth Fleet has long been based in Bahrain.

The U.K. has few naval assets to protect its shipping interests. The HMS Montrose, a frigate that intervened when Iranian forces sought to disrupt the British Heritage’s passage, is the only large U.K. warship in the Gulf, although the Royal Navy also operates four minesweepers in the area. A second British warship, the destroyer HMS Duncan, is on its way to the region.

The U.K. government has advised British ships to stay out of the Strait of Hormuz “for an interim period.”

Richard Meade at Lloyd’s List, the shipping journal, said that although the shipping industry wanted the promise of security from the U.K. government, “it’s not the easiest stretch of water to police.”

“You can’t just shut down the strait,” he added. “It’s already a concentrated waterway and military escorts would only exacerbate the situation, given the heightened geopolitics.”

“Shipping and insurance costs have already been on the rise and the latest event will only add to that,” she said. “Asian refiners, in particular, will be even keener now to search for alternative oil supplies and ship owners will look for alternative routes where possible, further adding to costs.”

Insurance premiums have risen eight to 10 times in the past eight weeks, according to Jonathan Moss, head of transport and marine at law firm DWF. War-risk cover would continue to rise in the coming weeks, Moss said, amid “a cocktail of instability.”

Up to 30 U.K.-flagged vessels operate in the Gulf each day, of which five transit through the Strait of Hormuz.

U.K.-flagged tankers have already been dealt a blow from uncertainty over Britain’s departure from the EU, with some owners transferring vessels under U.K. flags to other countries.

One shipbroker said charterers were assessing more carefully the risk of using a U.K. vessel. “Why would you hire a U.K. tanker when others are less of a target?”