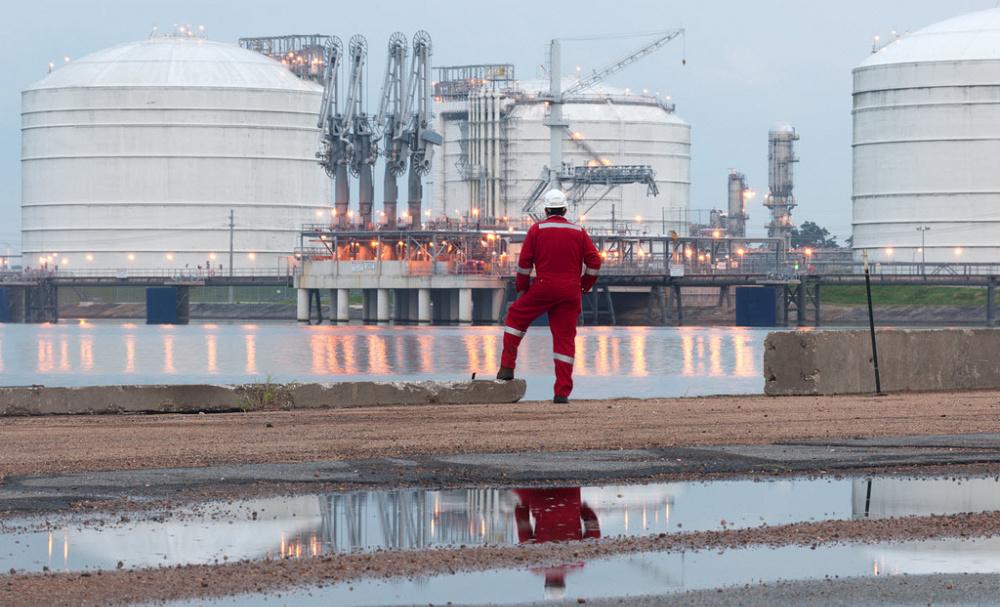 The Shell SPA anticipates first LNG deliveries under the contract as early as 2026. The SPA will become fully effective upon the satisfaction of the conditions precedent, including Energy Transfer LNG taking a FID. (Source: BG Group / Hart Energy library)

Shell Plc signed a LNG supply deal with Energy Transfer LP for its Lake Charles project on Aug. 24, marking Shell’s return to the proposed facility to be located in Lake Charles, Louisiana.

“We believe that Lake Charles is the most competitive LNG project on the Gulf Coast. And we are particularly pleased that one of the most prominent LNG industry participants has selected Lake Charles LNG as a supplier,” commented Tom Mason, president of Energy Transfer LNG Export LLC, a subsidiary of the Dallas-based company.

Energy Transfer took over development of the Lake Charles LNG export project in March 2020 following Shell’s announcement that it has decided not to proceed with an equity investment in the project. At the time, Shell advised Energy Transfer that its decision was made in light of current market conditions.

The company plans to convert the existing Lake Charles LNG import and regasification facility into a LNG export facility. It is the only brownfield project among those in the pre-financial investment decision (FID) process, which it is expected to reach by the end of 2022, according to the company website.

“We have had a long-standing relationship with Shell and its predecessor BG Group, as a customer of our regasification facility at Lake Charles,” Mason added. “It is great to have Shell re-engaged in the project as a LNG offtake customer. This SPA demonstrates their belief in the project and their commitment to continuing to deliver much-needed supplies of natural gas to markets around the world.”

Energy Transfer agreed to supply Shell with 2.1 million tonnes of LNG per year (mtpa) for 20 years from its Lake Charles LNG project through a sale and purchase agreement (SPA) between Energy Transfer LNG and Shell NA LNG LLC.

“We are very happy to be working once again with Energy Transfer and adding Lake Charles volumes to our global LNG supply portfolio,” “This agreement will enable us to further meet the increasing demand for LNG and positions Shell as a leading buyer of LNG from the U.S.—which in 2021 became the world’s biggest LNG supplier.”

The Shell SPA anticipates first LNG deliveries under the contract as early as 2026. The SPA will become fully effective upon the satisfaction of the conditions precedent, including Energy Transfer LNG taking a FID.

At the lower end of the targeted range, Energy Transfer would need just two additional agreements of similar scale to clear their pre-FID hurdle with an updated EPC contract the other primary gating event, according to analysts at Tudor, Pickering, Holt & Co. (TPH).

“An updated bid is expected later in Q4 with current messaging still indicating FID by YE’22. While the ultimate impact to ET equity value is contingent on final ownership [as low as 25%], continued commercial success remains supportive of parent trading performance ahead of a likely FID,” wrote TPH analyst Colton Bean in an Aug. 25 research note.

U.S. permits for the project were issued in 2015, but Energy Transfer has not yet reached a financial greenlight. The project, if sanctioned through an affirmative FID, will have a liquefaction capacity of 16.45 mtpa, according to the project’s website.

Energy Transfer also expects the Lake Charles LNG facility to benefit from its direct connection to the company’s existing trunkline pipeline system that in turn provides connections to multiple intrastate and interstate pipelines. These pipelines allow access to multiple natural gas producing basins, including the Haynesville, the Permian Basin and the Marcellus Shale.