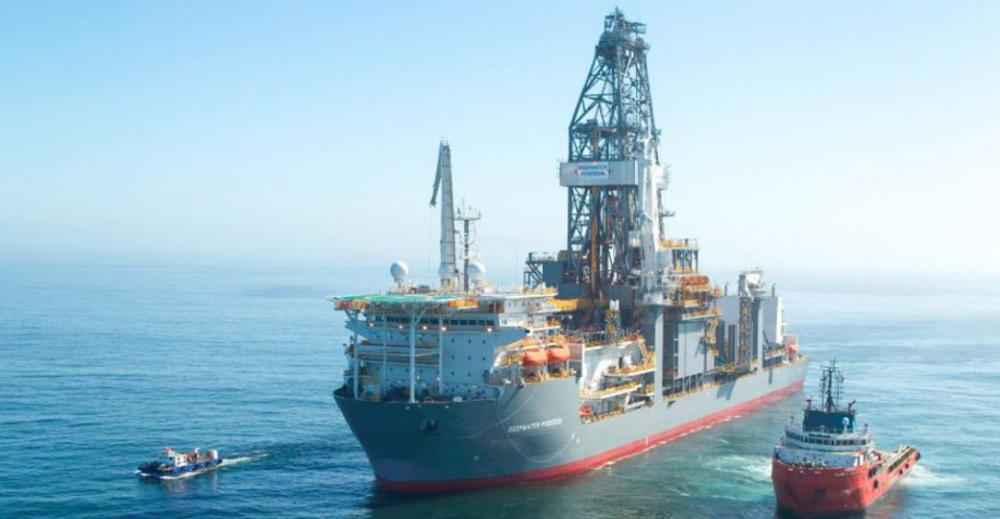 Shell’s Dover discovery was drilled by the Deepwater Poseidon newbuild rig in the U.S. Gulf of Mexico. (Source: Shell)

Editor's Note: This article has been updated.

Drilled in Mississippi Canyon Block 612 in a water depth of 2,280 m (7,500 ft), the well reached a total vertical drilling depth of 6,780 m (29,000 ft) measured depth. But it is too early for Shell to reveal the estimated size of the discovery as well results are still being evaluated.

“Early indications are that this is primarily an oil discovery,” Shell spokeswoman Kimberly Windon told Hart Energy in an emailed statement. “Additional evaluation of the well data must be completed before we can determine the total size and recoverable resource potential across the discovery, but we do anticipate that Dover will be a tieback.”

The deepwater Norphlet trend has given birth to several GoM discoveries in recent years, which helps to keep the offshore region on oil and gas companies’ exploration radar. Success in the trend continued in January when the Ballymore well hit 205 m (673 ft) of net oil pay, giving operator Chevron Corp. (NYSE: CVX) access to the Norphlet play in the eastern GoM, and the latest by Shell.

Shell Offshore Inc. has made six discoveries, including Appomattox, Vicksburg, Rydberg, Dover and Fort Sumter, in the Norphlet trend. The play, known offshore for its HP/HT conditions, is also present onshore. 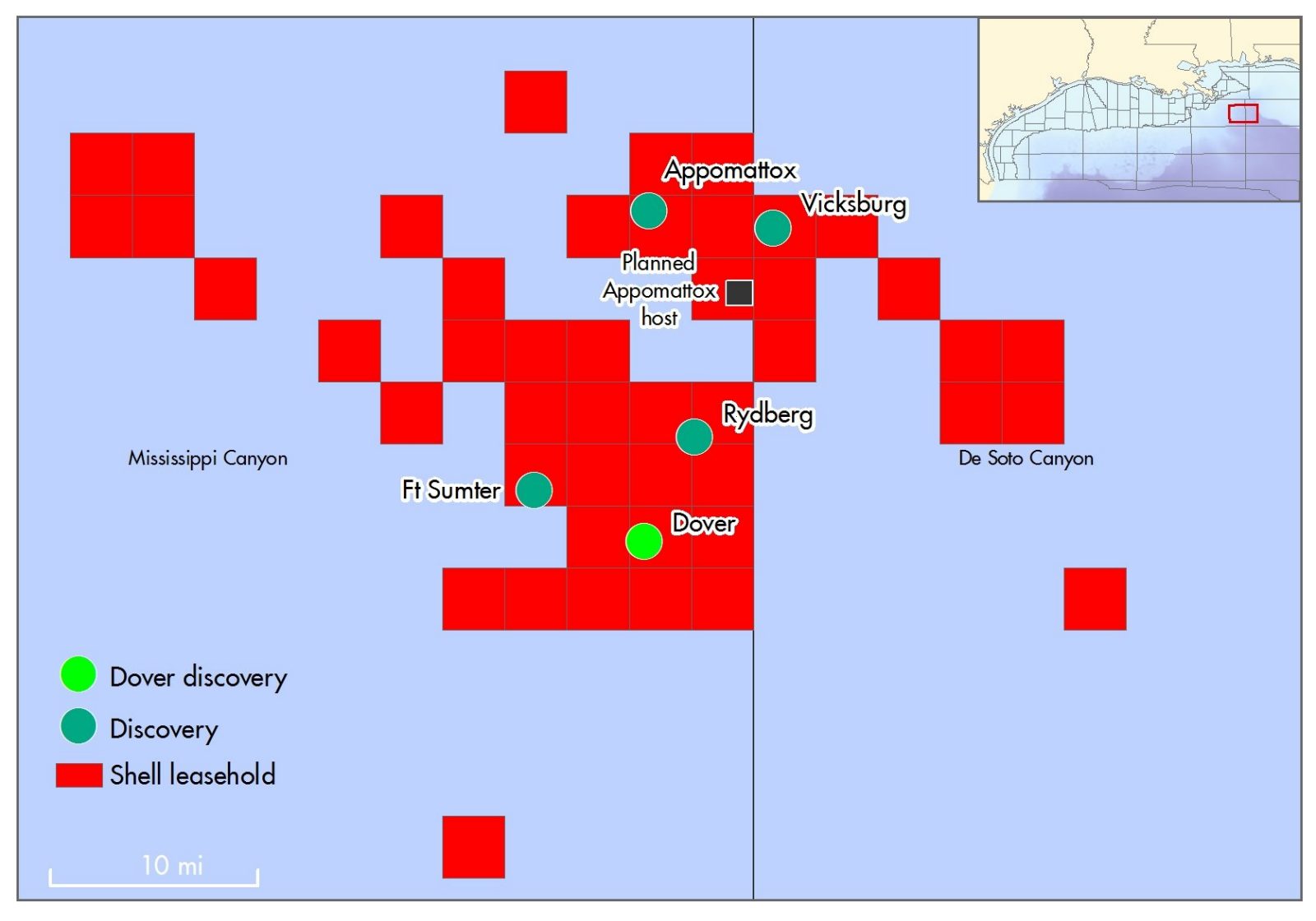 “Dover showcases our expertise in discovering new, commercial resources in a heartland helping deliver our deep water growth priority,” Andy Brown, upstream director for Royal Dutch Shell, said in a news release. “By focusing on near-field exploration opportunities in the Norphlet, we are adding to our resource base in a prolific basin that will be anchored by the Appomattox development.”

The company is calling the deepwater discovery an “attractive potential tieback.”

“Development planning will commence once we better understand the recoverable volumes, which will help determine next steps,” Windon said. “At this time, we do not anticipate that Dover is a hub-class discovery but has the potential to tie back to the Appomattox host.”

The find is located about 13 miles away from the Appomattox host, which arrived on location in the GoM and is expected to start production before year-end 2019.

Shell said its major, deepwater hubs are well positioned to grow production through near-field exploration and additional subsea tiebacks, another trend taking shape in the GoM. Maximizing use of existing infrastructure with use of subsea tiebacks has helped GoM producers cut expenses and operate more efficiently as they strive to generate value.

“The company expects its global, deepwater production to exceed 900,000 barrels of oil equivalent per day by 2020 from already discovered, established areas,” Shell said in the release.

Dover is 100% owned by Shell, while the company holds a 79% interest in Appomattox with Nexen Petroleum Offshore USA Inc. holding the rest.

A private seller retained Detring Energy Advisors to market for sale its mineral interests located in the Permian’s Delaware and Midland sub-basins and the Eagle Ford Shale.

Kaiser-Francis Oil Co. retained EnergyNet for the sale of a well package in the Anse la Butte oil and gas field in Louisiana’s Lafayette Parish through a sealed-bid offering closing May 19.

JL Capital Ventures retained EnergyNet for the sale of an Eagle Ford / Austin Chalk well package operated by EOG Resources in Karnes County, Texas, through an auction closing May 5.