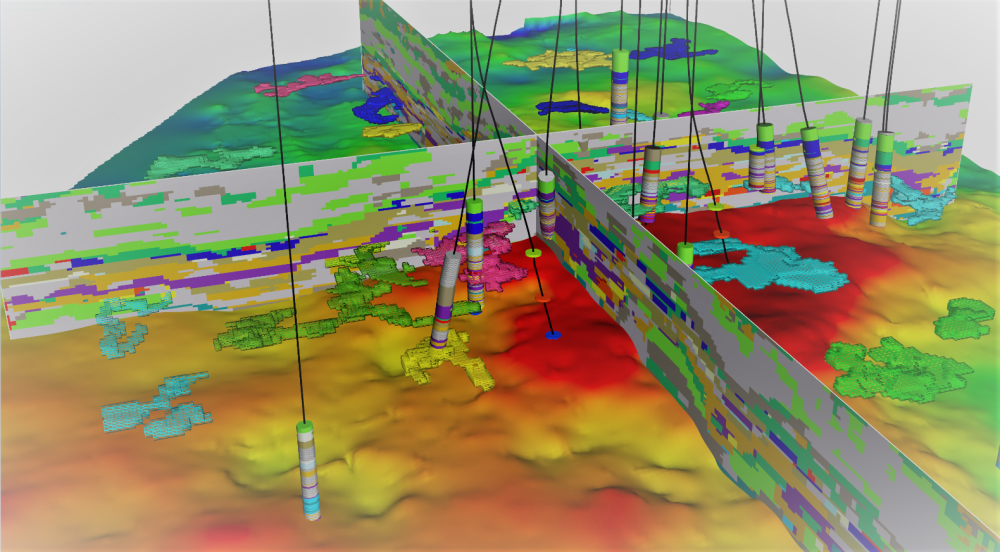 The downturn has unquestionably forced shale operators to get more efficient, not only in their drilling programs but also in their completions designs. Gone are the days when tools like seismic were considered unnecessary in shales because operators already knew where they were. In fact, shales, being the contrary rocks that they are, have thrown up a huge learning curve in terms of finding the best places to land the laterals and place the perforations.

So subsurface sensing tools are entering the shale domain like never before. Tools that were designed to peek below the salt domes in the Gulf of Mexico are proving to be just as adept at clarifying the complexities of shale formations. Seismic data contain a wealth of information that can help explain these reservoirs. For instance, seismic data can help image faults to both avoid drilling hazards and characterize areas of high fracture density. Incorporating rock property and geomechanical information helps operators better understand the pressure regime in their reservoirs and how this might impact eventual production.

With the wealth of data available in the shale plays, modeling is playing a larger role. Companies are able to use advanced computer mathematics to provide production forecasts within seismic datasets.

Industry adoption of these new techniques will result in more efficient shale development and greater recovery.

The following is a sampling of new technologies and products for reservoir characterization.

CGG GeoSoftware powers multidisciplinary workflows for all types of reservoirs, including complex unconventional resource plays. Jason Rock- Mod geostatistical inversion has proved itself to be an effective tool in these environments, providing high-detail reservoir models to guide well planning and more confidently forecast production. Geostatistical inversion methods integrate geoscience data of different scales from different disciplines, such as petrophysical well log data, seismic data and geological concepts, to create models that predict lithofacies and reservoir rock properties more accurately, not only at well locations but between the wells. This is important in unconventional plays, where the subsurface exhibits significant variations in lithofacies and reservoir and mechanical properties both laterally and vertically. Multiple realizations of the model are generated by RockMod that honor the input data and are then analyzed with a ranking tool to assess uncertainty in facies and rock property estimates. Key differentiators for RockMod include a Markov Chain Monte Carlo stochastic inversion scheme, where facies are simultaneously inverted with elastic and reservoir properties through rock physics models. This enables very subtle facies interpretations in complex plays. In addition, model results can be delivered in a corner point grid format, with or without upscaling, for direct integration into static modeling workflows and wellbore planning activities. cgg.com 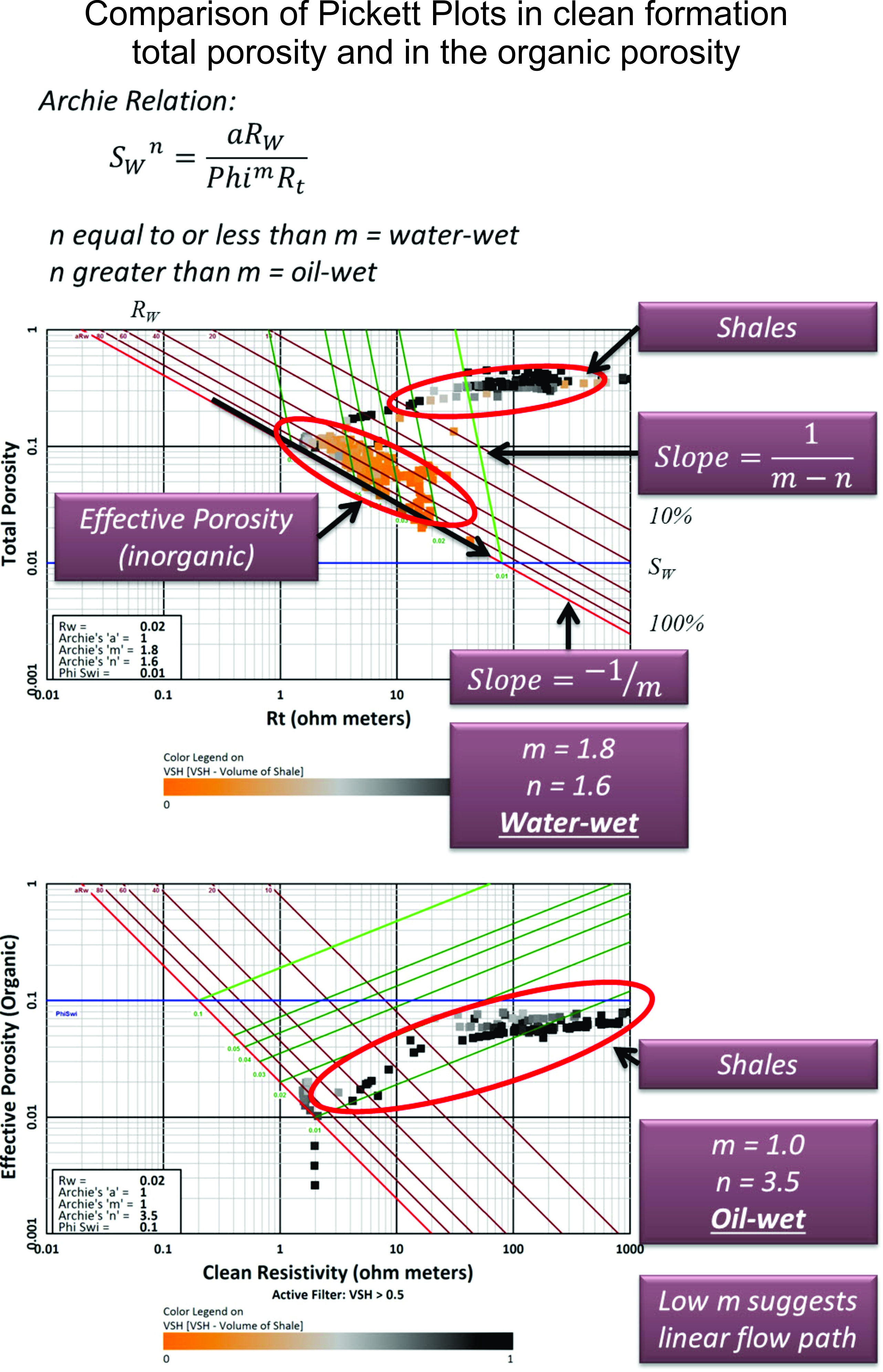 It is commonly recognized that unconventional reservoir systems have mixed wetting, both a waterwet fraction and an oil-wet fraction. Analysis of rock samples has been used for many years to measure reservoir wetting. However, there are currently no available petrophysical techniques for wetting categorization using readily available logging suites. In 2016 at the American Association of Petroleum Geologists meeting in Las Vegas, Digital Formation presented data from several unconventional reservoirs using triple- combo logs to categorize the porosity component that is water-wet while recognizing another component that is oil-wet. The oil-wet component is organic porosity generated from the total organic carbon during the thermal maturation process. This organic porosity has not been previously calculated in standard petrophysical analysis. The approach has very significant applications to the study of the flow characteristics of unconventional reservoirs. The amounts of porosity that are oil-wet and water-wet can be quantified level by level. Each component will have markedly different flow characteristics to derive a combined response for the total system. digitalformation.com

Geokinetics’ AVOz inversion provides a modelindependent characterization of amplitude vs. offset (AVO) anisotropy enabled from the ground up to support artificial intelligence, augmented quantitative interpretation and interpretation of sweet spots. This analysis workflow extracts attributes of azimuthal AVO in a data-driven fashion, applies artificial intelligence to resolve structure in the attribute space and then provides interpretation of these structures. Because the attributes are model-independent, classification and clustering is not constrained to limiting assumptions and ambiguities of models such as the Ruger model. Sparse Bayesian priors are applied in the prestack domain to guard against overfitting. A novel Euclidean prior is derived to preserve the rotational invariances required by the azimuthal degree of freedom. The Bayesian prior model is very general, assuming only sparseness of the layered earth and smoothness of the reflectivity surface. geokinetics.com

Shown is the magnitude of the anisotropic gradient for two clusters identified by an expectation maximization algorithm in the attribute space on a horizon at the base of the Marcellus Shale. (Source: Geokinetics) 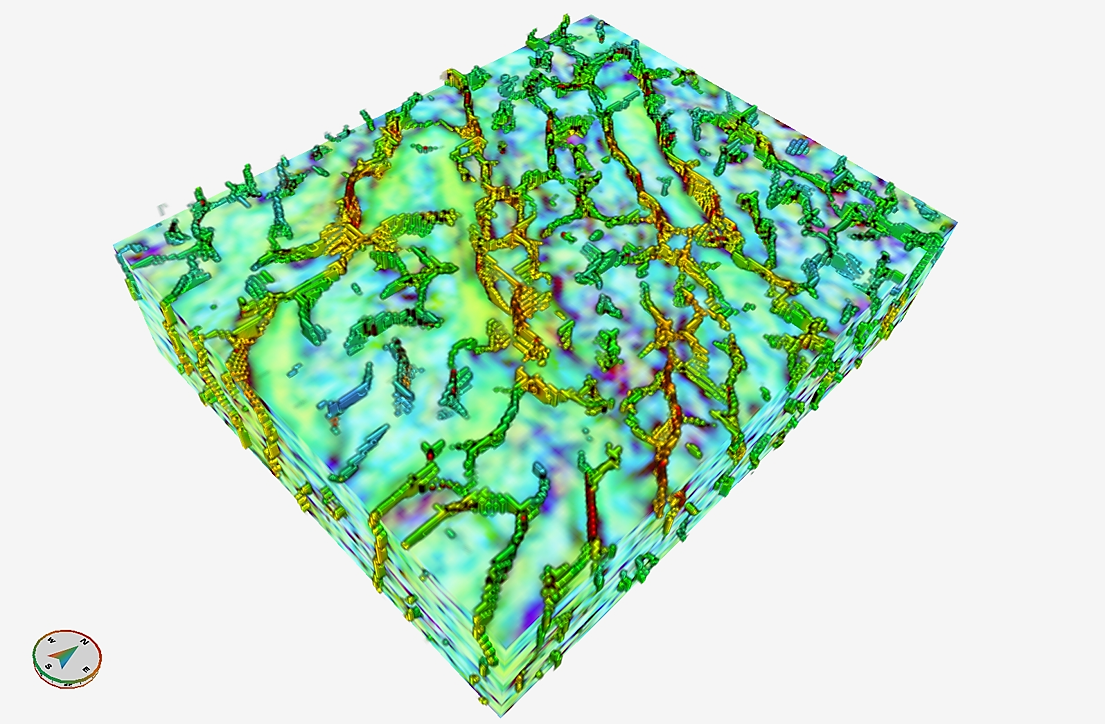 THE VALUE OF SEISMIC IN SHALE PLAYS

In onshore U.S. shale plays there is an abundance of well data, allowing geoscientists to correlate well tops, horizons and property distribution for model-building. With all of these well data, is seismic needed, and what can seismic tell us that the high density of well data doesn’t? Seismic data are extremely important for fault mapping. Faults can be a drilling hazard when geosteering but also define areas of high fracture density for improved recovery. A new way to understand the fault network is through cognitive interpretation. Cognitive interpretation harnesses the mind’s cognitive ability and the computing power of modern interpretation techniques to rapidly and accurately interpret geology. By revealing fault patterns through the blending of several fault attributes, geologists and geophysicists are able to gain a better understanding of the subsurface. Color blending helps identify the relationship between information from different data volumes in a single image. A blend of three fault attributes in a cyan, magenta and yellow (CMY) color scheme will rapidly provide new insights and distinguish greater detail from the variation in colors. Fault attributes using a CMY subtractive color scheme will result in black if all three fault volumes detect a fault. geoteric.com

BRIDGING THE GAP BETWEEN GEOSCIENCE AND ENGINEERING

Ikon Science leverages geoscience technology to characterize unconventional resource plays ahead of the drillbit and optimize development strategies. Ikon has integrated several key technologies including seismic inversion, rock physics and geomechanical analysis. Recently in the Permian Basin the Ikon team successfully predicted fracture initiation pressure from seismic and validated those predictions using drilling-induced fracture observations in borehole image logs. Ikon’s main seismic technology is joint impedance and facies inversion (Ji-Fi), developed in collaboration with CSIRO. It also is working with industry leaders in rock physics, including Lev Vernik, to develop tools explicitly for characterizing unconventional resources. Ikon’s technologies are focused on bridging a gap between geoscience and engineering, answering direct questions about well placement and completion design. Seismic data provide an important source of spatial information. Physical rock property information can be extracted from the seismic data that can be used as input for geomechanical models. By understanding the stress regime and rock properties, geomechanical behavior of the rock at prospective drilling locations can be predicted. Furthermore, the 2017 alliance between Ikon Science and FairfieldNodal will provide a combination of amplitude vs. offset (AVO)-compliant seismic imaging and quantitative interpretation technology that will undoubtedly lead to some interesting results for shales. ikonscience.com 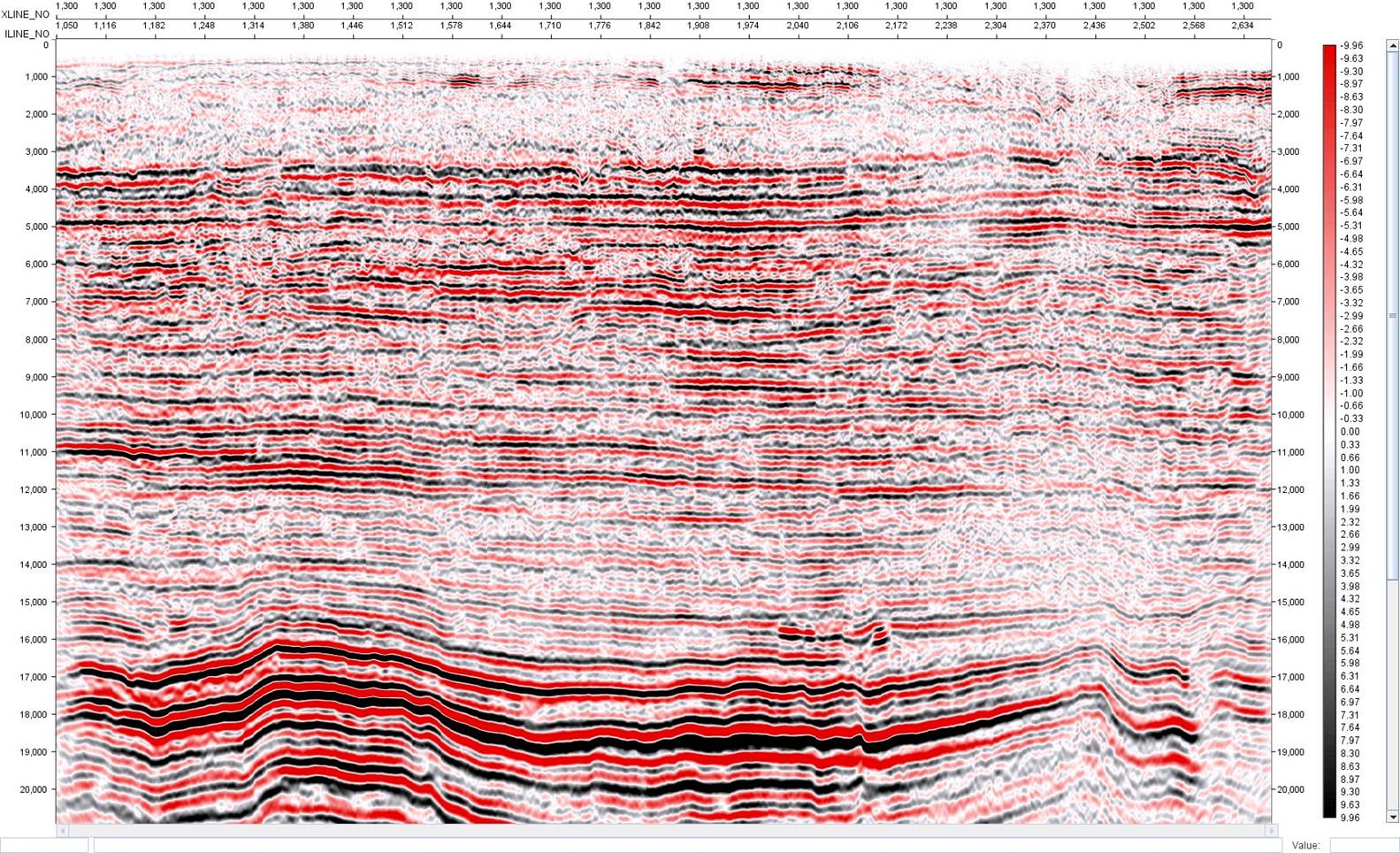 Quantico Energy Solutions has developed a synthetic logging service that reduces the cost and risk of obtaining openhole logs. Rather than running LWD, pump-down or tractored tools, the drilling dynamics and MWD gamma can be used to simulate neutron, density and sonic logs with the same accuracy as conventional logging tools. With openhole horizontal logs typically costing 10 times that of vertical logs, horizontal logging is impractical for most operators. Quantico’s logs provide rock property information along the horizontal well at a similar cost to logging vertical wells. Operators can use the horizontal properties to enhance their existing geological models. A case study demonstrated that a typical horizontal well has 20 to 40 times more calibration data in a landing zone than a vertical well. Incorporating derived properties such as rock mechanics or permeability creates significantly more detailed shale models to better target production sweet spots. Mapping compressive strength can significantly improve drilling efficiencies. The order of magnitude increase in well-to-seismic calibration points provides more stable wavelets for seismic inversions and thus greater resolution. Quantico’s process also quantifies velocity and layer-specific anisotropy across a region, leading to the elimination of up to half of the velocity iterations, which can reduce processing time by several months for depth migrations. quanticoenergy.com

The TGS Production Forecast Database is a library of every well in the U.S., containing both a monthly production projection and an EUR total. When combined with the Longbow desktop visualization tool, entire EUR basin studies can be built in minutes. This forecast engine leverages the TGS Well Performance Database to create forward production curves for all active producing shale wells derived from historical production data. Curves are generated using hyperbolic fitting, but this model’s advantage includes extended Kalman filter (EKF) techniques incorporated into the process. EKF techniques emphasize the most recent data, identify trends and adjust logic on the fly using a series of matrix math techniques and results in improved efficiency and accuracy. It is the first time to the developers’ knowledge that the EKF theory has been used in oil and gas forecasting. tgs.com 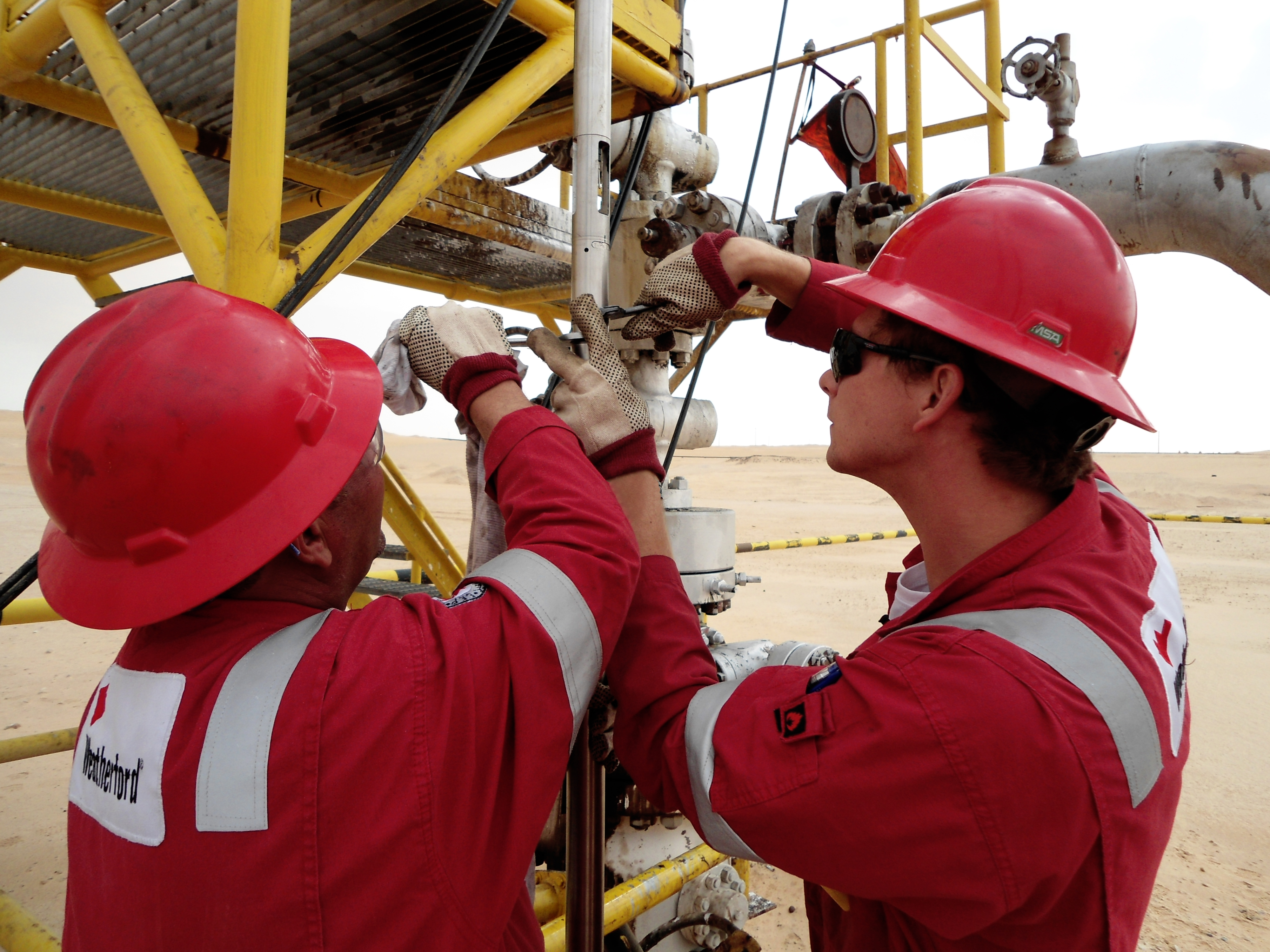 A profitable refracturing intervention begins with proper candidate selection. Combined with production logging, the Weatherford Raptor 2.0 cased-hole reservoir evaluation system helps identify and rank refracturing candidate wells by determining the existing flow profile and identifying unproduced intervals behind the casing. With 250% more sensitivity than standard two-detector pulsed neutron tools, the Raptor 2.0 system delivers definitive oil and gas saturation data. Rather than a generalized interpretation of the reservoir, the system finds and defines bypassed oil and gas volumes to within a few saturation units. These logs not only guide operators in selecting refracturing candidate wells, but they also give a precise roadmap to quickly increase production with standard cost-efficient perforating. Raptor 2.0 technology is well suited to the low-porosity environments in unconventional reservoirs. The system features a large four-detector array that enhances spectroscopic carbon-oxygen and sigma measurements and is highly sensitive to all hydrocarbons, especially gas. Fully compatible with production logging and many other formation evaluation technologies, the Raptor 2.0 system reduces workover costs and downtime with a single-run candidate-selection option for reperforation, restimulation and other production- management operations. weatherford.com

Zeiss Microscopy Business Group’s oil and gas products include microscopes that provide a range of multiscale imaging solutions, allowing petroleum engineers to move directly from the whole core down to the nanopore and back up again by integrating 2-D and 3-D data from light, X-ray, electron and charged ion microscopy in a single multiscale correlative platform. These data are then linked with advanced visualization, quantification and modeling tools to give information on porosity, pore structure, pore connectivity, mineralogy and mineral distribution, fracture aperture distribution, and many other key petrophysical properties governing macroscopic hydrocarbon flow and transport. This information can then be used to better inform the creation of field- and basin-scale models, guiding ongoing E&P and development. Characterization of the rock’s constituent mineral assemblage also is critical for understanding how a sample will respond to hydraulic stimulation, enabling producers and operators to better design well spacing and minimize completion failure. zeiss.com

This multiscale characterization of an organic-hosted shale porosity is trimmed from a 25-mm end down to sub-nm resolution. (Source: Zeiss) 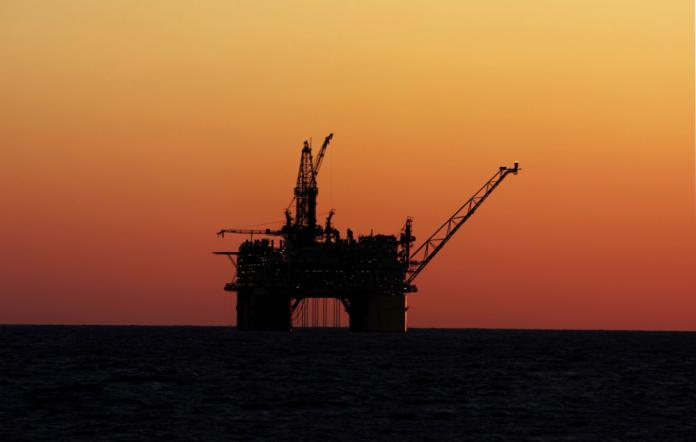 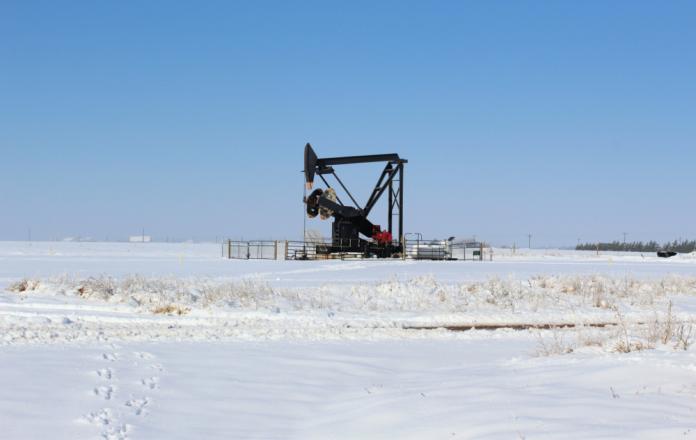 2022-08-30 - The adoption of Statewide Rule 3.66 represents the state’s first weatherization rule for natural gas facilities and implements provisions in Senate Bill 3, which was passed by the Texas Legislature and signed by Governor Abbott in 2021 following Winter Storm Uri.