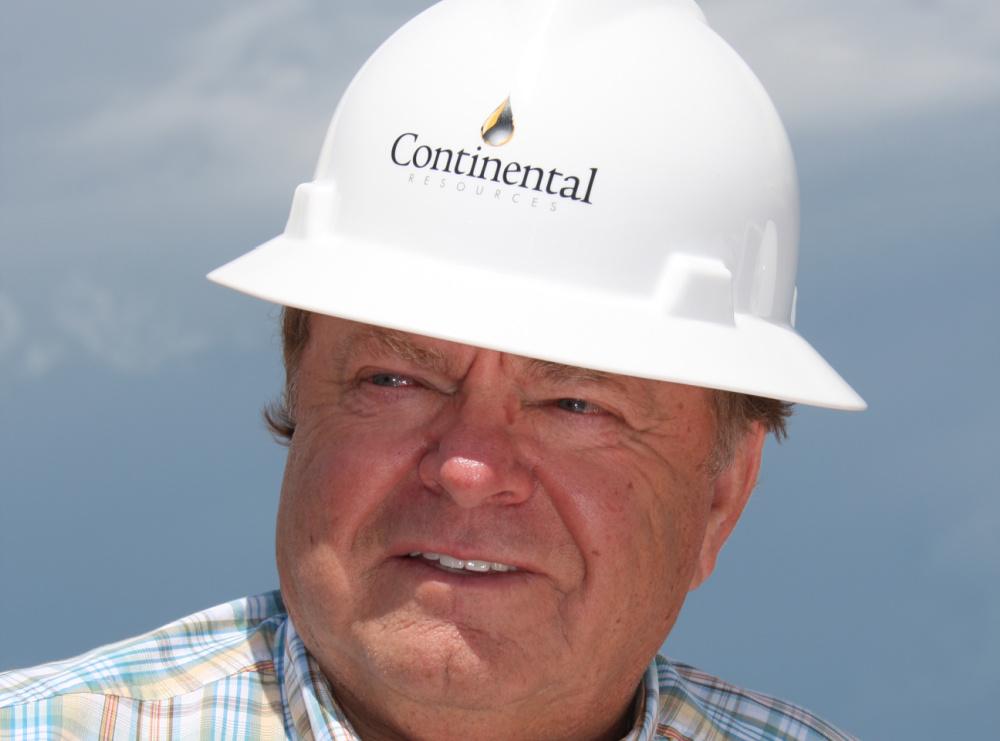 Harold Hamm says the Biden administration is doing “everything it can from a regulatory standpoint to block the industry.” (Source: Hart Energy photo library)

Shale pioneer Harold Hamm has hit out at the U.S.’s oil deal with Venezuela, saying it marked a new sign of “desperation” from the administration of Joe Biden as it tries to beat back fuel inflation.

The U.S. last week said it would allow supermajor Chevron to restart some operations in Venezuela, more than three years after Donald Trump’s administration imposed sanctions on the country’s oil sector. The move could help free up more global crude supplies amid an energy crunch triggered by Russia’s invasion of Ukraine.

“This Venezuelan deal, that’s a good example of the desperation that this administration is dealing with,” said Hamm, the outspoken shale billionaire who founded Continental Resources and previously advised Trump on energy policy.

Battling a surge in domestic fuel prices that have fanned rampant inflation across the U.S. economy, the Biden administration has released oil from the emergency federal stockpile, implored Saudi Arabia to supply more crude, and called on shale producers to increase drilling.

But Hamm said Biden’s earlier pledge to transition from oil and end fracking on federal lands had stymied the once-prolific shale patch.

“They know what they did. They know they took the federal lands off the table,” Hamm said in an interview. “They know better and shame on them . . . They want to put oil and gas out of business.”

Biden previously said that U.S. operators were still sitting on as many as 9,000 leases on federal lands, and in October lashed out at the companies for not drilling more to lower domestic pump prices, saying their bumper profits were a “windfall of war.”

The administration “has not stopped or slowed” U.S. output, Biden said at the time, adding that the country was on track to hit record production in 2023

But Hamm said the administration was still doing “everything it can from a regulatory standpoint to block the industry”. Federal agencies had blocked Continental Resources from drilling, he said.

“They’re using the worn-out tactics: anytime you’re not telling the truth, blame it on someone else.”

U.S. oil output plunged in 2020 as the coronavirus pandemic oil crash triggered a wave of shale bankruptcies and forced operators to idle some wells. Production has recovered to just over 12 million bbl/d, down from the record high of 13 million bbl/d hit in 2019.

“You have to understand where diesel comes from, and you can’t make it out of tar,” he said, in a reference to Venezuela’s ultra-heavy bituminous oil, which needs to be blended with lighter grades and requires extensive refining.

“You need more [shale], and you certainly do not need more of this foreign oil coming from a communist country like Venezuela,” he added.

Hamm was among oil executives who championed the 2015 abolition of U.S. curbs on crude oil exports. In 1999 he chaired a group that unsuccessfully sought U.S. antidumping charges against oil imports from Venezuela, Iraq, Mexico and Saudi Arabia.

While other executives have blamed Biden for the slow shale recovery, Wall Street investors have also demanded that producers use a windfall from higher prices to return capital rather than reinvest the cash in more drilling.

“Wall Street hasn’t helped,” Hamm said. “We don’t want somebody telling us what to do and how to do it. I can gauge the market about as good as the next guy.”