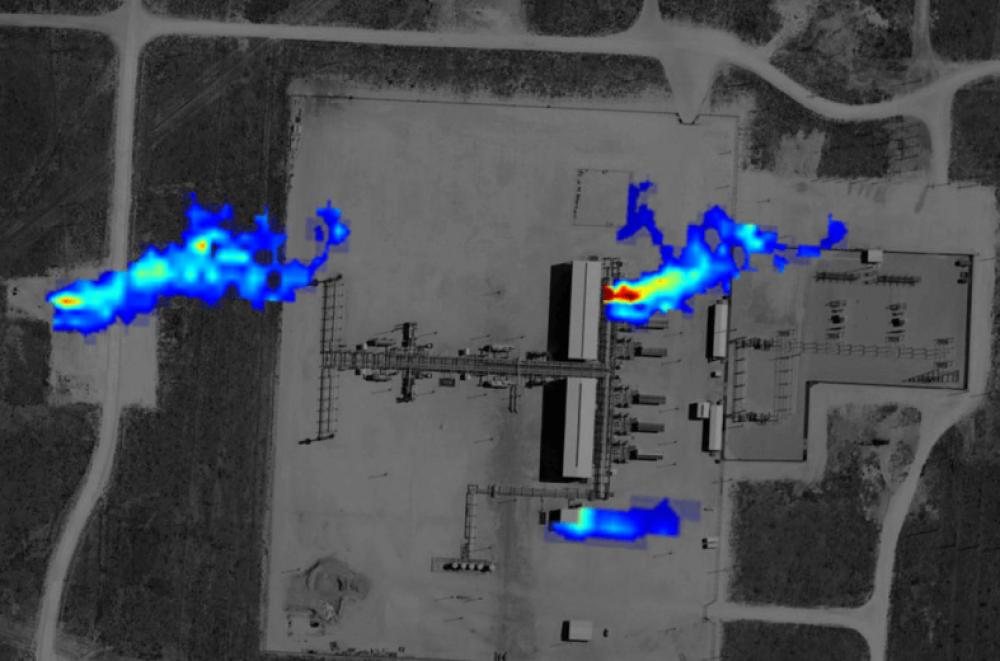 After each scan, Bridger provides Ascent Resources with a digital map that includes methane plume imagery, emission size and concentration, and GPS coordinates of every detected emission, according to a company release. (Source: Bridger Photonics)

Ascent Resources recently announced that nearly all of its natural gas production in the Utica Shale of eastern Ohio had achieved the top Grade A certification under the MiQ methane emissions standard supported by methane detecting laser technology.

In addition, to being one of the largest privately held E&P companies in the U.S. in terms of asset size and net production, Ascent places a strong emphasis on responsible operations. This focus has led to several partnerships including with Bridger Photonics, a Montana-based company that utilizes aerial methane detecting technology, Gas Mapping LiDAR, to detect, locate and quantify methane emissions.

“Ascent is committed to providing clean, reliable and affordable energy that is responsibly sourced. That foundational principle enabled us to achieve multiple top-tier, third-party certifications and we expect that our work with Bridger will further enhance our existing emissions detection and elimination efforts in a cost-effective way,” Ascent COO Keith Yankowsky commented in a release by the Oklahoma City-based company on Sept. 29.

Aerial methane detecting technologies like Gas Mapping LiDAR have grown in popularity with operators due to their ability to detect emissions more efficiently than alternative methodologies, according to the release.

The first scans will begin the week of Sept. 29, with the subsequent flights occurring quarterly so that Ascent can ensure it maintains the requirements for MiQ’s gas certification standards. After each scan, Bridger provides Ascent with a digital map that includes methane plume imagery, emission size and concentration, and GPS coordinates of every detected emission.

“Ascent is focused on its ESG initiatives and taking the steps to meaningfully reduce its emissions. We’re excited to partner with Ascent and provide actionable data that will help them reach their sustainability goals,” stated Bridger’s vice president of operations, Ben Losby.

Ascent, which is also the largest producer of natural gas in the state of Ohio, participates in other responsibly sourced gas opportunities in addition to certifying its production with MiQ such as Cheniere Energy’s quantification, monitoring, reporting, and verification (QMRV) research and development project. The Cheniere project is focused on more thoroughly understanding emissions and detection technologies associated with the upstream natural gas and oil production sector.