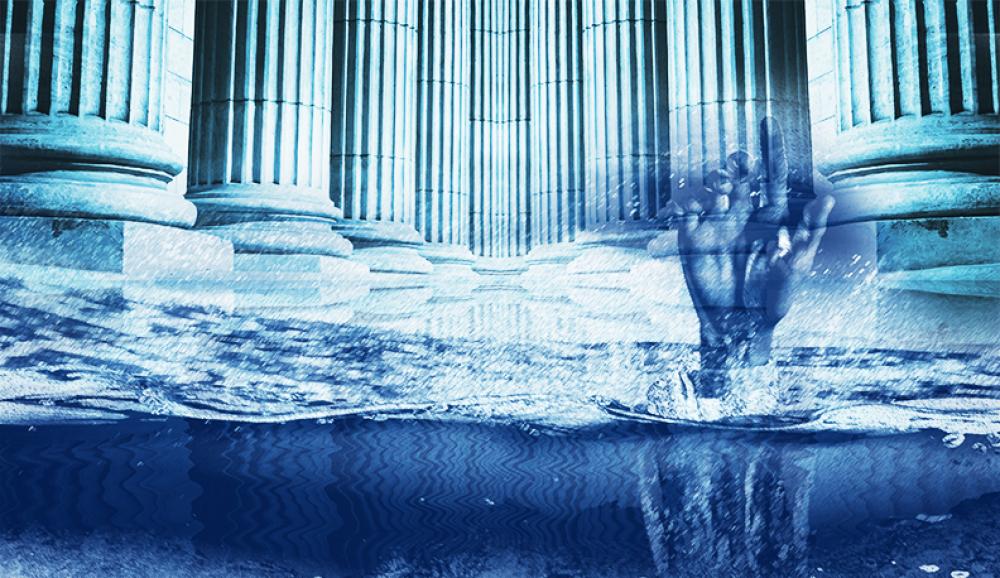 When produced water nears 1 trillion gallons annually it has to be addressed.

“One of the things I think we can lose sight of is just how much produced water we are creating…which is more on a per day basis than Niagara Falls has going over it in an hour,” Joel Mack, a partner at Latham & Watkins, said.

But with infrastructure constraints and the cost of managing produced water, operators have to find new ways to tackle the water, according to speakers on Latham & Watkins’ recent “Water Management in Oil and Gas Production” webinar. It’s an issue that Mack said service providers can help solve.

“When you have a lot of producers doing something that accounts for 40%of the costs in this sector and doing it all independently, it doesn’t take an economics degree to figure out that consolidation and offloading some of that management to a service provider can result in efficiencies—particularly, if the service provider can scale up,” Mack said.

By streamlining, consolidating and offloading the responsibility of water management from individual producers to service providers, he said producers will gain revenue for building out, developing and financing infrastructure.

Since 2012, the Permian and Delaware basins, as well as the Scoop/Stack, have kept Texas in the top spot with over 35% of all U.S. water production, according to a U.S. Produced Water Volumes and Management Practices report by the Groundwater Protection Council.

“There has been a lot of money involved in this [managing water in the Permian] and water-related expenditures could hit $17 billion aggregate in 2018,” Mack said.

Between 2012 and 2017 water volumes from the Permian increased by 400% and with the basin expected to grow exponentially, solutions aside from disposal wells and trucks will have to be adopted, he said.

“When operators in those basins are looking to address cost, squeeze margins, live within the budget and [figure out] how to reduce costs, all that drops to the bottom line,” he said. “As we’ve moved out and gone into new formations and in existing areas the disposal well, pipeline and the vehicular trucking infrastructures have lagged behind. That has resulted in significant costs for the operators.”

Mack said he has seen midstream companies focus on creating a water first business in order to help producers deal with the cycle and that there has been a lot of activity in those hot spots to discover alternative approaches.

The reinjection of produced water for enhanced oil recovery or disposal are the traditional practices. But, he said there is demand for that water in power generation, industrial activities, agriculture, dust control on roads and aquifer recharge in West Texas as well as injection for unconventional production, where limited treatment is required.

“There are longer term opportunities to create value in the reuse and reclamation of produced water as opposed to reinjecting it for disposal in the subsurface,” he said. “And we’re also seeing technical interest by some of the global water companies in developing these technologies in a cross-effective basis.”

He predicted regulatory and economic drivers will restructure the reuse of a significant portion of produced water in five to 10 years.

Touching on regulation, in July 2018 the Environmental Protection Agency and New Mexico signed a memorandum of understanding to address existing regulatory frameworks on reuse water issues.

Janice Schneider, partner at the law firm, said the memorandum “could result in changes in regulation at the state level and our understanding is that other states are interested and quite likely to follow suit,” like Colorado, Oklahoma and Texas.

As more water comes out of the oil and gas sector, she said the states and federal government are stepping to re-evaluate how the water should be managed.

The reuse and transfer of the water from one entity to another has drew state law questions regarding who owns the property, water rights and reaps the benefits as well as liability.

The EPA’s Water Infrastructure Finance and Innovation Act (WIFIA), created in 2014, is a federal water infrastructure bank that has emerged in the last two years. A loan or guarantee through WIFIA grants money for a broad array of water projects, including reuse.

“We’ve heard a fair amount of interest from stakeholders in this area about WIFIA,” Joel Beauvais, partner, Latham & Watkins, said.

Beauvais said some “attractive aspects” of the bank include 49% coverage of project costs, 35 years for completion of the project, low interest rates and the capacity to support $5.5 billion worth of loans for fiscal year 2018.

Mary Holcomb can be reached at mholcomb@hartenergy.com