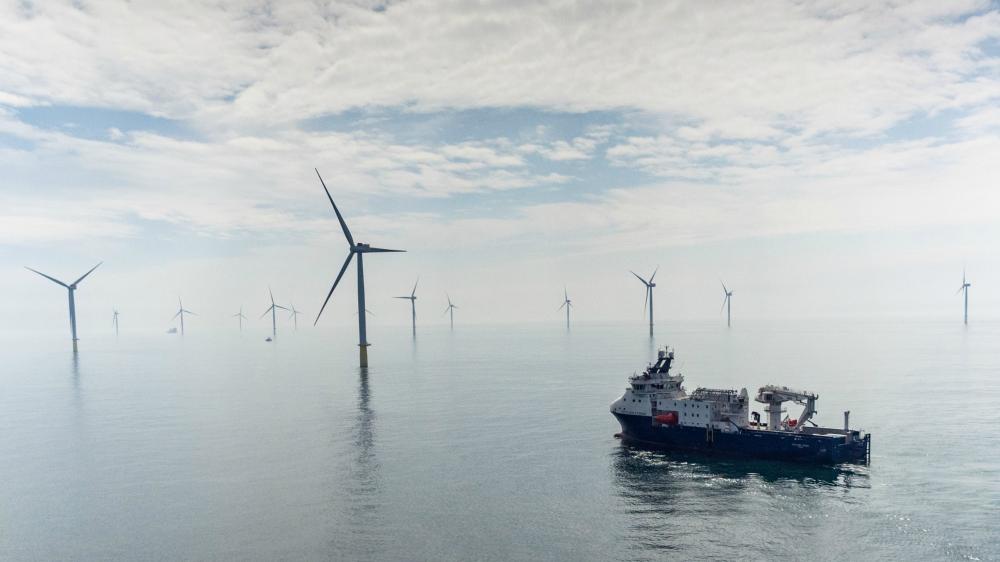 The growing global offshore wind industry is experiencing falling costs and gaining investment-grade ratings for certain projects, depending on the contractor and the construction schedule, S&P Global Ratings said in a recent report.

“A robust pipeline of new projects is growing to leverage the vast untapped potential of offshore wind around the globe,” S&P Global said in “Offshore Wind: A Changing Sea Of Risk,” authored by a team led by Madrid-based credit analyst Luisina Berberian.

The report was released as researchers at the Carnegie Institution for Science published a study in a scientific journal that shows offshore projects may have an enormous advantage in generation ability over land-based wind farms.

Wind speeds are higher on average over ocean than over land, so the researchers calculated that wind turbines in the open ocean could, in theory, intercept more than five times as much energy as wind turbines over land. Anna Possner and Ken Caldeira wrote that while it appeared to present an enticing opportunity, it was not certain if that phenomenon would translate into increased amounts of electricity.

“We found that giant ocean-based wind farms are able to tap into the energy of the winds throughout much of the atmosphere, whereas wind farms onshore remain constrained by the near-surface wind resources,” Possner said in a statement.

The North American wind energy industry is relatively new compared to Europe. Investment in European offshore wind has grown at an annual average of 30% over the last five years, S&P Global said, with the region hosting 70% of global installed capacity.

The maturation of the industry, particularly in Europe, has led to more transparency and better understanding of investment risks, S&P Global said, which has led to lower costs.

A key element in investment risk is technology, which affects turbines, structures, offshore substations, and possibly cabling and onshore connections. S&P Global assesses risk in this area based on categories of:

For example, one trend in the industry is to position larger turbines and foundations farther from shore and in harsher seas. Turbine manufacturers are leveraging existing technologies and adding new features.

The purpose is to lower installation costs (fewer turbines) and increase manufacturing and production efficiencies. From an investing perspective, a higher rating is more likely to be attached to a proven technology, with enhancements favored over new technologies, depending on the extent of the changes. If the turbine itself is a new technology, S&P Global is looking for strong testing, verification and certification.

Construction risk is tied to location. Engineering tasks in benign sea conditions are at less risk of delays and cost overruns than those farther out in harsh seas. When assessing risk, S&P Global considers the size and capacity of the project, but also distance to shore, neighboring projects, nearby ports, water depth, and tidal range and soil composition.

The last factor could impact foundation design, including boat landings; installation; and operational strategy, such as corrosion protection.

Delays and cost overruns are also tied to the ability and experience of the contractors involved.

“We expect the industry to leverage from the expertise and supply chain of oil and gas majors, which could act as a substitute or even complement the European companies, which to date have built most offshore wind projects in the world,” S&P Global said.

Who is involved is a key factor when bestowing a positive investment rating, S&P Global said. The analysts want certainty that the players have done this before.

“We believe only a few players are capable of delivering a project on time and budget, given the logistics and supply chain (industrialization and economies of scale) required to conduct the works,” the analysts wrote. “Therefore, in most cases we expect to define contractor experience as either ‘very experienced’ (as defined in the project finance construction methodology) or ‘experienced.’”