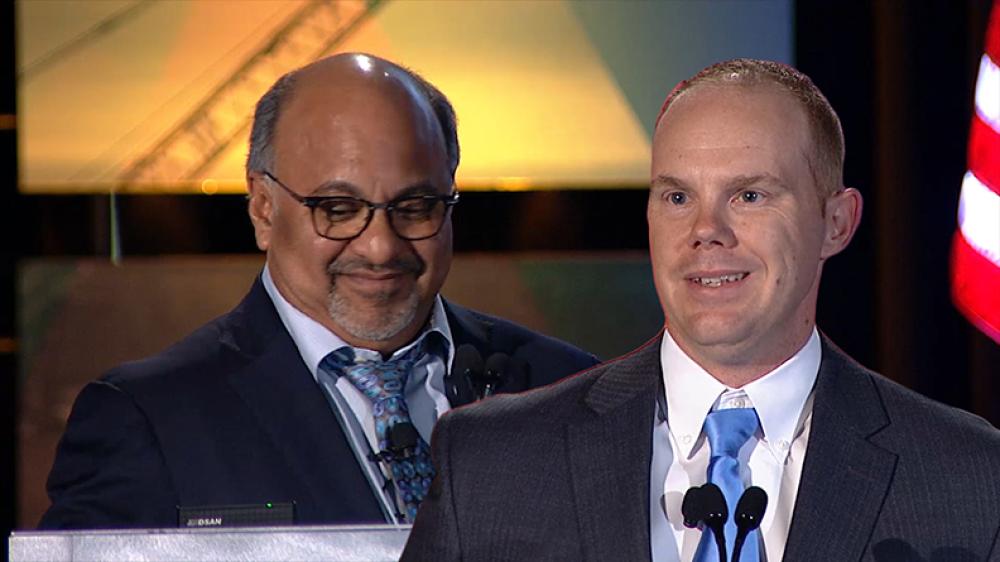 OKLAHOMA CITY—Gulfport Energy Corp. (NASDAQ: GPOR) has been a player in the dry gas-rich Utica since 2012, but around 2016 the company strategically decided to secure acreage that had the potential for a little more liquid.

In the Scoop, there is slightly more exposure to liquids. The return on the wells has been very competitive to Gulfport’s Utica asset and in some cases is outperforming some of the company’s dry gas Scoop oil.

“Because of that every dollar that we have we are going to re-invest that in the asset that has the highest rate of return,” Joshua Lawson, vice president of operations at Gulfport Energy, said during Hart Energy’s recently held DUG Midcontinent conference and exhibition. “So there is this effort to continue to try to transition more and more of our activity into the Scoop and try to focus on the more liquids portion of the asset.”

Oklahoma City-based Gulfport has 15,000 net acres in the Utica, and has more than 92,000 net acres in the Scoop asset. As of the end of third-quarter 2018, Gulfport is producing over 1.4 billion cubic feet per day, 20% of which is coming out of the Scoop. A lot of the production is gas and only 10% of it is liquid.

The thing that is most exciting about the Scoop for Gulfport is the geology. The Woodford is the source rock and with the thickening of the Woodford you have a 200-ft thick reservoir waiting to be developed.

Sitting on top of the Woodford is the Sycamore. Lawson says Gulfport has completed 24 Woodford wells and two Sycamore wells and a Spring well.

Gulfport did its homework first before diving in.

“We’re really excited about the Sycamore,” Lawson said. “Before we launched out and drilled those two wells we really did a lot of research on others operators in the Sycamore and the success they were having to determine the extent of the Sycamore play was—what the size of the prize is, if you will. A lot of them were having very good results.”

Casillas, which is currently running three rigs and two frack spreads in Oklahoma, has drilled over 40 wells and completed 38 of those in the last 23 months. The company has executed lateral placement within two separate benches within the Woodford and two benches in the Sycamore. Of these 40 wells, it has drilled 26 Woodford wells and 14 Sycamore.

The exploration of these 40 wells has yielded an average of 74% rate of return with a production ramp of 17,000 barrels of oil equivalent per day (boe/d). The commodity mix of the 17,000 boe is 65% liquids, Casillas said during his talk at DUG Midcontinent.

Casillas, based in Tulsa, started its Scoop venture in 2015, evaluating the Woodford and Sycamore reservoirs and then purchasing assets from Chesapeake Energy Corp. (NYSE: CHK) and Continental Resources Inc. (NYSE: CLR).

So 2015 was the prospect generation year followed by the asset identification in 2016. Casillas planned its stake in the Scoop with a first acquisition in April 2016.

Since 2016, Casillas has completed 12% within the Scoop core and is the leader in Sycamore completions at 56%.

“This 12,000-acre acquisition from Chesapeake was followed by our next acquisition of 30,000 from Continental in October of 2016,” Casillas said. “We ended the year 2016 with our first Woodford completion. We hit the ground running in 2017. We drilled 14 wells in total of which nine wells were in the Woodford and five wells in the Sycamore. We have since executed 26 wells in 2018 of which 17 were in the Woodford and nine wells in the Sycamore.

Gulfport Energy is also projecting big economic gains in 2019 in the Scoop. That’s because they know what they dealing with and understand the challenges.

“In 2019 because of the results we’ve had with our Sycamore wells we plan to try to execute on a full section development and co-develop the Sycamore at the same time,” Lawson said. “So we are talking about drilling a Woodford wells, a Sycamore solids well and on top of that another Sycamore wells in trying to maximize returns on that program and trying to be as capital efficient as possible.

“But there is one key thing that is critical, you have to be able to execute from a drilling perspective. Everyone knows that these wells are a challenge, they are deep and geologically they are a challenge. If you can’t execute from a drilling perspective then a lot of times you are just spinning your wells and you have a lot of capital invested in one unit and waiting on a return to come back.”

Lawson said the efficiencies they gained made it possible to drive down their drill days by 10% year-over-year since 2017. At the same time, penetration rate is up 14% year-over-year.

“Any drilling engineers out here know how big of a pain it is to get a call in the middle of the night talking about target changes and trying to steer in and out of zones,” Lawson said. “So when you are at 98% success rate that really does help with your efficiencies.”

“It might not seem like a big accomplishment but if you look at 2017 we didn’t have a single well that was drilled in less than 50 days,” he said. “So that’s very encouraging but there is still a lot of work to be done. I’m confident we are going to have regular efficiencies.”

The greater efficiency has led to improved production results. There has been an 11% increase in quarter over quarter.

“I wouldn’t say we have all of the answers,” Lawson said. “I definitely don’t, we’re still exploring, still trying to figure out how to make this whole project work. We are still trying to understand what it’s going to take to gain the best returns on every dollar invested.

“One thing I can say is we are very confident in our ability to have repeated success both in the Woodford and the Sycamore. The results will bear that. We are getting better understanding as to the extent of the acreage and figure out exactly what we need to do to maximize every dollar that is invested.”

Price Moncrief, a seasoned finance and corporate executive who previously worked for Concho Resources, will lead OWL’s strategic financial management as the company continues its expansion in the Permian Basin.