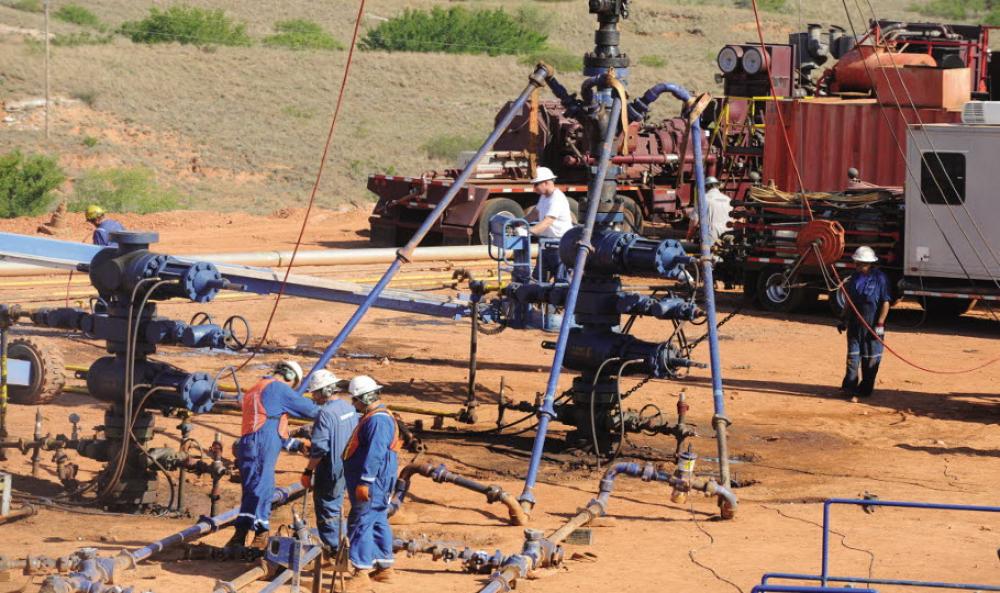 [Editor's note: This article has been updated from a previous version.]

The head of the world’s largest oilfield service company warned of growing global supply challenges in the coming year as Venezuelan production falls and Nigerian and Libyan output reach capacity amid lingering fears of possible sanctions against Iran.

“The only major sources of short-term supply growth to address the global production decline and strong worldwide demand growth are Saudi Arabia, Kuwait, UAE, Russia and the U.S. land shale oil operators,” Schlumberger CEO Paal Kibsgaard said April 20 on the company’s earnings call. “At present, the collective spare capacity of the three core OPEC countries is only in the range of 3 million barrels per day [MMbbl/d].”

He pointed out the potential of well-to-well interference being experienced in U.S. shale plays to cast doubt on a bullish U.S. production growth outlook along with infrastructure constraints and refineries nearing processing capacity for light oil.

Increased global E&P investment is needed to minimize the impending production deficit, he said, adding “In spite of these clear signs of a tightening oil market there has been no upward revision to 2018 E&P spending with North America and international upstream investment expected to grow in the range of 20% and 5%, respectively.”

Kibsgaard’s words were delivered a day after Reuters reported a joint OPEC and non-OPEC technical panel believes the global oil glut has been virtually eliminated. This followed moves by a pact of OPEC and non-OPEC member countries led by Russia to hold production cuts to about 1.8 MMbbl/d to improve market conditions—even as U.S. shale production soared.

The OPEC/non-OPEC Joint Ministerial Monitoring Committee reported on April 20 that countries participating in the pact achieved a conformity level of 149%. OECD commercial stock levels were adjusted downward, falling by 300 MMbbl to 2.83 Bbbl in March 2018.

This comes as drilling activity in North America continues to pick up.

“We expect drilling activity in North America land to continue to grow in volume and complexity in the coming quarters as more of our customers move toward longer horizontal laterals,” Kibsgaard said.

The company also expects to gain market share in its pressure pumping business as it prepares to deploy another 1 million horsepower during 2018. Capacity additions, however, could keep frac pricing range bound.

As Schlumberger (NYSE: SLB) continues to rebound from the downturn, focus remains on unleashing technology.

Kibsgaard said Schlumberger is ready to introduce the first complete version of its “rig of the future” to the U.S. land market. The land drilling system is a cognitive drilling rig that incorporates a software platform driven by data. The DELFI cognitive E&P software environment utilizes digital technologies such as security, analytics and machine learning, high-performance computing and the Internet of Things to improve operational efficiency and deliver optimized production.

Schlumberger shared the news while updating analysts on the company’s first-quarter 2018 results.

Although seasonal activity declines and weather-related disruptions, including in North America, cut into revenue potential for the world’s largest oilfield service company during first-quarter 2018, improved market conditions and increased spending by industry players helped to boost Schlumberger’s net profit by 88% compared to a year ago.

“As forecast, our results in the first quarter of 2018 largely reflected transitory factors, with seasonal reductions in activity in the Northern Hemisphere and planned project startup costs including the equipment mobilization, reactivation and redeployment associated with recent contract wins,” Kibsgaard said April 20 in a company statement.

The drilling group also saw its pretax operating income rise, up by 28% to $293 million, as E&Ps drilling longer laterals in shale oil plays pushed up demand for Schlumberger’s rotary steerable systems and winter drilling activity ramped up in Western Canada, the company said.

The first quarter got off to a slow start onshore North America due to freezing weather and many shale oil players taking a conservative approach to post-holiday activity ramp-ups, according to Patrick Schorn, executive vice president of new ventures for Schlumberger.

“However, with oil prices stabilizing well above $60 both drilling and pumping activity ramped up in the second half of the quarter and showed healthy first-quarter exit rates,” Schorn said on the call.

The results seem to be what analysts had anticipated as bad weather, frac sand rail disruptions and frac capacity additions were expected to impact quarterly results of oilfield service companies such as Schlumberger and Halliburton (NYSE: HAL), which is scheduled to release results April 23.

“While there is some belief that 1Q18 disruptions will simply defer revenue into 2Q, we note that issues were mostly cost related; activity seemed to normalize in February and March after some January weather disruptions but the upper Midwest rail congestion led to pumpers scrambling to buy spot market sand. Since sand pricing is expected to subside, the pumpers aren’t able to pass through these costs to customers,” Barclays said in a note April 18.

“The underlying international businesses started the year well, as business units in the Middle East, the North Sea and Russia were all in line with our first-quarter activity expectations, while activity upsides in Asia were offset by continued weakness in Latin America and Africa,” Kibsgaard said.

“On land in North America, our drilling services business continued to grow, driven by strong demand for horizontal drilling technologies. Revenue also increased due to the ramp-up of activity in Canada. The U.S. land pressure pumping business, however, was impacted by weaker than expected activity as well as by softer pricing, inefficiency, rising supply chain costs and rail logistical challenges. In spite of this, we continued to deploy available fracturing assets, including equipment from our newly acquired capacity,” he said. 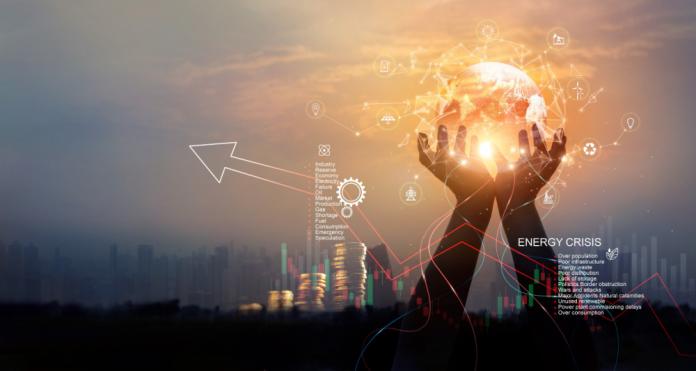 2022-10-18 - “Decades of procrastination have transformed what could have been a smooth transition to a more carbon-neutral society into what will likely be a more challenging one,” the IMF warned in a recent report.