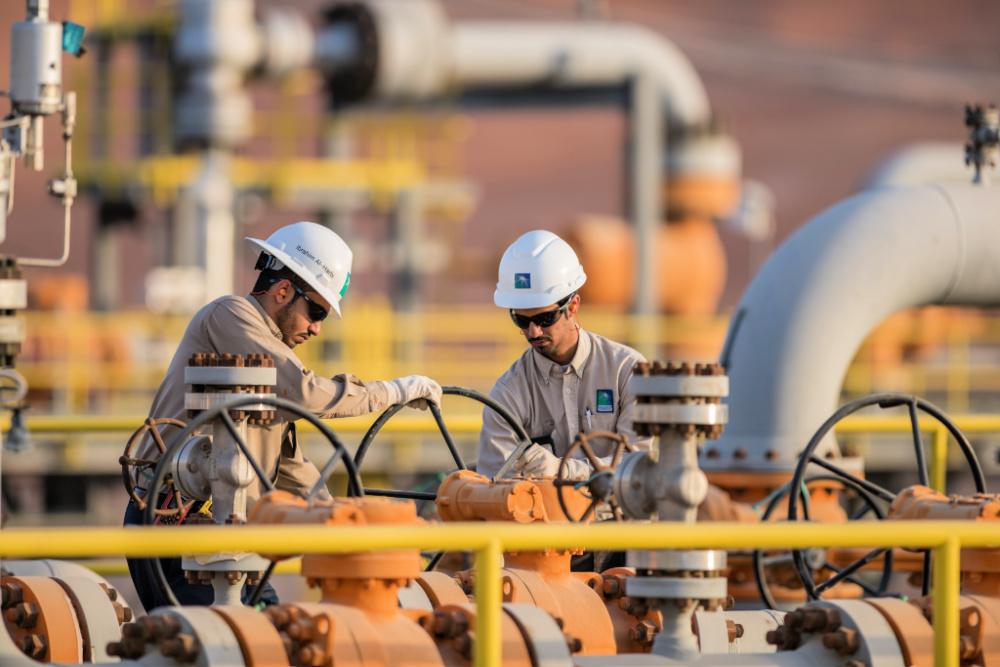 Saudi Aramco will at all times retain title and operational control of, the pipeline network and will assume all operating and capital expense risk, the companies said. Pictured, operators at an Aramco facility. (Source: Saudi Aramco)

Saudi oil giant Aramco on April 9 entered into a $12.4 billion deal with a consortium of investors led by EIG Global Energy Partners that would give the investor group a 49% stake in Aramco’s pipeline assets, the two companies said.

This is the first major deal by Aramco since its listing in late 2019 when the Saudi government sold a minority stake in the firm for $29.4 billion in the world’s biggest IPO.

The EIG-led group signed a lease and lease-back agreement with Aramco, acquiring the equity stake in the newly formed Aramco Oil Pipelines Co., with rights to 25-years of tariff payments for oil transported through Aramco’s crude oil pipeline network, it said in a statement. Aramco will own 51% stake in the new company.

EIG is a Washington, D.C.-based investment firm that has invested more than $34 billion in energy and energy infrastructure projects around the world.

“The transaction represents a continuation of Aramco’s strategy to unlock the potential of its asset base and maximize value for its shareholders,” Aramco said in a separate statement.

Aramco will at all times retain title and operational control of, the pipeline network and will assume all operating and capital expense risk, the companies said.

The transaction will not impose any restrictions on Aramco’s actual crude oil production volumes that are subject to production decisions issued by the kingdom.

The two companies did not identify the names of other investors in the consortium.

The pipeline deal is similar to infrastructure deals signed over the last two years by Abu Dhabi’s National Oil Co. (ADNOC), which raised billions of dollars through sale-and-leaseback deals of its oil and gas pipeline assets.

Aramco stake is preparing a so-called “staple financing” for its bidders–a financing package provided by the seller that buyers can use to back their purchase, sources have told Reuters previously.

Aramco said last month it was betting on an Asian-led rebound in energy demand this year after it reported a steep slide in net profit for 2020 on April 4 and scaled back its spending plans.