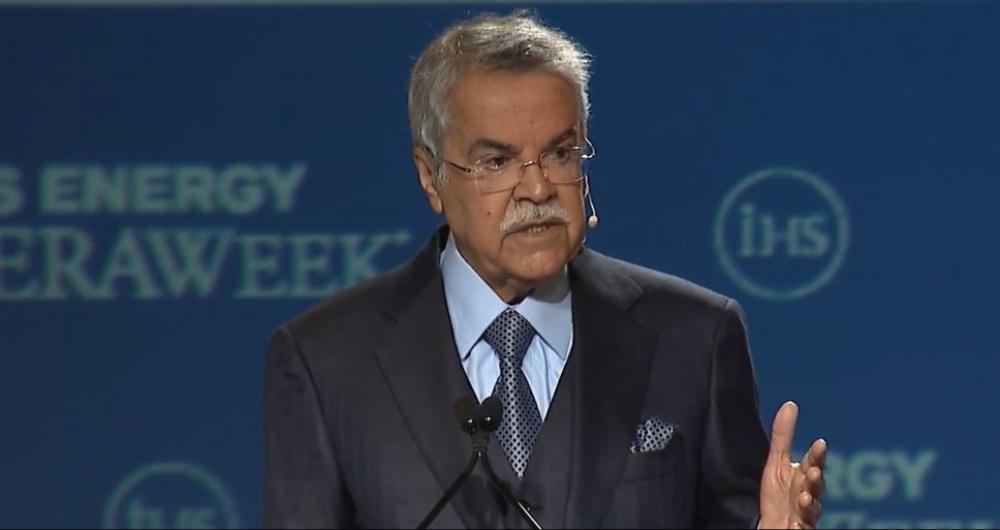 “Let me say for the record, again, we have not declared war on shale or on production from any given country or company,” al-Naimi said.

The speech was delivered at an international gathering of the world’s oil and gas leaders in the midst of unprecedented supply levels and low prices. OPEC leaders, including Saudi Arabia, have reached out to its members and non-members in hopes of freezing production to help rebalance the market, though many outsiders see the agreement as fruitless. The minister also warned that attacks on fossil fuels need to be countered.

Al-Naimi said he was pleased to see that U.S. producers are now able to freely export crude.

“We believe it will also help improve the efficiency and flexibility of the global market. For that’s what it is—global. We’re all in it together,” he said.

But he also said that producers of high-cost barrels must find a way to lower costs, borrow money or liquidate.

“It sounds harsh, and unfortunately it is, but it is the most efficient way to rebalance markets,” he said. “Cutting low-cost production to subsidize higher-cost supplies only delays an inevitable reckoning.” 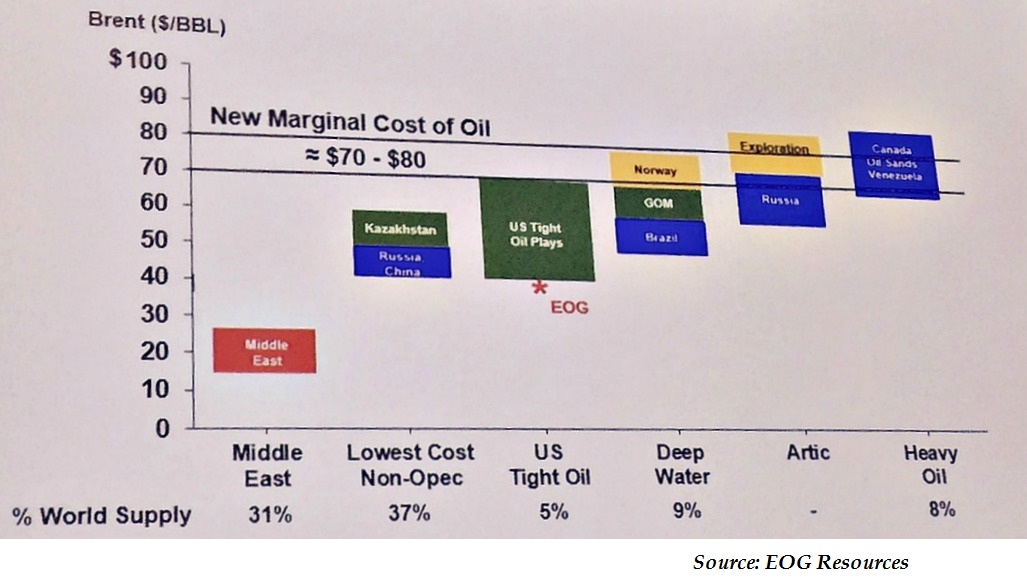 However, the Middle East enjoys the lowest costs in the world. Marginal cost in the U.S. could be about $70, while producers such as EOG Resources (NYSE: EOG) say they are at about $40.

Addressing the current instability, al-Naimi said that since joining Saudi Aramco as an office boy in 1947, he has seen oil at less than $2 a barrel (bbl) and at $147/bbl.

“I’ve witnessed gluts and scarcity. I’ve seen multiple booms and busts,” he said. “I have even survived peak oil. I think I have a T-shirt somewhere with that on it.”

Oil prices of $100 might have seemed reasonable but were historically very high, al-Naimi said. Prices also “unleashed a wave of investment around the world into what had been previously uneconomic oil fields.”

Along with the Arctic, Canadian oil sands and deepwater frontiers, investment also led to shale oil development in some parts of the U.S.

“This resulted in robust global growth of conventional and unconventional oil supplies. And the price started to fall,” he said.

At OPEC’s November 2014 meeting, he said many wanted the cartel to cut production to stop the fall in prices.

“But the oil market is much bigger than just OPEC,” al-Naimi said. “We tried hard to bring everyone together, OPEC and non-OPEC, to seek consensus. But there was no appetite for sharing the burden.”

So OPEC left it to the market as the most efficient way to rebalance supply and demand, he said.

With oil demand at more than 90 MMbbl/d, demand is strong.

“Long-term, this will increase. So I have no concerns about demand, and that’s why I welcome new, additional supplies including shale oil,” he said.

The industry has more that unites “us than divides us,” al-Naimi.

He said that the Paris climate accords generated a widely accepted but false narrative that fossil fuels are harmful and must be kept in the ground.

“I’m Saudi oil minister, yes; and I’m speaking to a room full of oil men and women, so of course I would say this. But I’m also a realist, and I am pragmatic,” he said.

He said fossil fuels will continue playing a vital part of the overall energy mix, like it or not. He added that he supported renewable energy, particularly wind and solar. But he said fossil fuels are not problematic, just their emissions.

“The answer is not to leave the world’s greatest, most plentiful and economic energy resource in the ground,” he said. “The solution is to work on technology that minimizes and ultimately eradicates harmful emissions. Some don’t accept this view, but I have faith in technology.”

Saudi Arabia, the U.S. and Europe were built on fossil fuel energy.

“As an industry, we should be celebrating that fact, and better explaining the vital importance of these precious natural resources,” he said. “We should not be apologizing. And we must not ignore the misguided campaign to ‘keep it in the ground’ and hope it will go away.”