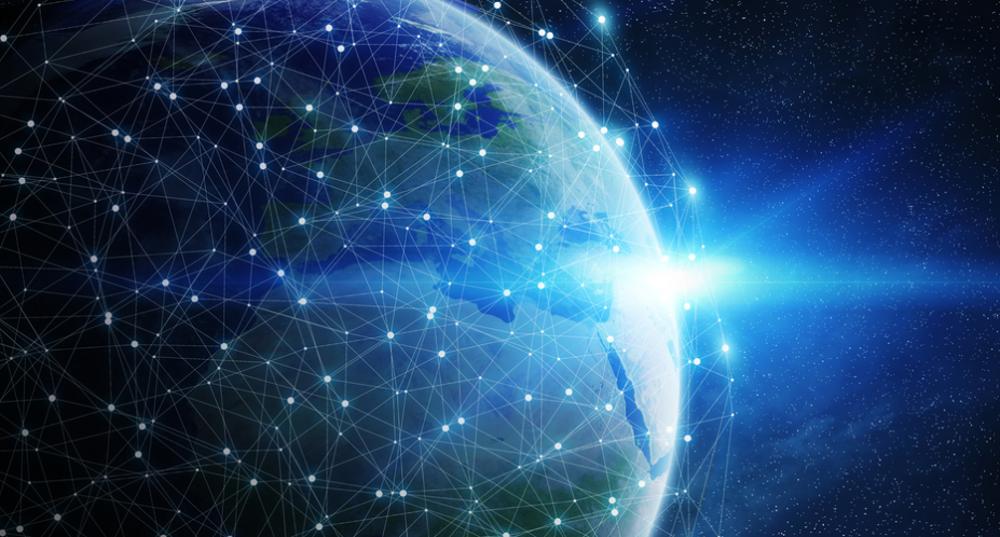 Want to see where well pads are popping up in the Permian Basin? How about assessing the risks of doing business in a country known for geopolitical tension? Are protestors moving closer to the Arctic-bound rig moving through icy waters? Just want to make sure the job is getting done?

Solutions are hovering in space in the form of about 180 small satellites, each about the size of a loaf of bread, rotating the planet and snapping images, according to San Francisco-based Planet, a company that designs and builds its own satellites and offers earth-imaging service. The company was co-founded by Will Marshall, a former NASA scientist, and Robert Schingler, who worked at NASA and helped to build its small spacecraft office.

The 6-year-old company—which serves markets such as defense and intelligence, agriculture, finance and forestry—has moved into the energy and infrastructure space. The focus is on capturing images of areas where companies might be interested in exploring, asset management, competitive analysis, corporate risk management and sustainability, Planet’s Andre Parris said, noting the company has seen the most interest in competitive analysis such as identifying equipment or well pads. 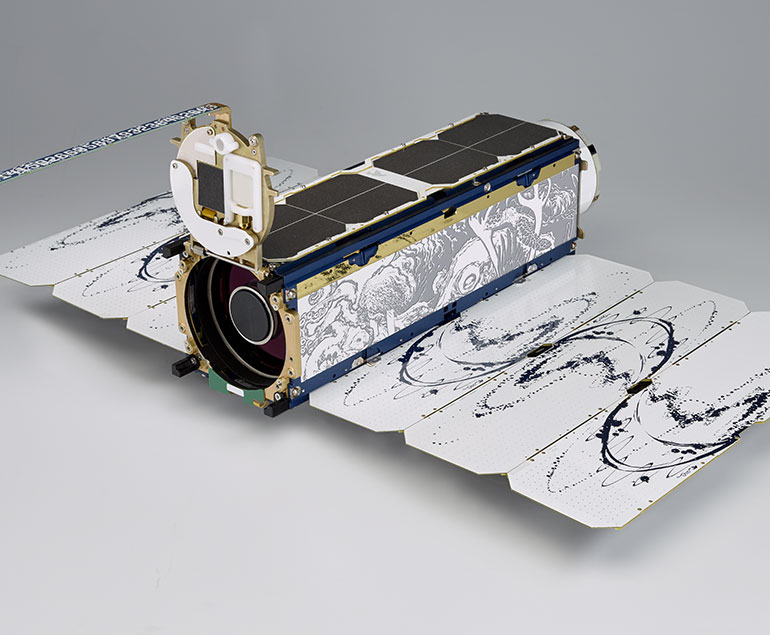 “We’ve built an automated well pad identification tool that basically leverages a facial recognition technology to auto identify well pads that form in any of the basins on earth,” said Parris, senior sales executive for energy and commodities for Planet. “There is a lot of interest in that tool as it relates to identifying potential competitive activity.”

He added that oil and gas companies already have a “good handle on what their operations look like but they don’t really know who’s doing what where.” Companies have much interest in using satellites for right-of-way management of pipelines, he said. Planet would not name its clients.

The company operates about 180 Dove satellites, measuring 30-by-10-by-10 centimeters, which are launched into space on other aerospace vehicles.

“The thinking of the founders at that time was building satellites cheaper, smaller, while very capable, would enable them to put many more satellites in orbit,” said Trevor Hammond, Planet’s corporate communications director. He added that some of the world’s largest constellations contain up to four satellites; however, “By getting upwards of 100 satellites in a single constellation it’s a whole different type of imaging capability.”

As explained on the company’s website, the Dove features:

Images are taken around the clock daily. Plus, “You’re able to go back in time to places that we have imaged that you otherwise wouldn’t have imaged,” Hammond said, adding the imagery is available online. “Traditionally, satellite imagery has been provided to people via a hard drive mailed to them via FedEx.”

Images are available within 24 hours, but the company is working to bring that down to six hours, or less, by first-half 2018, Parris said.

“The images are about three meters per pixel resolution. That means any given pixel represents 3 meters on the ground, meaning they are able to see buildings, roads,” Hammonds said. “You can make out cars on a freeway, but you can’t tell what kind they are, or what color they are.” 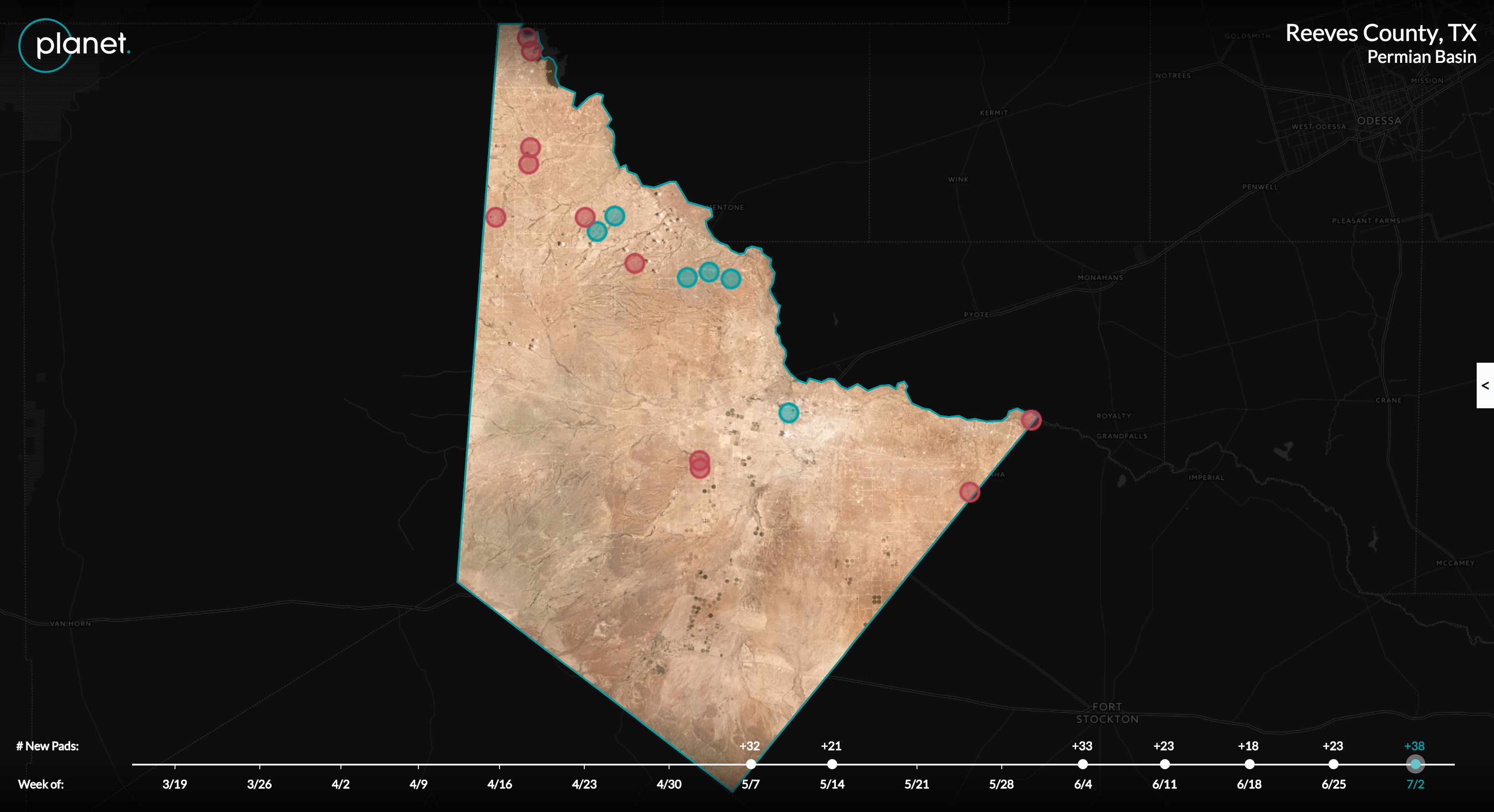 The technology can be used to capture images onshore and offshore. However, it can’t capture data such as temperatures and pressures. A finer resolution is needed, Parris said, noting even fixed-wing aircraft may have difficulty getting such data unless they are equipped with sensors. Planet, he said, is working on tests involving different sensors.

Targeted monitoring is another area that Planet’s products, which include two other types of satellites, are seeing use by the energy sector. Earlier this year, the company acquired Google’s Terra Bella satellite company, giving it the ability to capture higher-resolution images such as large pipeline spills by detecting discoloration.

“Companies might want to monitor a specific facility, well pad or groups of facilities. These are usually small point-based monitoring of targeted sites. We also provide the flexibility to move those sites around so you can custom target any locations of interest,” Planet said. “In short, companies will leverage our PlanetScope (3m) medium resolution constellation to identify broad-based change and then once targets are selected that need a higher resolution look they will leverage our SkySat (>1m) constellation to capture a more detailed image.”

The satellite technology allows companies to focus on specific areas. For a closer look, companies may opt to send in workers in trucks, helicopters or drones, Parris said.