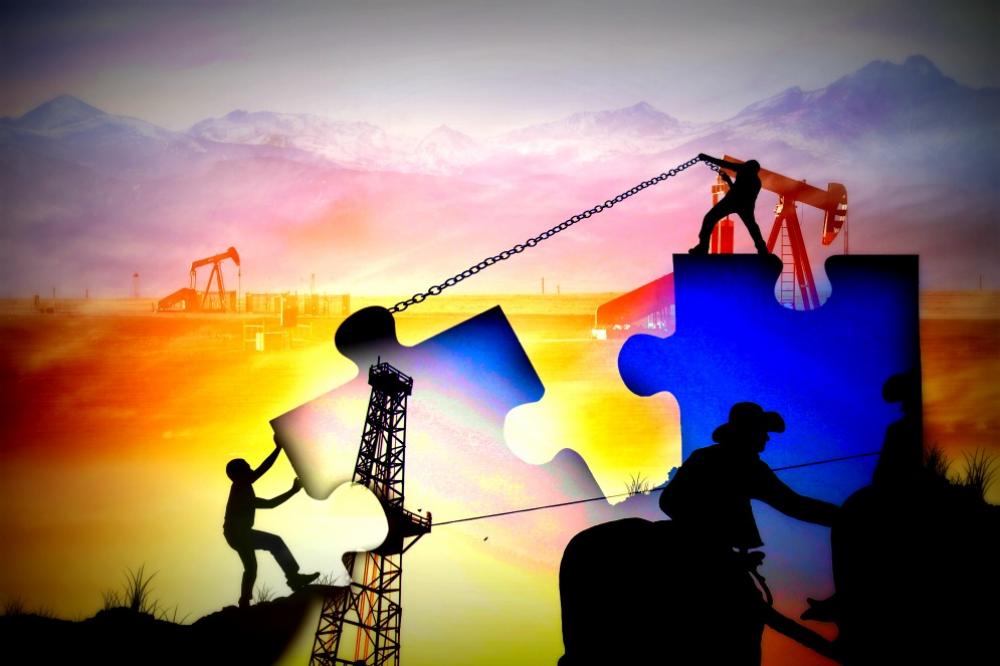 As part of a definitive merger agreement, SandRidge will acquire all of the outstanding shares of Bonanza Creek in a cash-and-stock transaction valued at a 17.4% premium to Bonanza Creek's closing price as of Nov. 14, according to the joint company press release. Upon close, Bonanza Creek shareholders would own about one-third of SandRidge.

The deal includes all of Bonanza Creek’s assets, including roughly 67,000 net acres in the Denver-Julesburg (D-J) Basin’s Wattenberg Field and about 11,500 net acres targeting the Cotton Valley play in the Midcontinent in Arkansas. 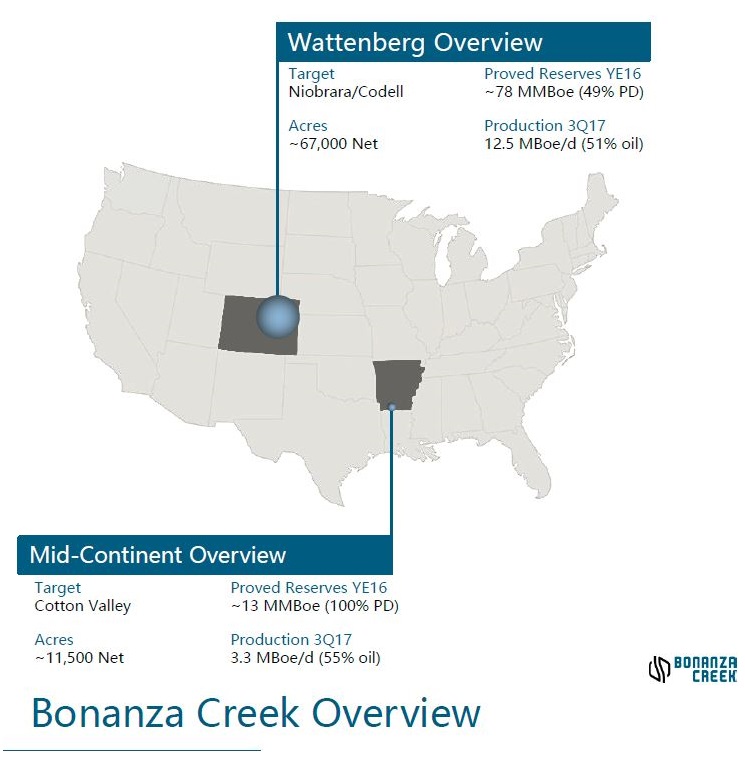 SandRidge said the deal works out to about $5,200 per acre. The adjusted price per acre may be as low as $4,400 per acre—with differences dependent on how production is valued, Phillips Johnston, a Capital One Securities analyst, said in a Nov. 15 report.

“This math excludes any value for Bonanza Creek’s undeveloped Midcon acreage,” he said. “The implied valuation is significantly less than the $16,000 per acre price that SRCI recently paid for Noble Energy properties in the D-J Basin, but we note the acreage quality of that deal is superior.”

James Bennett, SandRidge’s CEO, said the acquisition of Bonanza Creek will enhance the company’s existing portfolio by adding a deep inventory of drill-ready locations in the D-J Basin of Colorado and is “highly complementary” to SandRidge’s existing North Park, Northwest Stack and Mississippian assets.

Combined with Bonanza Creek, SandRidge will operate more than 630,000 net acres focused in the Rockies and Midcontinent with roughly 55,000 barrels of oil equivalent per day (boe/d) of production as of Sept. 30.

“The geological and operational characteristics of Bonanza’s Niobrara and Codell locations are analogous to our existing Colorado North Park assets, and we expect to benefit from the expertise of their teams,” Bennett said in a statement. “Overall, we believe this will drive strong risk-adjusted returns in both areas. Likewise, SandRidge will benefit from the greatly increased scale and substantial cost and operational synergies as a result of the transaction.”

Additionally, the acquisition will be accretive to SandRidge's cash flow per share beginning in 2018 and will enhance the company's ability over time to increase cash flow generation, he added.

While still in bankruptcy earlier this year, Bonanza Creek had been in talks to merge with Bill Barrett Corp. (NYSE: BBG), according to a Securities and Exchange Commission filing from January 2017. However, nothing panned out between the two companies.

SandRidge’s acquisition of Bonanza Creek is expected to close in first-quarter 2018, the companies said.

Bonanza Creek shareholders will receive $36 per share under the agreement—$19.20 in cash and $16.80 in SandRidge stock. As of Sept. 30, SandRidge had $133 million in cash and equivalents. Following the transaction, the company’s cash would fall to $10 million. Shareholders in both companies will have to approve the deal.

Following completion of the transaction, shareholders of Bonanza Creek are expected to own between about 31.4% and 35.8% of the outstanding shares of SandRidge based upon the Average Parent Stock Price. One of the independent directors of Bonanza Creek will be joining the SandRidge’s board.